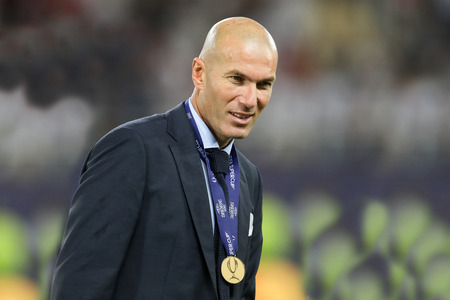 Paris Saint-Germain is the richest club in the world at the moment. If many great coaches dream of coaching him, Zinedine Zidane, though without a club, has refused.

After several months of suspense, the news went around the world. Zinedine Zidane, who turns 50 on Thursday 23 June, will not be the future manager of the club from the French capital.

| READ ALSO: From misery to glory: the fabulous fate of the Zidane family

At least not next season, and probably not the next ones. Longing for the Champions League that has eluded them for 10 years, the Qatari owners of PSG have given priority to the arrival of the one who has won it three times in a row with Real Madrid (2017-2018-2019).

Several times, the track cooled before being relaunched with a vengeance. This time, it is permanently abandoned. This was confirmed by the coach of the Parisian club Nasser Al-Khelaïfi, announcing that the real advantage of the club is precisely the Nice coach Christophe Galtier, one of the most coveted coaches in France. According to Al-Khelaifi, it was never about bringing Zinedine Zidane.

The one who said NO. pic.twitter.com/A3aqUpQOhW

“I love Zidane, he was a fantastic player, of incredible class. An exceptional coach even with three Champions League “he said in an interview with Le Parisien published on Tuesday, June 21.

“But I’ll tell you one thing: we never talked to him, either directly or indirectly.”, He admitted. But the French press, which in recent weeks has reported the involvement of the Emir of Qatar in the case, does not believe a word.

The reason behind the refusal

According to various specialized media, the former Real Madrid manager held a final meeting on Tuesday with the PSG management to which he meant a definitive no.

If the file is closed, speculation about the reasons for this refusal continues. Throughout the soap opera, several reasons were cited that could prevent the Franco-Algerian coach from sitting on the PSG bench.

We carry on family considerations, his loyalty to his hometown, Marseille, an incompatibility with the personality of the new sporting director of the club Luis Campos or even Zidane’s willingness to take over from Didier Deschamps at the helm of the French team, after the 2022 World Cup.

This Wednesday morning, it is the latter reason that is the most advanced in the analysis of the specialized press. It is estimated that the course of the Blues in the League of Nations this June has changed everything.

The poor results of the selection would have given Zidane the hope of seeing the position of coach released. This is what, for example, the journalist Daniel Riolo claims.

“What happened to the League of Nations tipped the scales somewhere. I don’t know if it’s 5%, 10%. Knowing that whatever happens, of course, he acted, Deschamps will leave France to Zidane after the World Cup “, claimed the RMC Sport reporter. Before adding: “So I think it must have come into play at the time of the final decision.”