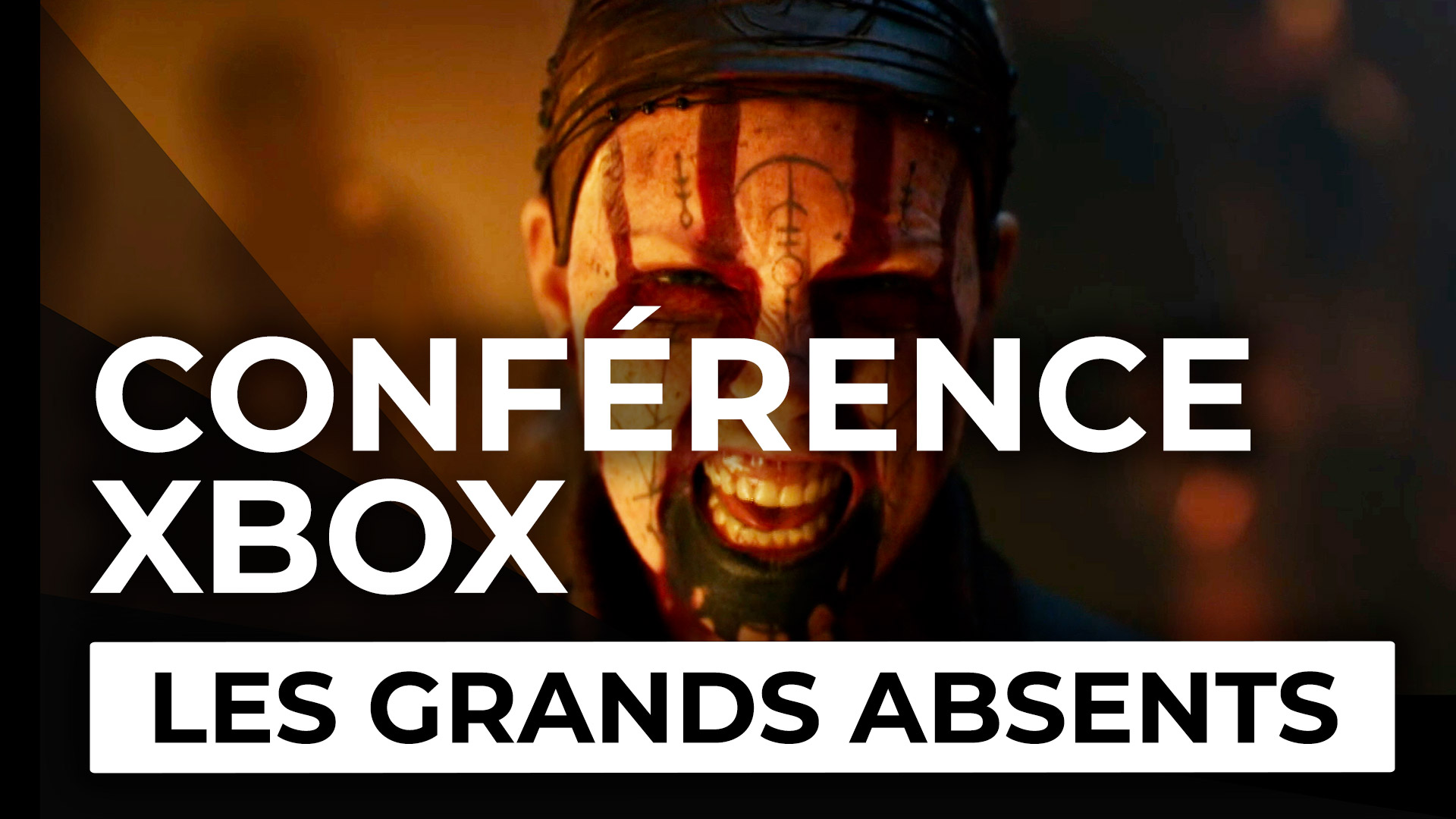 After the bulk of the Summer Game Fest conferences, it is time to look back and make a first point on the games that we are waiting for and that we would have liked to see, but which unfortunately did not deign to point the tip of their noses. 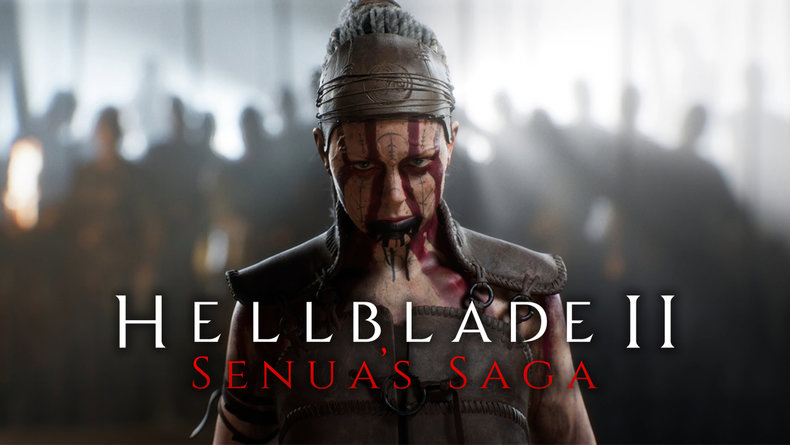 Despite an early gameplay sequence unveiled at the 2021 Game Awards, Senua’s Saga: Hellblade 2 has remained far too subtle for our tastes since its announcement in 2019 and would have greatly benefited from being part of the Xbox & Bethesda Games Showcase. In fact, other than its eye-catching plastic and her heroine still suffering from auditory hallucinations, we don’t know much more about the upcoming Ninja Theory title which may even be a little more action-oriented than its predecessor. Unfortunately, you’ll have to have some patience to go through with it …

For now, Senua’s Saga: Hellblade 2 is slated for PC and Xbox Series X | S on an undisclosed release date, but will be available directly in Game Pass. 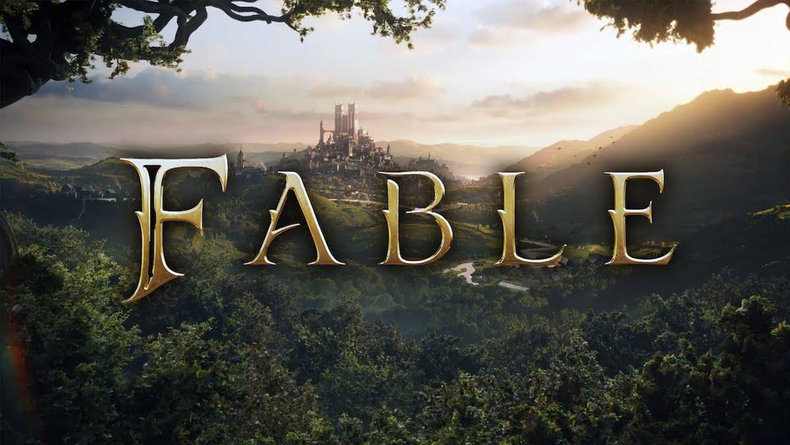 Much like Senua’s Saga: Hellblade 2, the next Fable remains as mysterious as ever. After three canonical episodes developed by Lionhead, now Playground Games, the studio behind Forza Horizon, is leading the design of this new work. That’s all we know about the game, which lately is more subject to rumors than actual information. These corridor noises thus evoke an open world structure that offers a wider playing field than that of the first two episodes, an important multiplayer component, the absence of firearms, but also the possibility of being able to play on sight in first and third person and create cities. We therefore hope to find out more very quickly about this ultra-awaited title.

Despite the lack of crisp information, Fable is still planned for PC and Xbox Series X | S and will integrate Game Pass as soon as it is released. 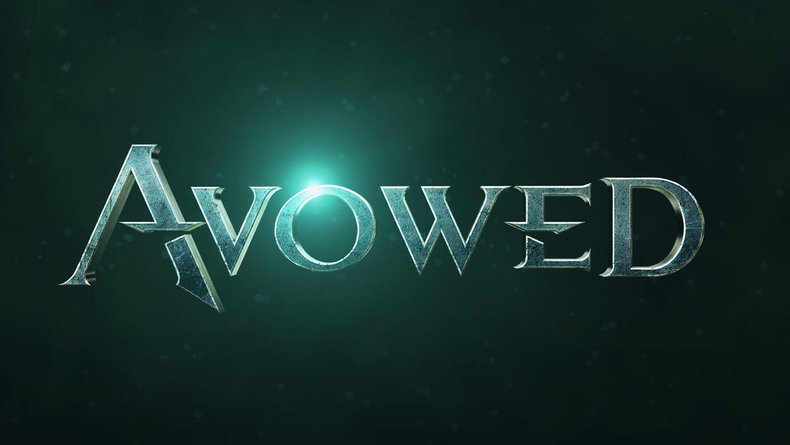 Announced in 2020, Obsidian’s next RPG is obviously one of the big projects going on on the Xbox Game Studios side, but it’s also one of the big absentees from the event. Set in the world of Pillars of Eternity, Avowed will resume various elements present in the original saga and which players will be able to exploit: it is in particular the possibility of using various spells, of wielding enchanted swords allowing to obtain powerful combos and double daggers useful for the stealth, but also to deliver violent kicks and shields. With Obsidian at work similarly on The Outer Worlds 2 and Pentiment, we don’t know when Avowed will provide an update …

Like other games from Xbox Game Studios, Avowed will be included in Game Pass upon release on PC and Xbox Series X | S. 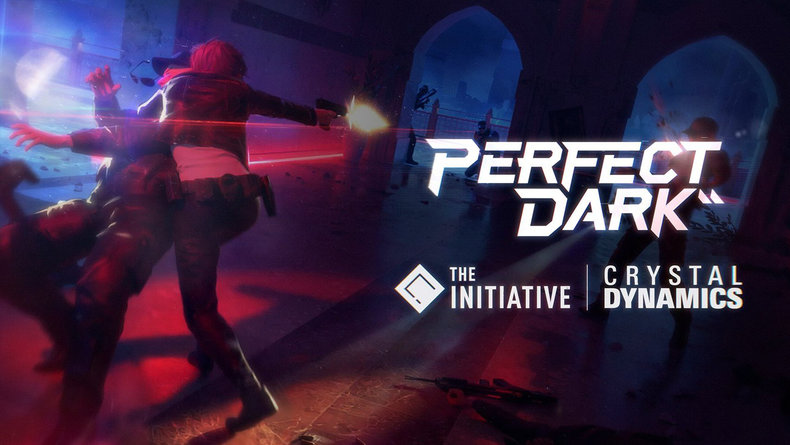 Developed by The Initiative, one of the new Xbox Game Studios, Perfect Dark will mark the return of the franchise of the same name. At least, when it is shown in more depth … Like the original episode released in 2000 on the Nintendo 64, this work will see us embody Johanna Dark in a storyline that incorporates all the codes of spy films with secret agents, rich gadgets of technology and of course infiltration. Whether you prefer to sneak through the levels trying to silently take out your targets or you prefer to enjoy first-person firefights, you should have a lot to do!

Perfect Dark will then be released on PC and Xbox Series X | S and will be available directly in the Game Pass.

STALKER 2: The heart of Chernobyl 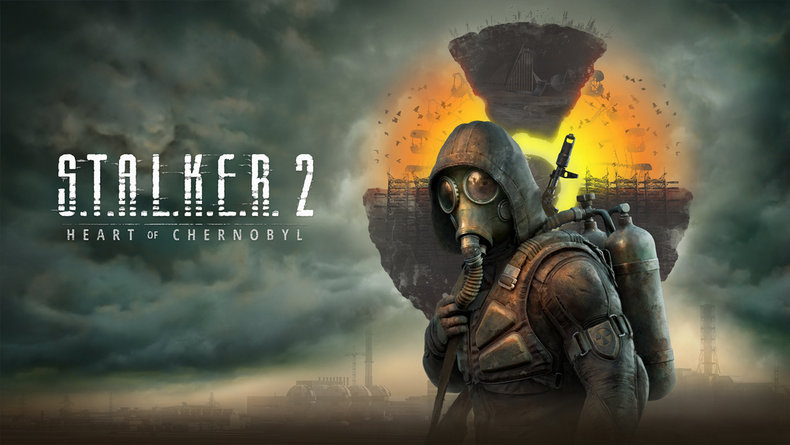 While development has been largely halted by recent events in Ukraine, STALKER 2 remains highly anticipated by gamers and we were hoping to see it at the Xbox & Bethesda Games Showcase. Once again set in the exclusion zone of the Chernobyl power plant, this title will offer even more environments to explore and will also host many sequences of armed confrontations against various human factions and mutant creatures resulting from some failed experiments.

After several postponements, STALKER 2: Heart of Chernobyl is now scheduled for 2023 on PC and Xbox Series and will be accessible from Day One via the Game Pass. 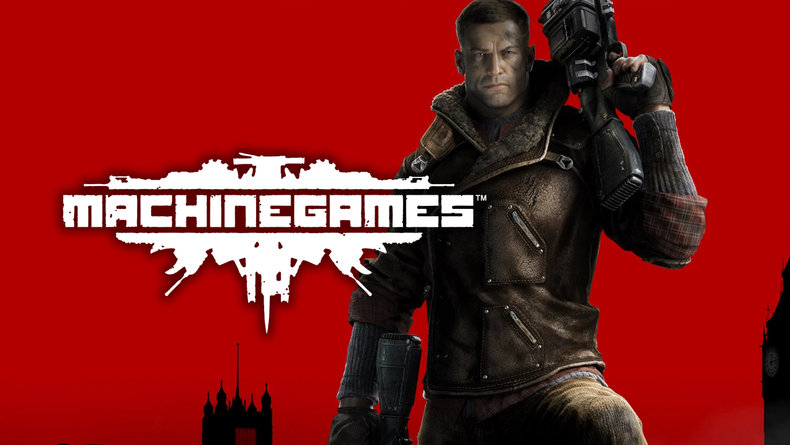 It has been official for a few months now, the Machine Games studio is working on the new chapter of the Wolfenstein franchise, but also on the videogame adaptation of the next Indiana Jones adventures. Unfortunately, neither of those two titles were shown during the Xbox & Bethesda Games Showcase and we haven’t received any interesting information about them yet.

Wolfenstein and Indiana Jones will therefore appear exclusively on PC and Xbox Series X | S at an unknown release date, and will be integrated into Game Pass as soon as they are released. 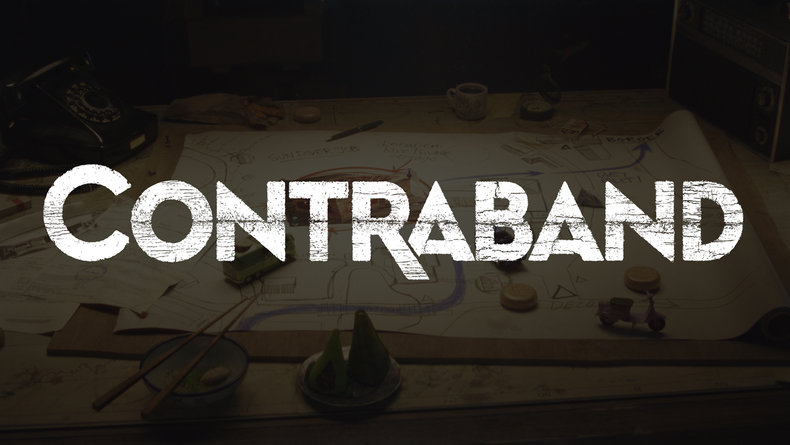 With the Contraband trademark being registered by Microsoft just a few days before the conference, the chances of seeing the next Avalanches Studios title were therefore pretty high. It was not … Recall that the game takes place in the fictional world of Bayan, in the 70s, and will offer a playable solo and cooperative adventure in a gigantic open world with in particular vehicles and various weapons. .

Contraband doesn’t have an exact release date yet, but it’s slated for 2023 exclusively on Xbox Series X | S and PC. It will be available on the day of its release directly on Xbox Game Pass. 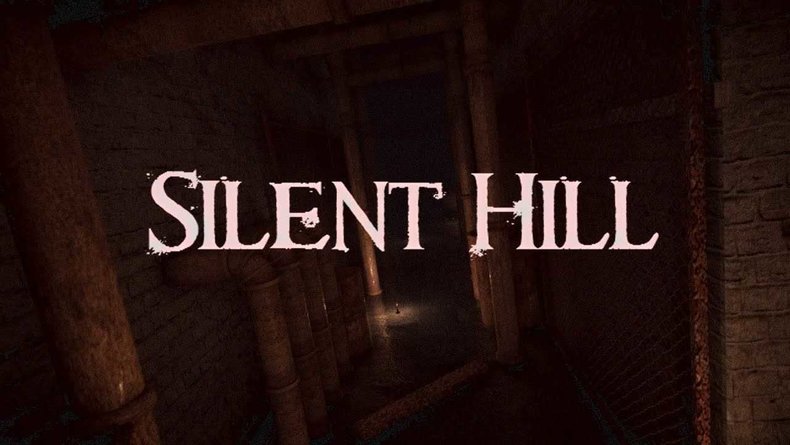 Despite Hideo Kojima’s quick speech at the Xbox & Bethesda conference referring to the development of a cloud gaming title provided by Microsoft, we were not entitled to any details on the Silent Hill franchise. Is Kojima-San working on the license? Is a remake currently in development? These questions are unfortunately the same as before the start of the Summer Game Fest and you will therefore need to be patient before learning more. 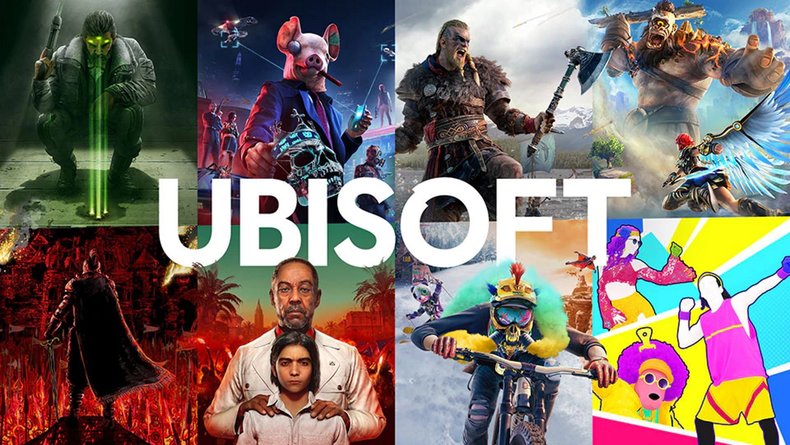 In addition to games, some large publishers are also missing, and this is particularly the case with Ubisoft. We knew the French company wouldn’t be offering a conference in early summer, but that didn’t mean any of their projects would be shown, either at the Xbox & Bethesda Games Showcase or at the Summer Game Fest. A total absence that could therefore worry the players, those who hoped for example to have news of Skull & Bones, Avatar: Frontiers of Pandora or The Division Heartland. It would therefore seem that we have to wait for an upcoming Ubisoft Forward, of which a new episode could also be offered at the end of 2022 according to some rumors. 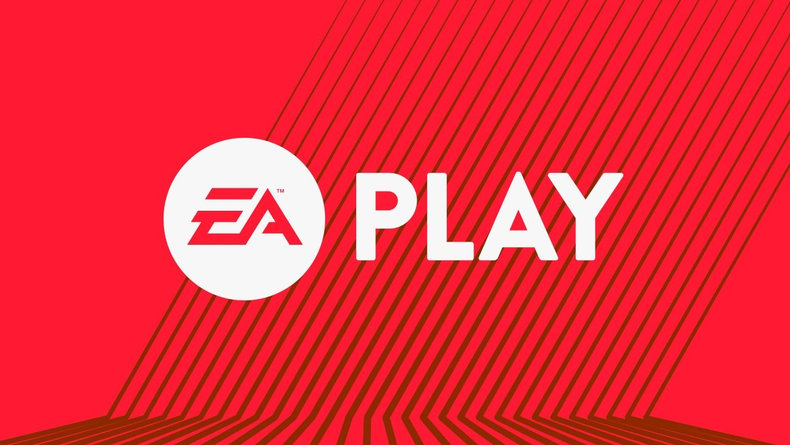 Like Ubisoft, EA is a big absentee from the various conferences. After the presentation of the remake of Dead Space a few weeks ago and the first details revealed on Season 1 of Battlefield 2042, Electronic Arts did not want to show other titles. It is therefore sure that the American publisher will offer an EA Play during the summer, if only to reveal more in depth FIFA 23 and Star Wars Jedi: Survivor: two highly anticipated titles by players.