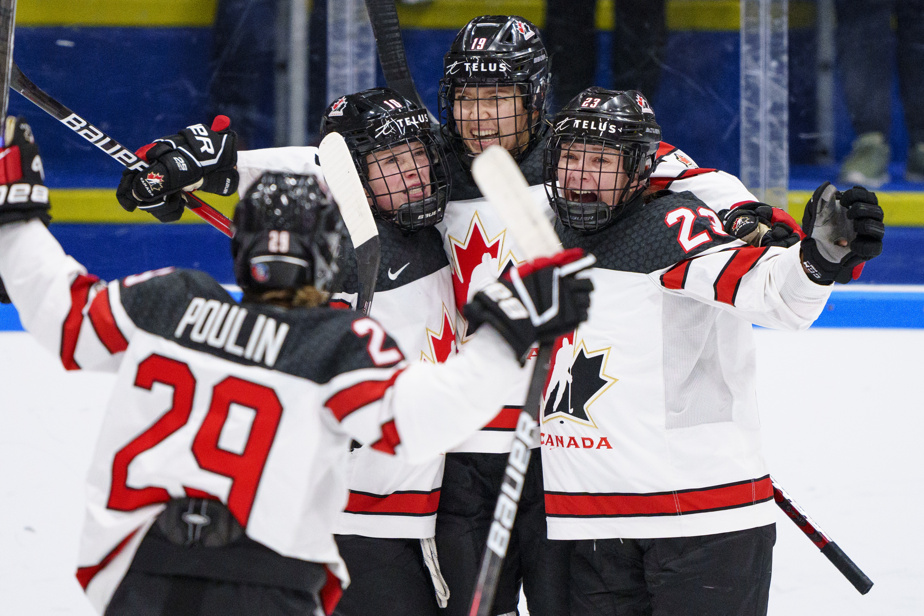 (Herning, Denmark) Canada had to find a new way to win a women’s hockey world title after Olympic triumph earlier this year and World Cup gold a year ago.

The Canadians played their best game of the tournament in a 2-1 victory over their eternal rivals, the Americans, in Sunday’s final.

Maple Leaf won her third major international title in a year after beating the United States 3-2 for Olympic gold in February in Beijing and 3-2 in extra time in the 2021 World Cup final, shortly after. more than a year ago.

“It wasn’t very easy. It was very different from our Olympic win and our last world win, but it’s reassuring to know that when things aren’t that easy, we can find other ways to win, striker Brianne Jenner said. We fought and got the job done. ”

The Americans ended the interim period on the power play. Abby Roque took the opportunity to close the gap with 20.8 seconds on the clock. She scored on power play for the fourth time in the tournament.

Goalkeeper Ann-Renée Desbiens was the eye of the storm in the third period as the United States furiously tried to equalize the score.

In the third period the Americans threw 12-6, but the Canadians blocked the abandonment shots in the last two minutes when the United States pulled Nicole Hensley out the door for an extra striker.

Desbiens made 20 saves for the win, while Hensley stopped 17 shots.

“The best team in the world”

“I think at the beginning of this tournament we were convinced that we were the best team in the world,” said forward Sarah Nurse.

“We really wanted to show it. Winning three gold medals in a year is something very special and I don’t know if we’ll ever be able to do it again, “she added.

We have found a new way to win a championship. We weren’t as productive as the Olympics, but [dimanche] we worked on the power play, we blocked the shots and we passed the penalties. Ann-Renée also made some key saves.

In the preliminary round, Canada lost 5-2 to an American team that seemed poised to regain leadership in women’s hockey.

Canada’s performance in an 8-1 win over Switzerland in the semi-finals, however, indicated that the defending champions were getting back in shape.

But the United States entered the final unbeaten with a goal differential of more than 47, against Canada’s more than 22.

Canada and the United States met in the final of all but one championship since the inaugural Ottawa tournament in 1990.

The Americans have won five titles in a row, plus Olympic gold in 2018, before the Canadians pulled the rope in the last year in the tug-of-war that is their rivalry.

“We have to find a way to reverse the scenario,” US captain Kendall Coyne Schofield said Sunday.

The 2021 championship had been postponed due to the pandemic. The organization of a high-level women’s championship by the International Ice Hockey Federation in the same year as the Olympics brought three major tournaments for the first time in just over 12 months.

The world championship will be held in Canada next year and in the United States in 2024.

A first medal for the Czech Republic

The Czech Republic took the bronze medal with a 4-2 win over Switzerland on Sunday afternoon. The Czechs, led by former Canadian defender Carla MacLeod of Alberta, had reached the semi-finals of the tournament for the first time in their history. Natálie Mlýnková led the Czech attack with two goals. Daniela Pejšová andofferela Přibylová scored the other goals. Goalkeeper Klára Peslarová blocked 18 discs and added an assist on Přibylová’s goal. Alina Marti and Nicole Vallario offered the answer for Switzerland. Goalkeeper Andrea Brändli made 23 saves.