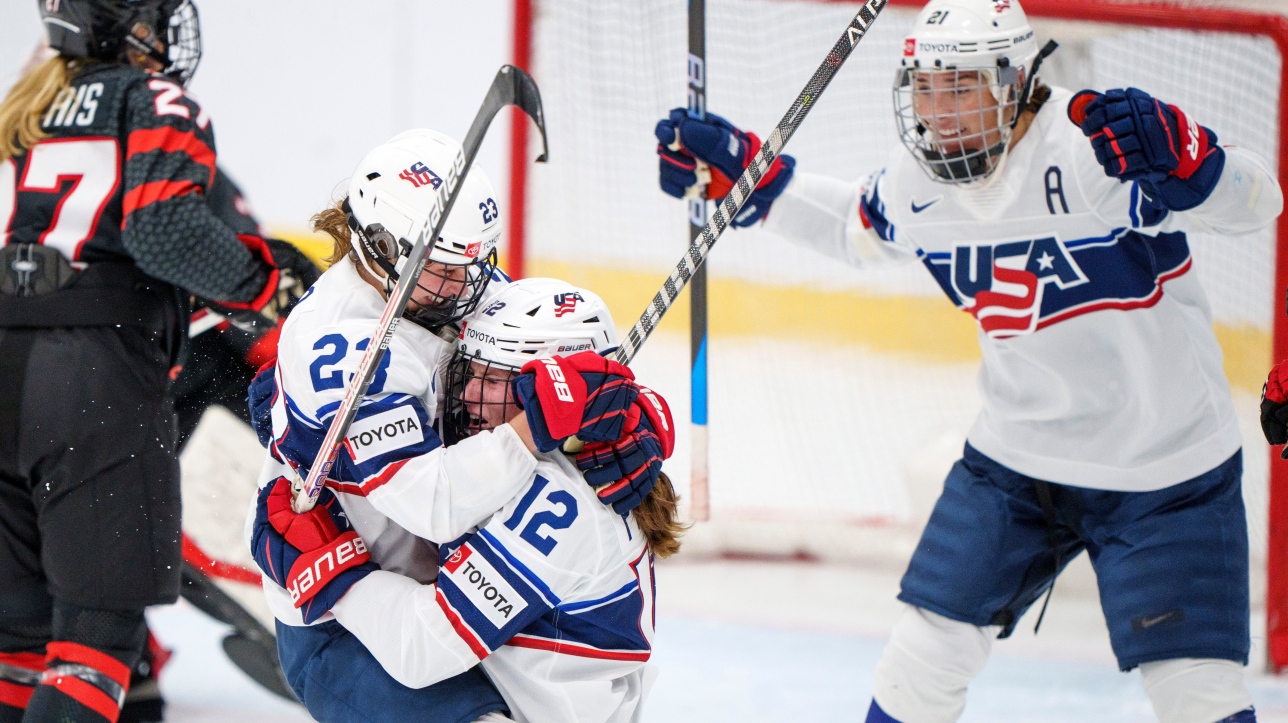 The United States scored four goals in a row to slip away with a 5-2 win over rivals Canada at the women’s hockey world championship.

The Americans thus take the lead in their group by virtue of the perfect record of 4-0 at the end of the preliminary round, while Canada follows in second place (3-1). Canada face Sweden in the quarter-finals on Thursday.

The United States hadn’t beaten Canada by such an impressive margin since a 4-1 win on December 14, 2019.

“For us, what happened in the past doesn’t really matter,” Pannek noted.

“We have remained united. I think it’s more important than scoring five goals. Here’s how we got there. “

Sarah Filler and Emma Shelton set the tone by giving the Canadians a 2-0 lead after a period. However, the rest of the game was the story of the Americans beating the Canadians five times. Kendall Coyne-Schofield and Hilary Knight in particular found the bottom of the net.

“I don’t think it necessarily happened between engagement circles. We were losing battles against them along the ramps,” said Canadian coach Troy Ryan.

“We have to be better on the ramps to get the puck between the engagement hoops.”

Young sensation Sarah Fillier opened the scoring on 3 minutes of the first period. She scored her fourth goal of the Women’s World Cup by jumping on the return shot from the point of her teammate Renata Fast for the 1-0.

At the end of the 1st, the American Kelly Pennek was expelled for harshness. The Canadians took the opportunity to multiply Nicole Hensley’s net attacks during this power play. In the end it was Emma Shelton who pounced on a loose puck in the slot to double Canada’s lead.

The Americans came back strong in the second period. They in turn took advantage of a numerical advantage to narrow the gap to one goal. Defender Megan Keller scored with a good wrist shot from the top of the slot for 2-1.

In the penalty area for the second goal of the Canadians, Kelly Pannek manages to be forgiven in the middle of the second. The 26-year-old American equalized the game by deflecting a shot from Cayla Barnes for a 2-2 goal.

In the third period the Americans continued their comeback by scoring the third consecutive goal. Lacey Eden led the US 3-2 for the first time in the match with a wrist shot from the right circle.

At the end of the 3rd, Kendall Coyne-Schofield doubled the advantage of the Americans taking advantage of a return shot in front of goal for the 4-2. And with one minute left in the game, Hilary Knight planted the final nail in the Canadian coffin by scoring her first goal of the match to go 5-2.

In the elimination phase that will begin on Thursday, in addition to Canada that will face Sweden, the United States have an appointment with Hungary in the quarter-finals of the Women’s World Cup. The other two duels will oppose Switzerland against Japan and Finland against the Czech Republic.

Fillier scores early against the Americans

Canadians double their lead in NA

Canadian women victims of another detour