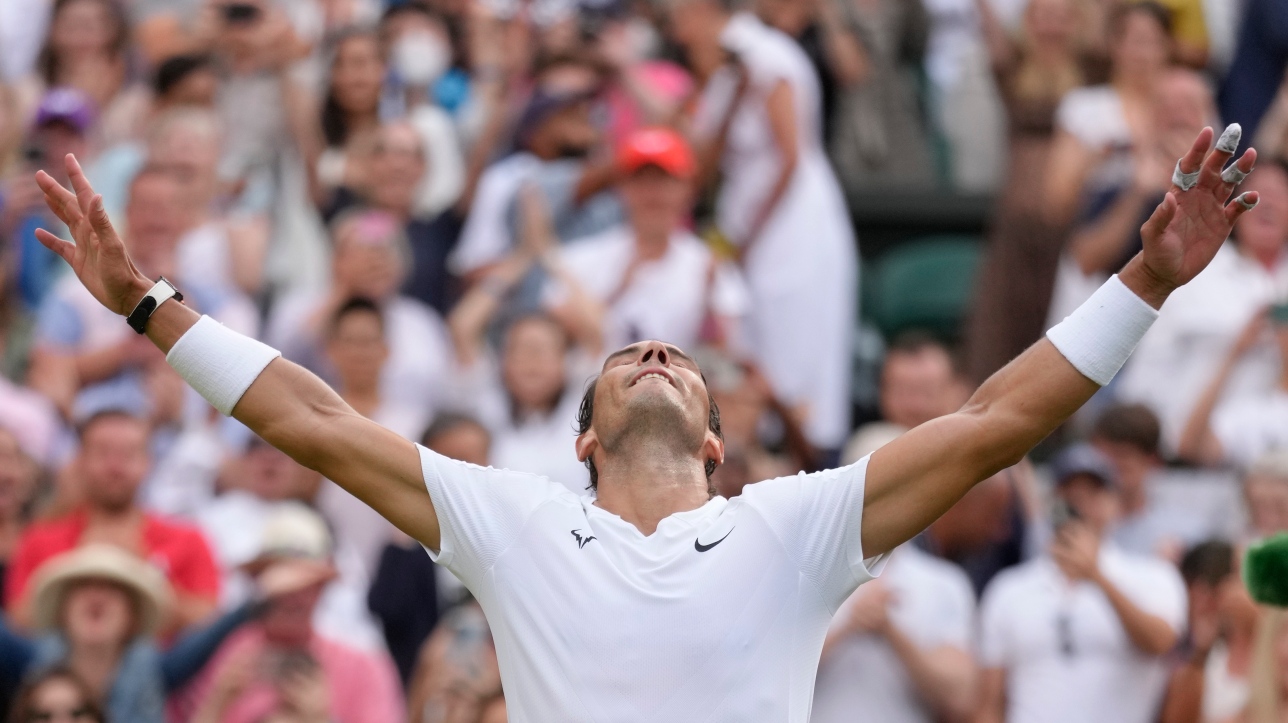 Suffering “at the level of the abs”, the 36-year-old Spaniard, double winner (2008 and 2010) on the London lawn, had not played there since his elimination in the semifinals by Roger Federer in 2019.

“The physique, in general, is fine but I have something in my abs. I had to find a way to serve a little differently. I thought several times that I would not have finished the match, but the public, with the energy they gave me, allowed me to go all the way “, he explained.

“I hope I’m ready to play this game. Nick is a great player on all surfaces, but especially on grass. He is having a great season on this surface and I will absolutely have to be 100% to have my chances, “said Nadal.

Against Fritz, the match was not of great quality, but of rare dramatic intensity, until the super break where Nadal finally played great tennis to finish with a winning forehand.

Injured and very weakened, the Spaniard looked on the verge of collapse in the second set. Unable to bend, he could barely serve or bend over drop shots.

Nevertheless, gritting his teeth, he managed to escape 3-0. But Fritz returns to 3-3 and at the change of field Nadal makes signs of denial at the address of his clan making grimaces of pain.

He then took care of himself in the locker room and, against all odds, held out until the decisive break, allowing him to equalize in a set anywhere (7-5).

Fritz regained the lead by winning the third set fairly quietly, while Nadal continued to suffer.

The start of the fourth set felt like an ordeal, where he could barely play his backhands other than the sliced ​​ones. He managed to pull off 4-2, but when Fritz fielded a three-game streak to lead 5-4, Nadal’s chances seemed extinct.

Still, he was the one who managed to take the lead 6-5 before pushing the game into a decisive set.

The two exchanged a service match in the middle of the fifth set to get to the super break: Nadal immediately took the lead 5-0 and finished in his second match point.

Fritz may have felt like he was reliving the third round of the 2021 Australian Open, where he lost in five sets to Novak Djokovic who also injured his abs. The Serbian had won the tournament a few days later.

“I never imagined I was in the semi-finals of a Grand Slam tournament, I thought I let the train pass, I missed the opening …” said the 27-year-old Australian who had previously played two major-finals quarterfinals. including one at Wimbledon in 2014 for her first appearance.

“I felt like I was hot on my heels because Garin is a damn good player. I was lucky on some break points, but I’m taking it and getting ready for the next match ”, he added, a few minutes after falling with his arms crossed on the grass of pitch no. 1 after the match point. To help him prepare for this historic time, as usual he has no coach.

“I don’t have a coach because I don’t want to put that weight on anyone’s shoulders. Nobody knows my tennis as well as I do, “she explained.

Kyrgios thus becomes the first Australian to enter the round of 16 at Wimbledon since Lleyton Hewitt in 2005.

He is also the worst-ranked player to play the semi-finals since the 2008 edition, when Marat Safin, 75th in the world, and Rainer Schuettler, 94th, both arrived there.

On Wednesday, Garin took the first nine points of the first set to take the lead 2-0 and 15/0 on Kyrgios’ serve.

But the Australian then entered the field and took the opponent’s serve back to 3-3, before breaking again in the last game of the set, winning it.

In the second set, Kyrgios took the lead 3-1 and then controlled his lead to the end.

The third set was much more tense, each player holding their face-off until Kyrgios won the tie-break.