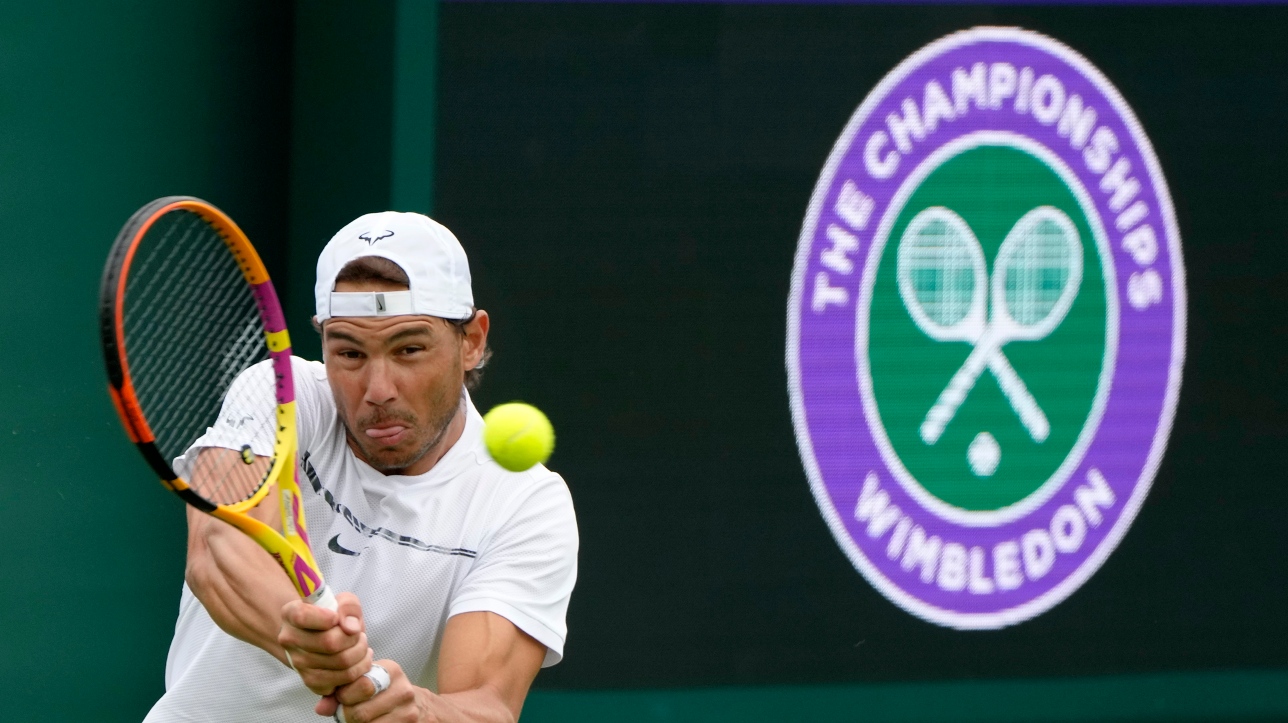 Dominating head and shoulders and serving for the match at 5-3 in the third set, the 36-year-old Spaniard got involved in a tie-break … but not in the fourth set, although it took four match points to complete.

Winner of the Grass Major in 2008 and 2010, Nadal is looking for his 23rd Grand Slam title after winning the Australian Open and Roland-Garros earlier this year.

But he’s under the threat of recurring foot pain, which doesn’t seem to have bothered him since the competition began.

Nick Kyrgios also in the quarterfinals

Kyrgios continues to excel at Wimbledon

More discreet and calm than the previous game, Nick Kyrgios was able to ignore a right shoulder causing him problems to serve 35 aces and overtake Brandon Nakashima 4-6, 6-4, 7-6 (2), 3-6, 6 -2, reaching the quarter-finals of a Grand Slam tournament for the first time in seven and a half years.

Unranked Kyrgios improved to 6-0 in five-set matches at the All England Club and took his 11th win of the season on the grass of the ATP Tour.

“I need a glass of wine tonight. It sure is, ”Kyrgios told the crowd during his on-pitch interview, after swapping his white cap and rules-compliant shoes for red versions.

Playing in front of a nearly packed house, the 27-year-old Aussie used his unorthodox shots only sporadically or lost his temper, which earned him a $ 14,000 fine in his win over Stefanos Tsitsipas in the third round.

Facing Nakashima, Kyrgios received several visits from an athletic therapist during the side changes, who gave him several shoulder massages. At one point, Kyrgios’ serve lost nearly 25 mph of average speed. He managed to pick up speed to end the duel.

“I’ve played a lot of tennis over the past month and a half. I am proud of the way I stabilized the ship, Kyrgios added. Honestly, that’s what I was thinking: I’ve never lost a match in five sets here. (…) It was like, “I’ve been there before. I’ve done this before.” “

Kyrgios will face Chilean Cristian Garin, who cleared a two-set gap and saved two match points in the fifth set to overtake Alex de Minaur and advance to his first Grand Slam quarter-final under a marathon.

Become the first Chilean to reach the quarter-finals of a Grand Slam tournament since Fernando Gonzales in 2009.

De Minaur, 19th seeded, had never lost a set to Garin in the previous three fights and looked set to increase that winning streak when he took the 3-1 lead in the third set. The Australian then had two match points at 5-4 in the fifth set.