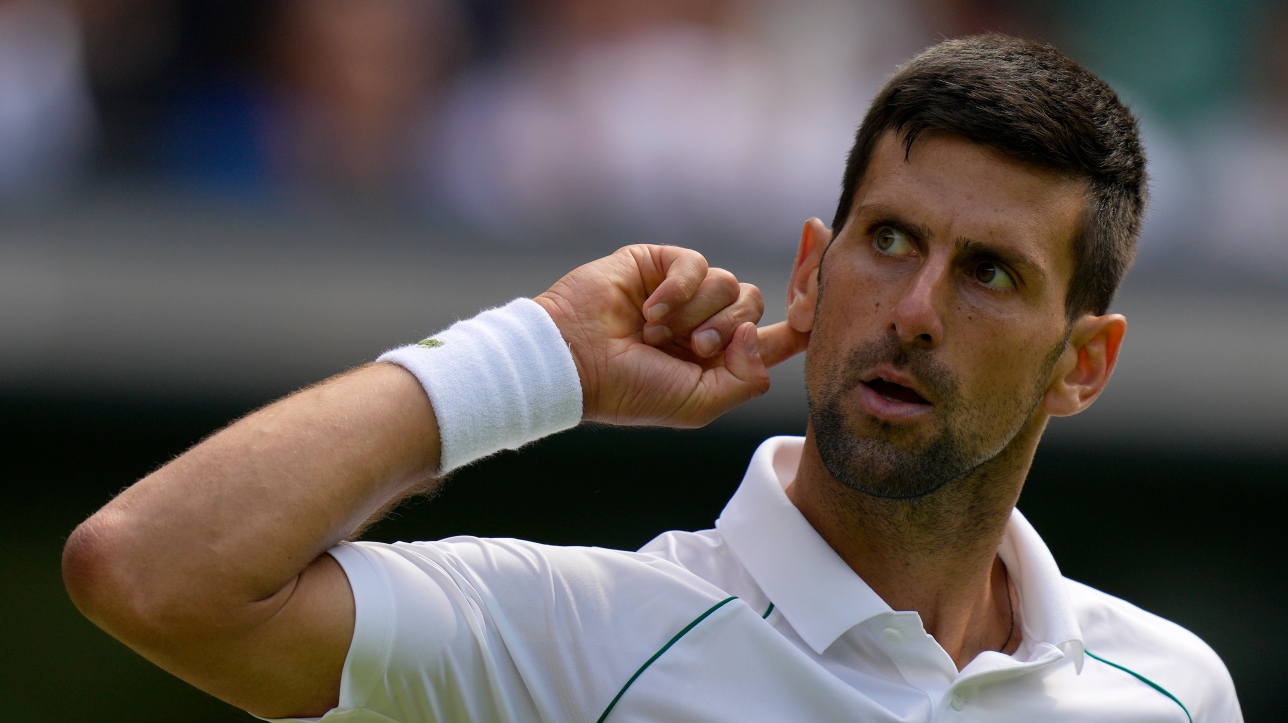 WIMBLEDON, UK – Three-time defending champion Novak Djokovic came from a two-set handicap by beating Jannik Sinner (13th in the world) 5-7, 2-6, 6-3, 6-2, 6-2 on Tuesday in the Wimbledon quarter-finals.

“There have been two games: in the first two sets it was better. I took a break to go to the bathroom at the end of the second set and took the opportunity to talk to myself in the mirror to cheer me up, “explained the world number 3.

“On the way back I had a chance to break away quickly in the third set, it gave me confidence and I felt that he had started to doubt,” continued the Serbian, who scored 26 straight wins at Wimbledon, where he didn’t lose. since his retirement from the quarter-finals in 2017.

“I still think I can go back two sets. Maybe it’s the experience, the bathroom break, or a combination of the two… “she joked.

On Friday he will face British Cameron Norrie (12th), winner of a five-set duel against David Goffin, to try to climb for the 8th time in the Major final on grass where he is looking for the seventh title.

His win over Sinner, who was playing his second Wimbledon at 20 after being eliminated in the first round last year, is Djokovic’s 84th in the London Major. He thus equals Jimmy Connors in second place among the players who have won the most victories there, behind Roger Federer (105).

Djokovic on his stomach

Early in the match, Djokovic looked ready to quietly pocket the first set when he quickly went 4-1. But the game is then balanced, the Serbian made some unforced errors and the Italian returned to 4-4 before making the decisive break for the 6-5. He did not miss the opportunity, in service, to win this first set.

More solid (3 aces at 0, 100% success after the first serve) and without the slightest trace of emotion, Sinner dominated the second set.

But Djokovic is then back from his bathroom break re-motivated. He increased his first serve rate and dominated the set after breaking to lead 3-1.

So he didn’t concede a single break point and served his opponent’s serve twice in the fourth set.

In the last game of that fourth set, Sinner crashed in a rush to recover a drop shot and sprained his left ankle. He lay on the ground for a while, then got up with Djokovic’s help and resumed the game.

He didn’t appear injured, he saved two set points but lost the game and the set.

Everything had to be redone, but Djokovic continued with steamroller mode.

He breaks the lead 2-1: on the break point, Sinner leads the comeback, but his drop drop stops on the side of the net.

Djokovic then managed to make the double break taking the lead 5-2: first by placing a backhand of a cross pass at the end of the match – and found himself on his stomach -, thus proposing a break point on which Sinner completely missed a straight volley.

A few minutes later, Djokovic concludes with a service shutout.