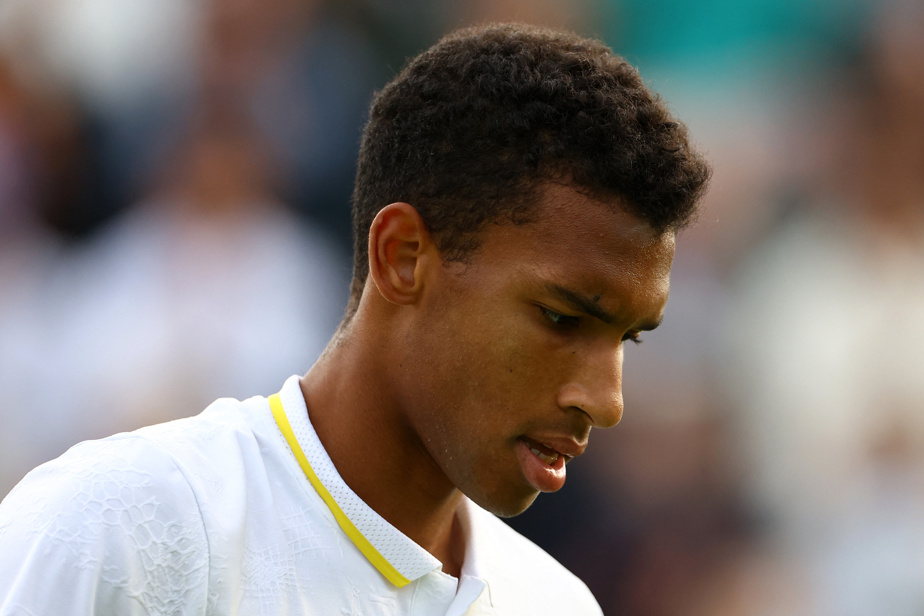 (Wimbledon) Last year’s quarter-final, Quebecer Félix Auger-Aliassime did not make it through the first round of the Wimbledon tournament, where his compatriots Denis Shapovalov and Bianca Andreescu continued their journey.

The two players did not give an inch to the service, exchanging only five break opportunities in total in this match, four of which came from Auger-Aliassime. Cressy managed to convert only one, significant, in the second set.

For the 25-year-old American, who for the first time was on the field of the All England Club, this is the first victory in five duels against tennis players of the world top-10. It was also the first confrontation between the two men.

Auger-Aliassime offered a first match point on a too strong forehand in the tiebreaker of the fourth inning. On the second serve, Cressy opts for a quick serve, moving the ball away from Auger-Aliassime on her right. The 21-year-old from Quebec was unable to reach her before taking a second leap, confirming the American’s victory.

Despite dominating with 28 aces and 64 winners (versus 18 and 59), Auger-Aliassime was a little less successful on the first serve than his 60 vs 63% opponent. But it is on the second serve that the difference is more marked: Cressy has won 635 balls played on such occasions, against only 50% of Auger-Aliassime, who also committed eight double fouls and 27 unforced errors.

Both players won their serves throughout the first set. The only break point of the set is obtained by Auger-Aliassime, on 5-5, but Cressy saves.

This is the only break point that the American will offer in the entire duel.

In the tie-break, Auger-Aliassime gets the mini-break on Cressy’s first serve. The American then committed a double fault to allow the sixth seeded to take the 3-2 lead. The Montrealer won the next two rallies creating a three-point gap, which proved insurmountable. Auger-Aliassime took the set to their second set point.

The first break of the match will finally be the American, who won in the third game of the second set taking the lead 2-1. Both players maintained their serve until the end of the set, allowing Cressy to create parity on the playing court.

At the break in the third set, the two players saved two set points. The third, however, will be the good one for Cressy, who offered it on the silver platter Auger-Aliassime, who committed a double fault, the fifth of the match at that moment, to give the set and the advantage to the 25-year-old American. one year.

Auger-Aliassime showed great flickers in the fourth set, but Cressy didn’t give up and his inspired play led him to the second round.

Shapovalov took advantage of 20 aces in this match, as well as converting seven of the 15 break points offered by the 62And world racketeering.

The 23-year-old Canadian, who is 16And ranked globally, she also had the advantage in winning shots, from 58 to 38, while making fewer unforced errors, from 40 to 45.

Finally, among the women, Andreescu, who had never passed the first round at Wimbledon, won his first match against the American Emina Bektas 6-1, 6-3.

Andreescu, which occupies 56And world rank, took advantage of the generosity of 224And world racket scoring five breaks on 10 occasions. He also had 28 wins against only nine unforced errors, unlike his opponent’s 11 winners and 13 unforced errors.

The 22-year-old Canadian will have to find her rhythm on the serve: she has failed to put more than 52% of her first serves on the line, but her success rate has been exceptional, with 91% of successes on such occasions.

She only gave Bektas a chance to take a break, and he converted her.