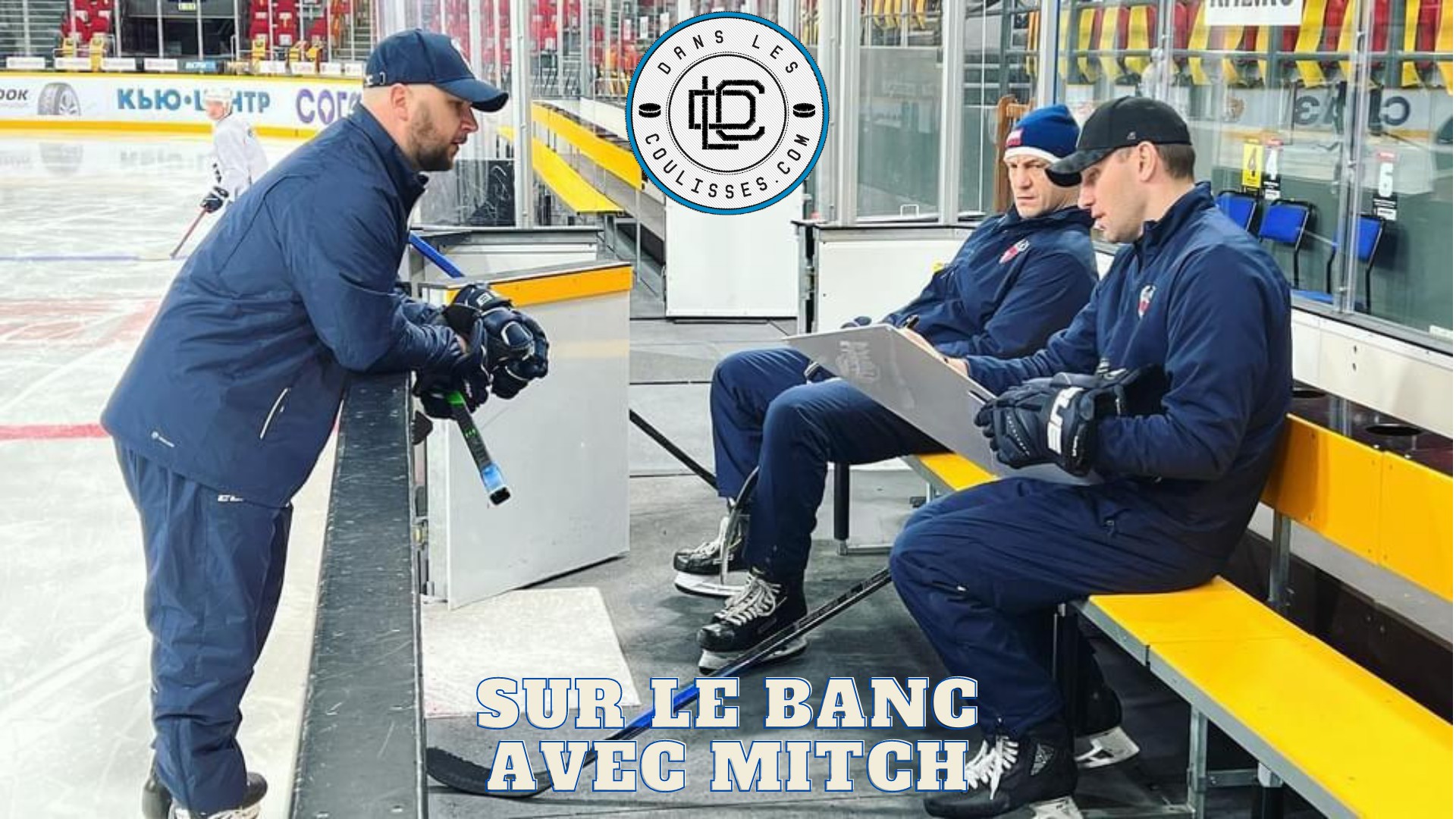 How’s the gang going and welcome back to the bench with Mitch. Yes, a new profile picture. I love it. It doesn’t hurt … on the bench. Please tell me Colorado will play in another league next year because the NHL doesn’t look strong enough for them.

Here are the answers to your questions.

Evgenii Dadonov’s arrival is likely to be another:

I see Dadonov’s arrival with a good eye. I didn’t make a video about him (which was sure to go viral), but the Canadian uploaded one. Dadonov still had 40 points in a team where he was underestimated and finished the season after the trade deadline with 16 points in 16 games. It is obvious that he wanted to prove something to the whole League.

He still had two seasons of 65 and 70 points with Florida. The talent is there. The change doesn’t seem to have been good for him once he gets to Ottawa and then, we know the whole story in Vegas. If you look at Dadonov’s goals this season, most have been scored in and near the goalkeeper, not in the suburbs. The thing I like about the transaction is that the Canadian has given nothing to Weber for his contract, other than receiving assets that are in Montreal, a top 6 next season, at most a top 9.

In terms of the player, I’m not ready to say it looks like option A or B. It’s a little bit of everything. Not the same grit and leadership as Perry and not the offensive touch like Radulov, but he is ahead of Hemsky and Semin. One person said it looks a bit like tartar and I could say yes. Just look at the highlights everywhere and you’ll see it’s a mix of Option A with some tartar.

It seems to me that to increase the number of goals a penalized team must lose the blue line. This means that even if the puck leaves the zone, the PP team can enter without its players leaving

Great question here, Alex and I’ll try to answer it as best I can. To increase the number of goals, I believe that this season we have had a taste of the attack of different teams. Several fights ended with a total of 6 goals and more, which was thrilling for the fans. Power games remain pretty much the same year after year in percentage terms and we often talk about the 5 vs 5 game.

But if we talk specifically about the power game, there has been a lot of discussion about it over the years and I think it’s time to put it on the table and find new rules or ways of doing things. For starters, losing the blue line once in the zone is very similar to 5-on-5 dekhockey. Once you’ve crossed the center line, you can play big.

I don’t hate the idea except, I think it could become difficult once the penalty is over, the blue line rules back right in the middle of the game and also the fact that for 2 minutes it would be possible no longer have to pay attention to the offside. It would give the empowered team a chance to stop getting stressed out about entering the zone, that goes without saying.

Another possibility, and I don’t know if they still do it and if the championship is still called that, but at the time of the LHPS you were not allowed to bet if you were short-handed. This completely changes the way things are done as well as changes.

I don’t hate the idea in the sense that the offending team will play for 2 minutes at 4v5, but to help them we are removing a rule that is normally there, the right to clearance. It would be like saying, if you are in power play, to help them, there is no longer the line on the ice and they can do whatever they want, yes I’m exaggerating, but it’s for the principle.

The league could also push harder than the team that is short of players, not only are they not allowed to clear the puck, but on the 3rd throw-in on the same penalty, they are allowed a 2-minute delay for delaying the match, even in the 2nd clearance. Otherwise, a rule that I honestly like is to leave the whole 2 or 4 minutes. So if you score a goal after 30 seconds, you still have 90 seconds left for power play. The offending player serves his full penalty. It goes without saying that there would be some extra power play goals and it would make the game more attractive.

Hi Mitch,
Do scouts choose only based on potential or also the time they expect it to reach a young person?

There are millions of factors that come into play and one or the other can lead to disappointment. How many times have we heard that X players had the most potential and unfortunately they didn’t live up to expectations? Conversely, how many times do they say they drafted Y players so they could have time to develop and ultimately wouldn’t play a single big league game?

You have to take into consideration what they have accomplished, but above all what they could bring in the long run. Danièle Sauvageau talked about it with Mario Langlois in May and I found it very interesting: do you choose the talent or the best player? Who has the potential to play in your DNA?

So we talk a lot about the short, medium and long term potential. Hence the importance of having excellent staff for recruiting and analyzing, not only via video, but also in person and by multiple members of management and not just by one person.

So we understand a little better why repechage is difficult, year after year and why it is easy for us, after seeing some featured videos, to criticize or try to get people to talk about us.

This year’s top 3 is really interesting at this level. Who will have reached their full potential in 5-10 years? Do Cooley and Slaf have better potential than Wright? If so, will they reach 100% of their potential or will they reach a certain potential that will be lower than Wright’s? Wright’s potential may be less, but if he reaches his full potential, he could be in the top 3 winners. This will depend on who gets him back, on the coaching provided, on the development, but also on what the youngster decides to do in the off-season and during the season.

This concludes my column. Don’t hesitate to follow me on social networks and come and talk to me @Mitch_Giguere. I am very sociable and love to talk about hockey. So let’s say next week with a new column and new questions. Feel free to ask questions on any topic. Thank you all.