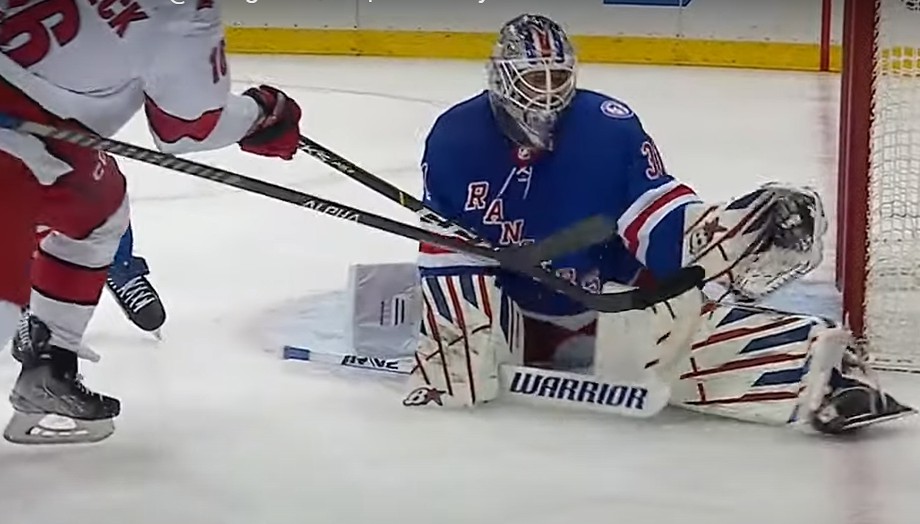 At the start of each season, when it comes time to determine which National Hockey League teams will compete for the Stanley Cup, the goalkeepers on each team have a lot to do with this.

In fact, it is very difficult for a team to do any damage in the playoffs without having a solid goalkeeper in goal.

Each team must therefore have a masked man they can fully trust if they are to truly aspire to great honors.

Well, last season, several goalkeepers stood out and allowed their team to do well overall.

So there are really several goalkeepers who could be seen as elite goalkeepers capable of leading their team to the Stanley Cup.

So I wonder and I ask you, who will be the best goalkeeper in the NHL in three years?

The best goalkeeper in the NHL in the three debated seasons: https://t.co/HYfLPvS1em

Here are the names mentioned by these experts.

There was no doubt that the Lightning masked man would be in the discussion. The Russian goalkeeper was for several seasons considered the best goalkeeper in the NHL.

He was simply dominant in Lightning’s two Stanley Cup wins and in the recent run to the Finals.

It is therefore difficult to imagine that he will have regressed in three years by the time he is 31.

He has dominated the Bettman circuit for several years and this is not expected to change in the next few years.

The Rangers goalkeeper has just won the Vezina Trophy awarded to the best goalkeeper of the season.

Shesterkin had a near-perfect season as he played an important role in helping his team qualify for the playoffs.

He has come up with incredible stats throughout the season.

His .935 save rate placed him third in the one-season save rate for a goalkeeper with at least 50 games played in NHL history.

Shesterkin was in his second true season in the NHL and has shown that he will be one to watch over the next few years.

He will only be 29 in three years.

The Finnish goalkeeper carried the Nashville Predators all season.

Saros allowed his team to get their hands on last place giving access to the playoffs.

Unfortunately the Preds goalkeeper was injured just before the playoffs. He was therefore unable to play a single match in the spring tournament.

The Predators were run over by the Colorado Avalanche in the first round.

Saros clearly could have made this series much tighter.

The Finnish goalkeeper really started to dominate for two seasons. It is therefore very likely that he will continue to improve.

He could therefore very well be the best goalkeeper in the NHL in three years.

The only problem for Saros will be the arrival of Yaroslav Askarov, the young Russian hope of the Predators, who could very well take his place.

NHL.com experts also named Thatcher Demko of the Vancouver Canucks, Ilya Sorokin of the New York Islanders and Jake Oettinger of the Dallas Stars as the potential NHL goalkeeper in three years.

I mean, if I had to put a little $ 2 on who will be the best NHL goalkeeper in three years, I would go with Igor Shesterkin.

To find out more, I’ll be streaming the NHL.com article right here.

– Ella Shelton opened the scoring for Canada in the semi-final against Switzerland.

– Will the Canadians join the Americans in the final?

The United States will face the winners of the duel between Canada and Switzerland 🏒 https://t.co/MztxLGzCsl