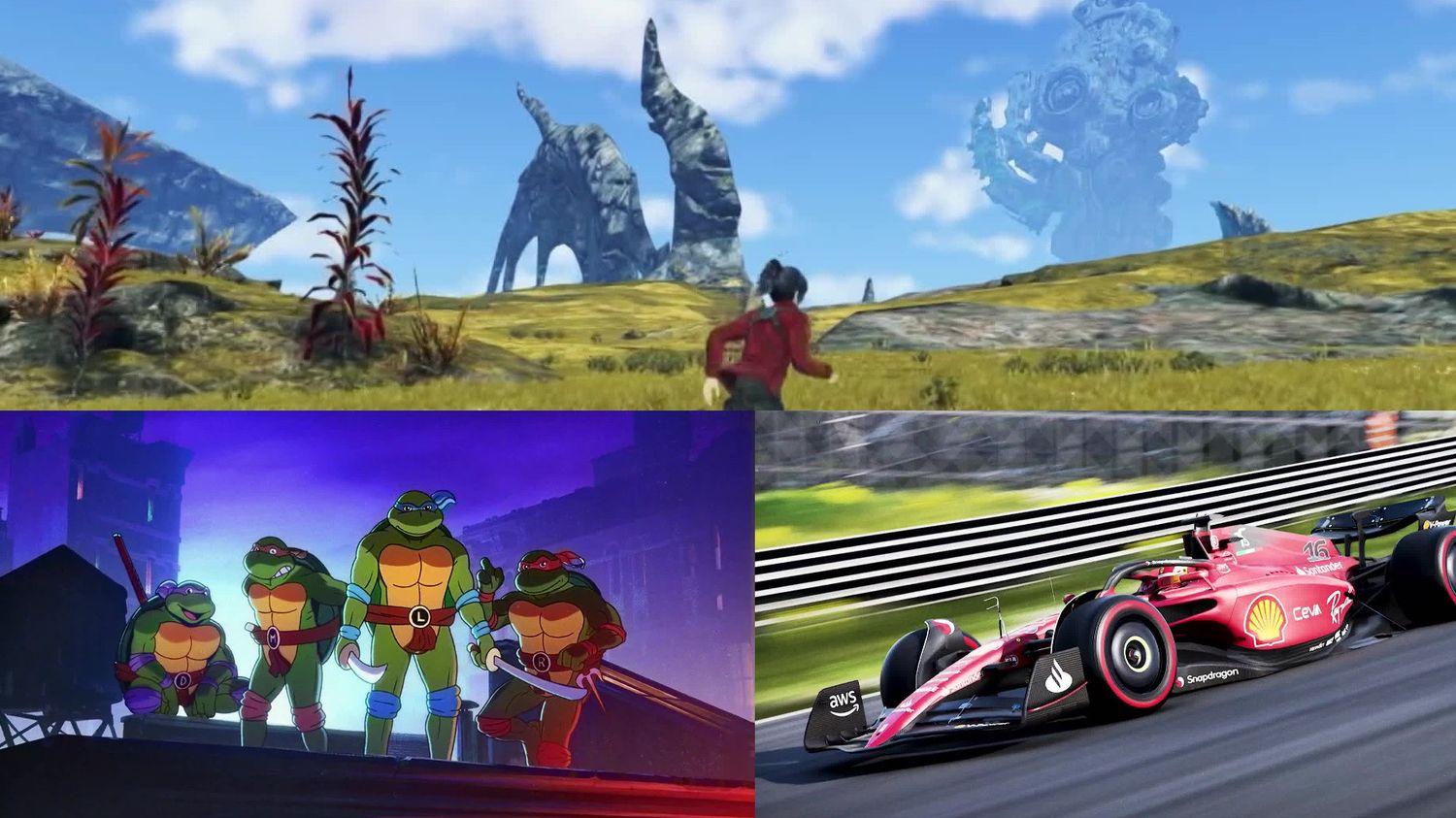 This summer, video game makers are not going on vacation and are offering us some great releases like stray, the feline adventure of a small studio in Montpellier that could be one of the “indie” nuggets of the year. The big names are also out F1 22. Also let’s not forget the Ninja turtles who made a surprise appearance in mid-June, nor obviously at the opening of the crazy university of Two-point campus. Finally you can play at the frantic pace of Figure 2, or get lost in the dream world of Xenoblade Chronicles 3. At your commands!

You may have missed it, but the Teenage Mutant Ninja Turtles made a resounding comeback in the early summer. Teenage Mutant Ninja Turtles: Shredder’s Revenge “is a love letter to the old (video games) Beat Them up Turtles.”According to Eric Lafontaine, marketing director of the Quebec Tribute Games studio. Made in Pixel Art, the title mixes nostalgia and modernity, in homage to the games of the 80s and 90s that were “almost 3D” at the time. The sets are teeming with references to Ninja Turtles and will delight fans of Michelangelo and his masked friends. No major difficulty expected in terms of gameplay, the goal is clearly to have fun by chaining easy combos. Although the title is heavily inspired by its 1991 ancestor Teenage Mutant Hero Turtles: Turtles in Timeboth nostalgic and newcomers alike should find their account in this fun and insane explosion of violence.

F1 22, Codemasters’ Formula 1 racing simulation game has joined the Electronic Arts stable and intends to broaden its field of potential players. Intoxicated by the success of the series Pilots of their destiny on Netflix, which chronicles racing seasons making them more attractive to young people, F1 22 prepares to welcome rookies not really accustomed to the paddocks. The new version, which obviously includes all the official circuits and drivers of the current season, includes difficulty levels suitable for both beginners and veterans.

As for the news, EA wants to emphasize multiplayer with greater customization and is looking to further improve immersion with redesigned AI and revised cutscenes. A priori the level of the teams will not be indexed to reality to offer more open championships, Mercedes, Ferrari and Red Bull should therefore not monopolize all the podiums. Finally, if you play on PC, the immersion inside the cockpit can be even greater because you can drive your car with a virtual reality headset.

A wind of magic could blow on Switch this summer with the release of Xenoblade Chronicles 3. This Japanese RPG that has already enchanted many players returns with an ambitious open world whose first images suggest a universe as gigantic as it is poetic. The story takes place after the previous episodes and takes us to the world of Aionos where two enemy nations are waging a merciless war. Keves made technology his spearhead and hand-piloted mechanized combat units. The people of Agnus meanwhile are betting everything on magic and use small, mobile and autonomous weapons powered by Ether. Six soldiers from these two warring nations will have to learn to get along in order to discover the truth behind this conflict.

As usual in the series, the story promises to be full of surprises and twists. The game gives pride of place to fights in which it will be necessary to use the skills of each member of the group to hope to triumph. The Monolith Soft studio adds that some duets of characters will be able to merge during the clashes to transform into a giant Ouroboros with their own fighting techniques. Undoubtedly the key to victory against some bosses.

The first images of stray published in 2020 has inflamed the web and many players have expressed their impatience, curious to be able to embody this young cat lost in the maze of a futuristic city populated by humanoid robots. Because it is a feline that you direct in the creation of the small studio in Montpellier Blue Twelve. Nimble jumps, kicks or purrs, you have a not very classic arsenal for a video game and you will have to be smart to allow your stray cat to find its way home. The environment with a cyberpunk atmosphere is all the more disturbing as no living being seems to inhabit this place, only robots with human behavior come to interact with you, some friendly, others more aggressive. But rest assured, a drone quickly comes to the aid of our clawed hero and allows him to develop his skills. To be practiced between two naps of course, because a cat remains a cat.

After the success of Two-point hospital which proposed to run a care institution whose patients had rather surprising pathologies, the UK firm Two Point is looking into higher education. Probably fans of management games have already pre-enrolled at this university, which risks giving a real facelift to secondary school. In Two-point campus you have to build everything from classrooms to living quarters to the outside environment. The ergonomics of the creation tools have been redesigned to give more freedom to budding architects. Recruiting teachers is also your responsibility, and the program is likely to be loaded with innovative subjects like chivalry or giant gastronomy.

More than inside Hospital, Campus emphasizes the social aspect and asks players to take care of students who will constantly have new wishes to satisfy in order to express their full potential. Two-point campuswhich has already been postponed, the opening is normally scheduled for 16 August.

figure 2 – Creed Valley is a puzzle adventure game that shines with the quality of its scenery and musical environment. We find dusty, already present in the first episode that must once again fight the nightmares that invade the human mind. The Danish study time to go to bed Digital Games has pulled out its guitars and brushes and offers us a trailer rather in the form of a music video tempting.

“Soul Hackers 2”: the sauce of the demons

In this Japanese RPG, you play the role of the agents of a particularly well-informed artificial intelligence that has predicted the end of the world and intends to counter it. A cyberpunk atmosphere where you can summon demons to face your opponents in turn-based battles. Several humans have developed these abilities and can access a kind of parallel dimension where demons are legions. They have forged secret clans, some of which operate illegally. This episode is the direct sequel to the first Soul hacker and the fifth in the series of devil Convene.