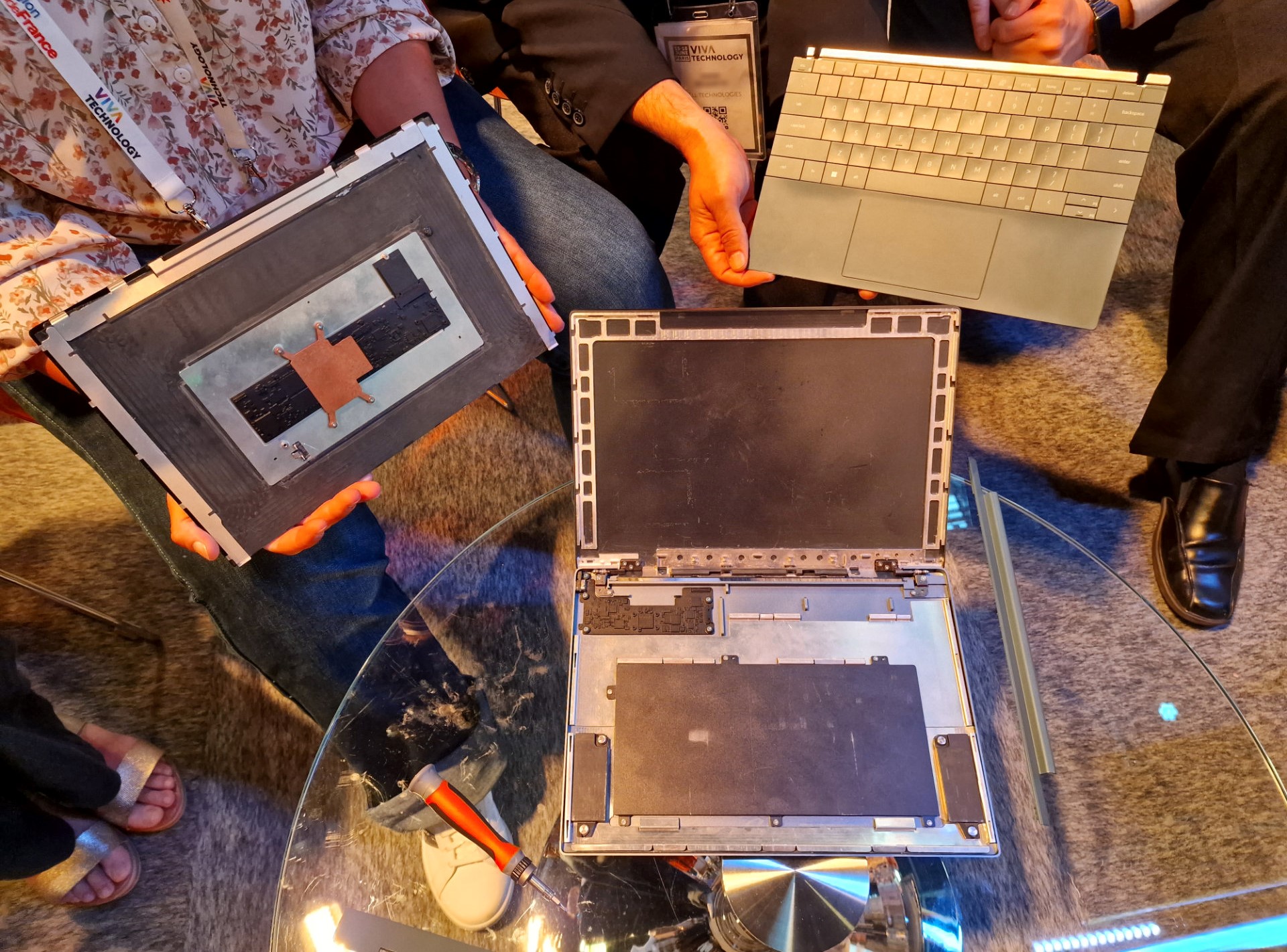 Dell gave us a demonstration of its Concept Luna project, a portable PC whose components can be changed very easily. The stated goal is to offer a more eco-responsible product.

The VivaTech fair in Paris was an opportunity for Dell France to make a great demonstration: a state of the art disassembly. Do not imagine the slightest physical violence, this is the dismantling of a rather particular laptop, the Concept Luna. We don’t know when the final product will be released, but the model we were shown is frankly exciting.

Remember, the Dell Concept Luna was unveiled last December, before CES. The goal is to offer a portable PC with a significantly reduced ecological impact. However, according to the brand, 80% of the carbon footprint generated by a conventional computer is due to production versus 20% caused by its use.

This is where the Luna Concept comes into play, which promises to generate less production, and therefore less pollution. This laptop is very easy to take apart. All you need is a Torx screwdriver. That’s all. So if one of the components no longer works, you don’t need to replace the entire product, just order the part in question to replace it.

This type of approach is therefore part of the same approach as the Fairphones in the world of smartphones, i.e. the PC Framework to be assembled by yourself. The Luna Concept especially shines with its promise of simplicity.

There are four screws visible on the outer surface of the Luna Concept: two below, two more on the hinge. Once removed, the user will have access to the internal components. By removing the keyboard (which obviously can be changed), you can replace the speakers, the battery and the electrical system. Behind the screen hides the motherboard.

In total there are only 38 screws on the Dell Concept Luna, that’s 10 times less than on the Latitude 7300 Anniversary Edition unveiled by Dell in 2019. However, this model was still the most eco-responsible of the brand at the time, so they had already been accomplished. efforts compared to a conventional computer.

Note that the demonstration model was simply meant to show the concept. The device was inoperable, the motherboard was fake and there was not the slightest connection cable. Therefore, what has been presented to us is really to be considered as a proof of concept. Dell guarantees that the technology required for this removable PC is under development and that a commercial version is fully possible. We don’t know exactly when.

Some may see this as a shameless attempt to do so greenwashing. We remind you that this term means a misleading marketing process aimed at giving a company a falsely eco-responsible image. Unfortunately, this is something we often encounter in the tech world, with some brands giving the impression of being more motivated by trendy promises than by true ecological convictions.

Can the Luna Concept be identified for this reason? Not really. Of course, it is obvious that Dell is taking the opportunity to play an eco-responsible card in order to promote its brand. However, if the concept of this PC hits the market, it could have a really positive impact.

Especially since there is a reflection around the components themselves. The motherboard, for example, sees its total surface considerably reduced (under 55,580 mm²) to reduce its footprint. The circuit board is made of linen fiber to replace the usual plastic and the assembly has also been designed to optimize heat dissipation and battery storage.

So yeah, there are probably pieces of here and there greenwashing in the Luna Concept, but we’re still a long way from Razer’s falsely green straws.

“It is not a by-product”

The Concept model presented at VivaTech was similar in size to a classic Dell XPS 13. And what’s more, the brand seems determined not to make too many concessions in relation to this type of device. “It is not a by-product“Says one of the spokespersons.

In addition to this promise, the Concept Luna and similar devices could constantly improve the products. One can also easily imagine a budget model in which Dell would not release new models of the Luna Concept, but simply better components so that everyone can make their own market according to their specific needs. Like on a desktop PC finally.

It remains to know the potential price of such a product. Difficult to make predictions at this time. On the other hand, we can already bet on a top repairability index.