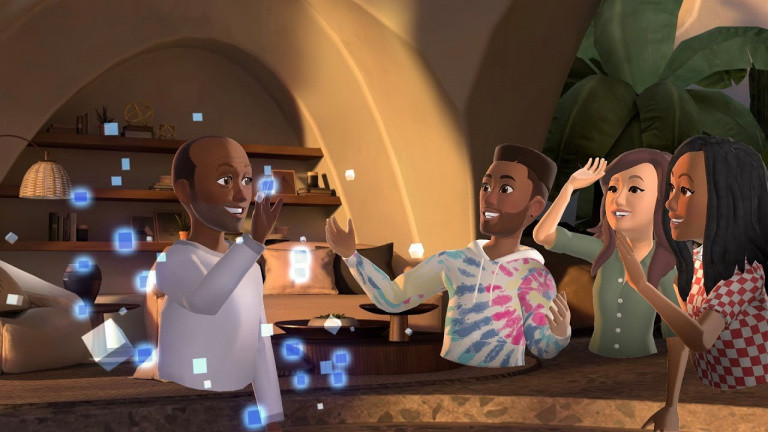 The new update to the most popular VR headset, the Meta (Oculus) Quest, takes a step towards the Metaverse while strengthening parental controls to better control the access of the little ones in order to limit abuse.

If, like us, you’ve let your Oculust Quest get some dust in the last few months and decide to relaunch the beast to update it, you risk having fun and above all beautiful surprises.

For our part, the last time we used the headset, it was not yet called Meta Quest 2, but still Oculus Quest 2. And if we were very attached to its original name, no choice, that’s okay you have to get used to.

At the time the Air Link feature was debuting and it was still only in Beta, the hand tracking was let’s say … experimental and we were in the middle of a foam awareness campaign which in some cases could cause allergies and redness. Facebook, sorry Meta, had therefore decided to offer everyone a kind of silicone condom that smells strongly of chemicals, even 6 months later …

In short, in the meantime Mark Zuckerberg has thrown himself body and soul into his colossal Metaverse project and the Meta Quest VR viewer will obviously be the key to entering this virtual universe that fascinates as much as it worries.

It is with this in mind that a complete overhaul of “Horizon Home” has been announced, the home page in a sense when connecting to the headset. In the beginning there were only tables with your applications, now you can enjoy your own space where you can move around and invite your friends to chat with them while enjoying the spatialized sound or watch movies or documentaries together via the Oculus TV app and comment on them as if you were in the same room together.

And who better than dear Mark Zuckerberg to tell us about the new V41 update and concretely show us the progress of Horizon Home? We see him in the company of climbing champion Alex Honnold while he watches the movie The Soloist VR together while he comments on it. Get ready, the Metaverse is around the corner!

For the moment, the advanced features of Horizon Home seem to be reserved for the United States, just like the Horizon Worlds application, which merged with Horizon Venues since June 6 there, and hopefully in France for that matter. Horizon Worlds should be the focus of the Metaverse on Meta Quest, hoping it will be a little more interesting and have more features than suggested by Horizon Venues reviews and ratings (rated … 1.6 out of 5 by users).

The icing on the cake, it will soon be possible to buy outfits for your avatars … we are sure you were looking forward to it!

In parallel with all the functions related to Horizon Home, Meta introduces a whole series of tools and settings to better plan and organize the famous parental control.

This will make it possible for parents to purely and simply block children’s access to certain applications, block purchases and downloads, check the time spent on the headset, see which applications they use the most, have access to their friends lists or even blocking the Air Link works so as not to connect to the PC.

In all cases, Meta reminds you that the VR headset is not recommended for children under the age of 13 and that its use must be strictly supervised in adolescents between 13 and 18 years of age.