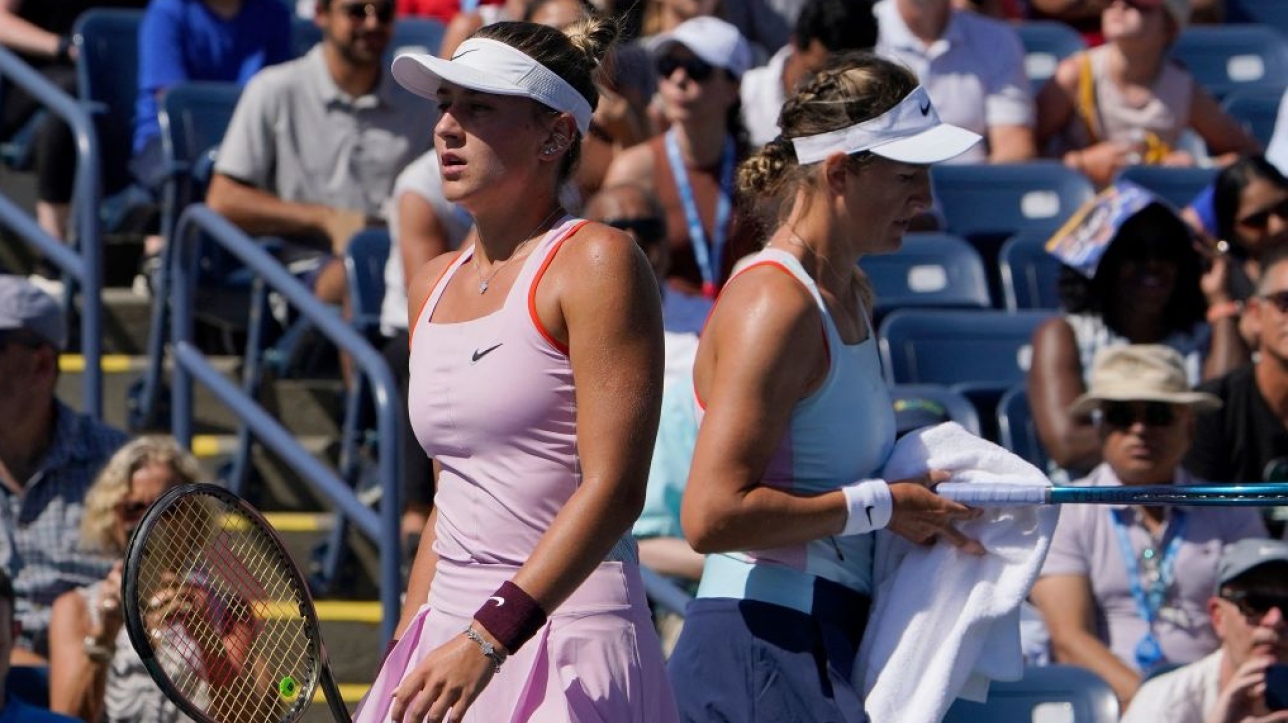 Belarusian Victoria Azarenka (26th in the world) qualified for the third round of the US Open by easily beating Ukrainian Marta Kostyuk (65th) 6-2, 6-2 on Thursday, a meeting that promised to be tense in the context of the war in Ukraine, but which passed without incident.

The only sign of a possible tension manifested itself when, instead of shaking hands, the two players, without real mutual regard, beat the rackets – a gesture introduced during the Covid period -, at the end of the game, during which a Ukrainian flag was deployed very briefly in the stands.

The former world number 1, three-time finalist at the New York Major, will oppose the Croatian Petra Martic (54th) in the next round.

Azarenka, double winner of the Australian Open (2012, 2013), was much more solid and regular in the exchanges than her rival, aggressive but far too imperfect (29 unforced errors against 14) to hope for another result.

The Azarenka-Kostyuk clash took place in a very tense context between Ukrainian players on the one hand, Russians and Belarusians on the other, for the six months that the conflict lasted.

Belarus is a close ally of Russia and has allowed Moscow to use its territory to launch attacks on Ukraine.

Which is why many Ukrainian players, including Kostyuk, want Russians and Belarusians to be banned from competitions. This decision was made only by the organizers of the Wimbledon tournament this summer, unlike the other majors and tournaments of the ATP and WTA circuits that authorize Daniil Medvedev, Aryna Sabalenka and spouse to play, but without mention of their country and without flag.

Last weekend, Azarenka was dropped from an exhibition tournament held on the eve of the US Open to raise money for Ukraine. Kostyuk in particular protested her presence at this charity event, forcing the organizers to back down.

With a clear boost of confidence, world number 1 Iga Swiatek crushed Sloane Stephens, the former event winner, to advance to the 3rd round of the US Open.

“I’m happy with my level of concentration. In Cincinnati I have had ups and downs, “said the 21-year-old Polish, after sending the American 6-3, 6-2, in 1h15, on Arthur Ashe where she played for the first few times in her career.

In mid-August, in Ohio, as shortly before in Toronto, Swiatek had been stopped in the second round, then he seemed very feverish, as if without bearings, far from the stratospheric level that was his in the spring. Irresistible, he had chained 37 wins and six titles in Doha, Indian Wells, Miami, Stuttgart, Rome then Roland-Garros, until his fall in the third round at Wimbledon.

Her unconvincing preparation seems to be just a bad memory and even the balls, for her part the object of criticism because they are different from those used by men, do not seem to pose any more problems, proving to be intractable against Stefano.

This authoritative success is enough to give her confidence in her campaign in New York, she who has never passed the round of 16 of the US Open. Titled at Roland-Garros this year for the second time after 2020, Swiatek will face another American, Lauren Davis (105a) in the third round.