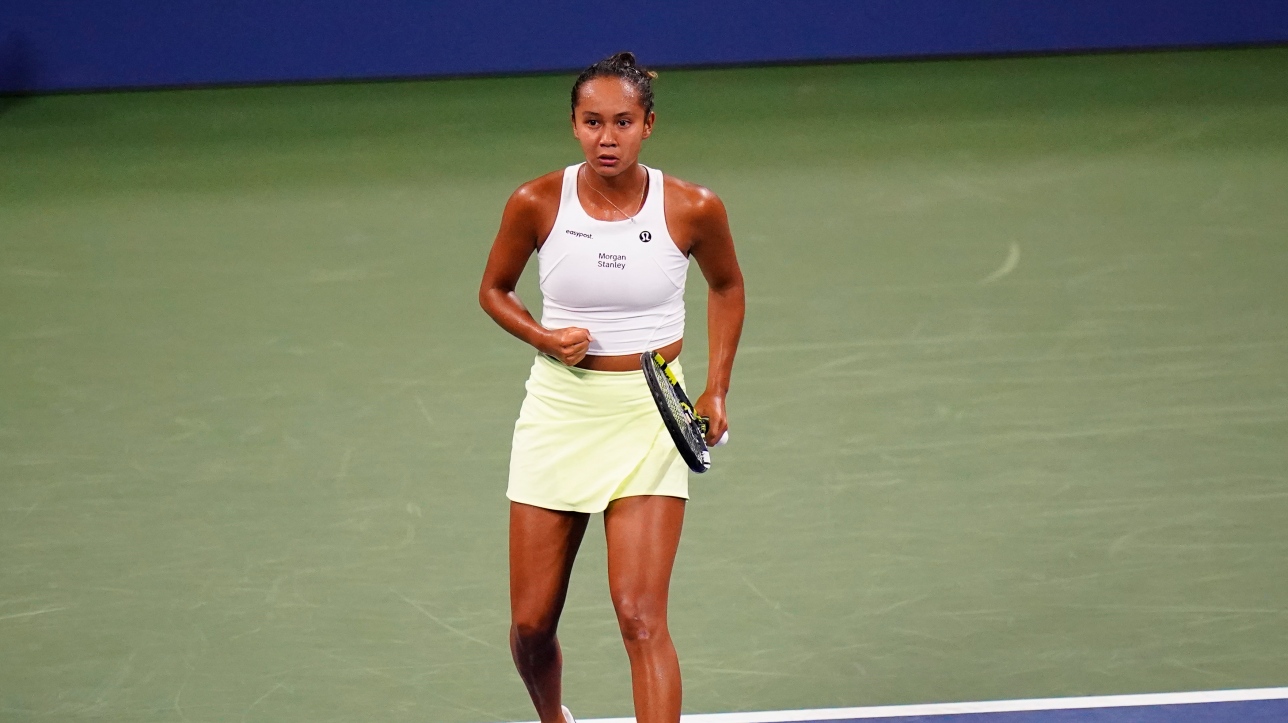 Leylah Fernandez advanced to the second round of the US Open by winning 6-3, 6-4 in two sets over Océane Dodin.

Quebecer had reached the final of the prestigious tournament in 2021 and were warmly welcomed on Monday evening.

“I got the chills when I went out on the pitch. I felt tired, it was getting late, but the crowd helped me in this match, “said Fernandez.

Fernandez faced the 98th player in the world for the first time in his career. It didn’t take long for Leylah to take control of the game. He took advantage of his first break point in the second game to win the game.

The Quebecer was heading for an easy first run, but Dodin hadn’t said his last word. He broke Fernandez himself in the seventh game to narrow the gap to just one game.

Fernandez, however, did not give the French a chance to confirm her break by winning the next match. Leylah won the set 6-3.

The fourteenth seeded of the tournament picked up where it left off in the first set. You again beat the 98th player in the world in the first game.

Both players returned to serve even as Fernandez scored again with a break in the seventh game, putting the Canadian up 4-3.

Serving for the 5-3 ahead match, Fernandez did not miss the chance and closed the books to move on to the next round.

Andreescu also advances to the 2nd round

Bianca Andreescu defeated Harmony Tan in two sets 6-0, 3-6, 6-1 in the first round of the US Open on Monday.

Andreescu won the first set in just 25 minutes but suddenly collapsed in the next set.

Broken from the start, she found herself under 0-4. After breaking 1-4 for the first time, she finally won a first serve point. It wasn’t enough to close the gap in this set, but she bounced back in the final round.

Not without difficulty, Andreescu advances to the 2nd round

After making only 1 unforced mistake in the first set, Andreescu totaled 15 in the second to allow Tan to equalize the game and force a final set.

“I started very well, then she recovered. She changed her approach, was more aggressive and got closer to the network, “Ontario said.

“It took me a little by surprise and in the third set I had to roll up my sleeves. I’m happy with how I handled the situation in the end. “

Andreescu will face 15th-seeded Beatriz Haddad Maia in the next round, who swept away Croatian and 117th world player Ana Konjuh 6-0, 6-0.

The third time is good for Marino

For her part, Rebecca Marino also reached the second round at Flushing Meadows, for the first time since 2010. The Canadian beat Magdalena Frech from Poland in two sets of 6-2 and 6-3.

Marino had two service breaks in each of the two sets and only lost his serve once, in the opening match of the second set, against an opponent who had already beaten her twice last year.

12 years later, Marino returns to the 2nd round in New York

“I play with more confidence today, it was the right time to take my revenge. It means a lot to me, it shows my resilience. I’m proud of myself and the people who helped me get this far, ”said the Vancouverite.

She will face Daria Snigur, who defeated seventh-seeded Simona Halep.

“It’s great that she managed to get through qualifying and get such a big win. She won Wimbledon junior, she is an excellent player. I have to be careful and do my research to be ready, ”Marino added.