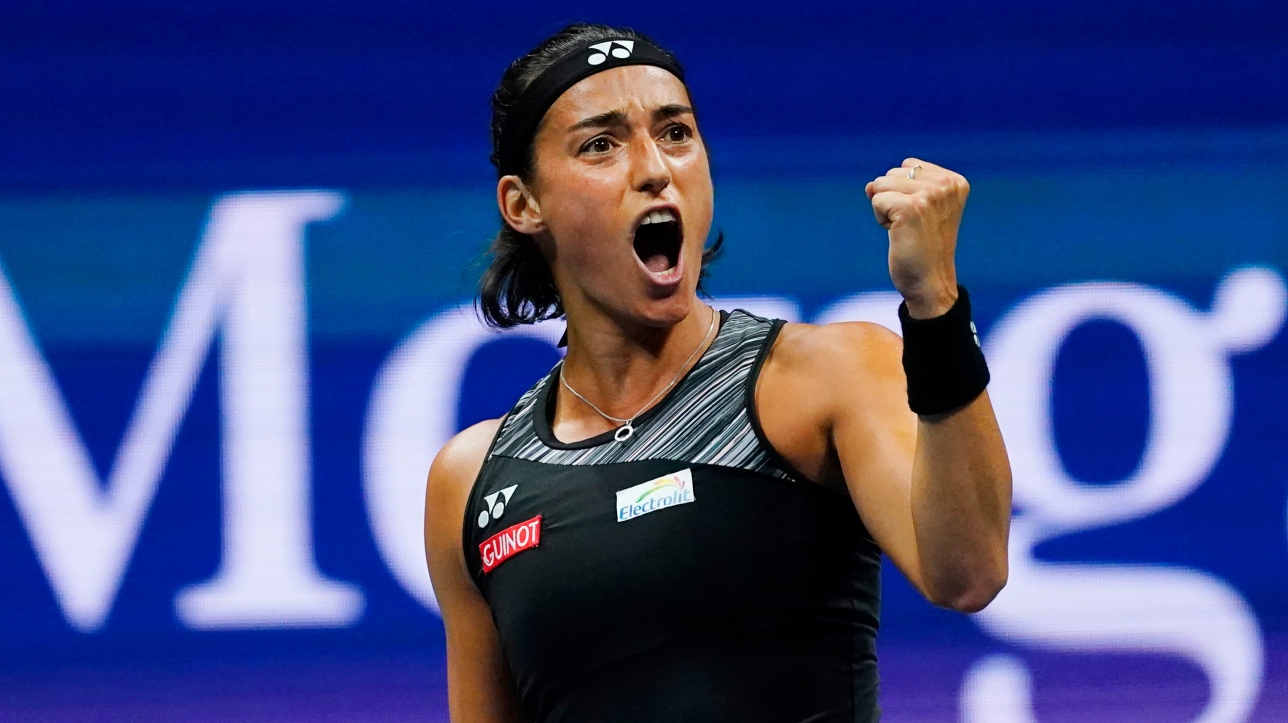 Tunisian Ons Jabeur, 5th in the world and finalist of the last Wimbledon, qualified on Tuesday for her first semifinal of the US Open beating Australian Ajla Tomljanovic (46th), who fell to Serena Williams in the 3rd round, 6- 4 , 7- 6 (7/4).

At 28, Jabeur will try to climb for the second time in his career in the final of a Grand Slam tournament on Thursday, facing the French Caroline Garcia (17th) who measured the American Coco Gauff (12th) in two rounds.

At 28, the Frenchwoman, who had never passed the third round of the New York major. She becomes the first French player to reach the semi-finals of a major since Marion Bartoli won Wimbledon in 2013.

Champion in Cincinnati last month, Garcia now has 13 straight wins. He hasn’t lost a set in New York this year in five games.

“I knew it would be difficult physically and psychologically, especially with these repeated breaks,” commented Jabeur, who showed signs of nervousness.

“I apologize for my attitude, but the racket slipped from my hand,” he said with a big smile.

In total, the Tunisian has served her opponent five times, who in turn has managed four breaks.

In the second set, Tomljanovic served at 5-3 to equalize in a set anywhere, but sabotaged his serve game and offered Jabeur a break for a double fault.

So much so that the two players reached the tie-break.

“I knew the tie-break would be decided on one or two points. I was lucky that he committed a double fault ”which allowed Jabeur to break 5/3 in this decisive match, commented the Tunisian.

“I’ll watch their game hoping they play five or six hours and kill each other!” “She commented, smiling Jabeur.

More seriously, she stressed that the final played at Wimbledon this summer had “given her confidence”.

“I lost, but I have known since then that I am capable of winning a Grand Slam tournament,” said Jabeur, the first player from the African continent to reach the semi-finals at Flushing Meadows.

Until then, he had never made it through the 3rd round of the New York Major.

Caroline Garcia, 17th in the world, qualified for the US Open on Tuesday for her first semi-final of a Grand Slam tournament by clearly dominating American Coco Gauff (12th) 6-3, 6-4.

Garcia continues his momentum against Gauff

“I don’t know how to describe how I feel, the energy was crazy, my head is buzzing,” the Frenchwoman said before leaving Arthur-Ashe courthouse.

Lyonnaise has thus obtained the 13th consecutive victory since the qualifiers in Cincinnati where she won the tenth title of her career shortly before arriving in New York.

In front of Gauff, who had beaten her in the two previous matches, in Indian Wells in 2021 and in Doha in 2022, Garcia immediately took control of the match by imposing his power, his speed and putting Gauff under a pressure that American, finalist of the last Roland-Garros, could not bear (24 unforced errors, 26 caused errors).

“I’ve always played aggressively, it turns out I’ve been in enough physical shape for the past few months to play this game and continue on that path,” she said.

Garcia thus managed the entrance break in the first set benefiting from a double foul by the opponent. She then managed to make a double break thanks to an easy a priori pass from Gauff but she played too long.

Under 4-0, Gauff played a little more aggressively to recover Garcia’s serve, but the Frenchwoman got her hands on the match and won her first set point.

This was followed by a new entry break in the second set and he didn’t lose his lead to finish at his first match point, not without saving a break point at 3-2.

His landslide victory over the 19-year-old American tennis nugget confirms that Garcia is the most impressive player since the tournament began.

And he does not hide his ambitions before playing the next match: Jabeur, «since the youth, is strong. I’m looking forward to this challenge, “he said.