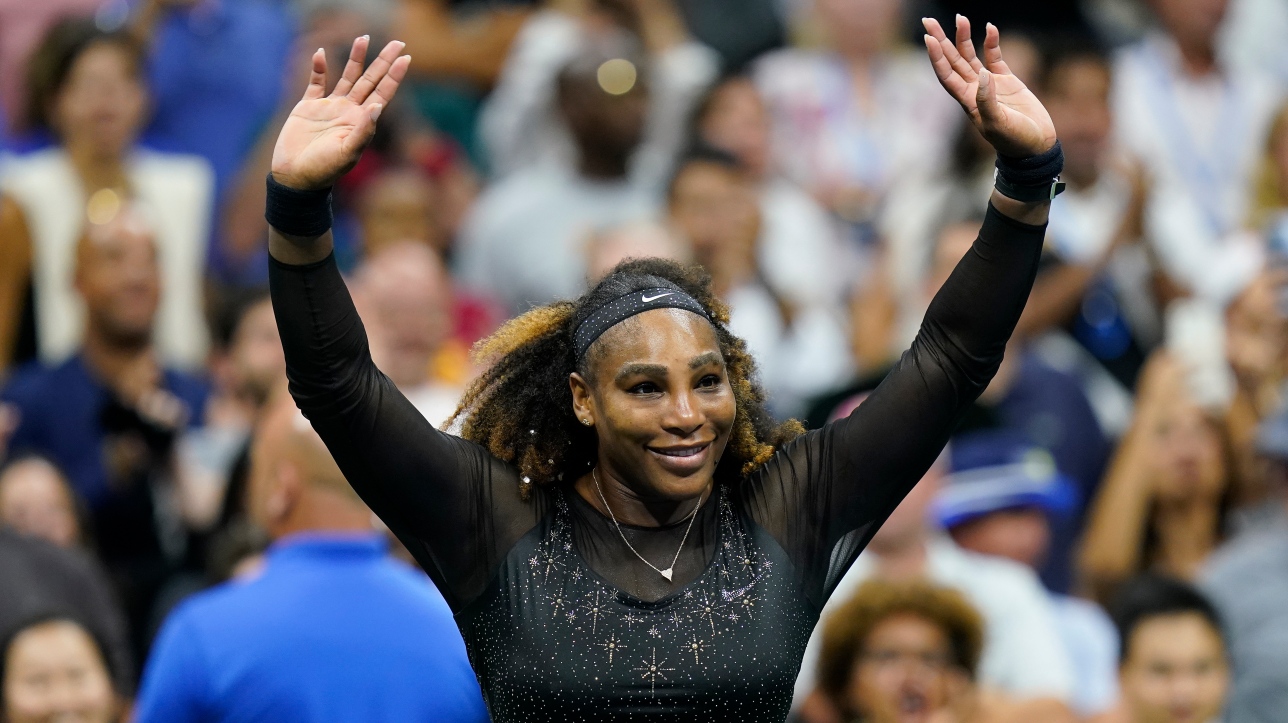 Serena Williams qualified Wednesday for the third round of the US Open, which could be the last tournament of her phenomenal career, beating world number 2 Estonian Anett Kontaveit, 7-6 (7/4), 2- 6, 6-2.

In the next round, the 40-year-old American with 23 Grand Slam titles, who is now 605th in the WTA, will face Australian Ajla Tomljanovic (46th).

Shortly after 7pm Serena Williams entered the Arthur-Ashe court, amidst a loud ovation but in an enclosure that vibrated less with emotion than on Monday, her stands were not yet fully filled. However, the atmosphere quickly became lively.

A few minutes earlier, the same introductory video had been broadcast, broadcasting images of his finest exploits in Flushing Meadows, narrated by Queen Latifah.

In her black dress with sequins, diamonds adorning her shoes, Serena Williams stepped onto the pitch, warmed up and played.

With always this blind support from the audience they also had to calm down when the referee video showed that a Kontaveit ball was hanging from the line of some felt threads.

Motivated as in her best moments, Williams – who will turn 41 on September 26 – let go of her shots. But Kontaveit is not as soft as Danka Kovinic in the first round and the Estonian has contained the power of the American, giving blow for blow.

As at the end of the first set in which Williams broke to take the lead 5-4 and served to win the set without succeeding, Kontaveit recovered at 5-5.

The two players thus arrived at the tie-break: on a drop that stopped in the net, Kontaveit gave Williams a mini-break. He kept his lead and finished with an ace that made their spot anonymous and stars, including Spike Lee and Tiger Woods.

The American then stopped the bleeding by resuming one of the two delayed services.

But Kontaveit was ready to respond to the power of the American’s blows. Up to provoking gestures of helplessness in Williams.

So much so that the Estonian continued her march forward by beating the American’s signing for the third time in the set. And it was with an ace, like Williams before, that Kontaveit finished the second set.

At that point, Williams seemed caught up in her own game of power and speed: Kontaveit had 29 game winners in two sets (versus Williams’ 25) including 15 in the second set (to 7).

But as Chris Evert had warned, “don’t underestimate” Serena Williams: close to the knockout, she got up and resumed the fight.

Both players hit, the balls flew and Serena broke the lead in the deciding set to take the lead 2-0. Before breaking away irretrievably and concluding with a superb winning comeback down the line.