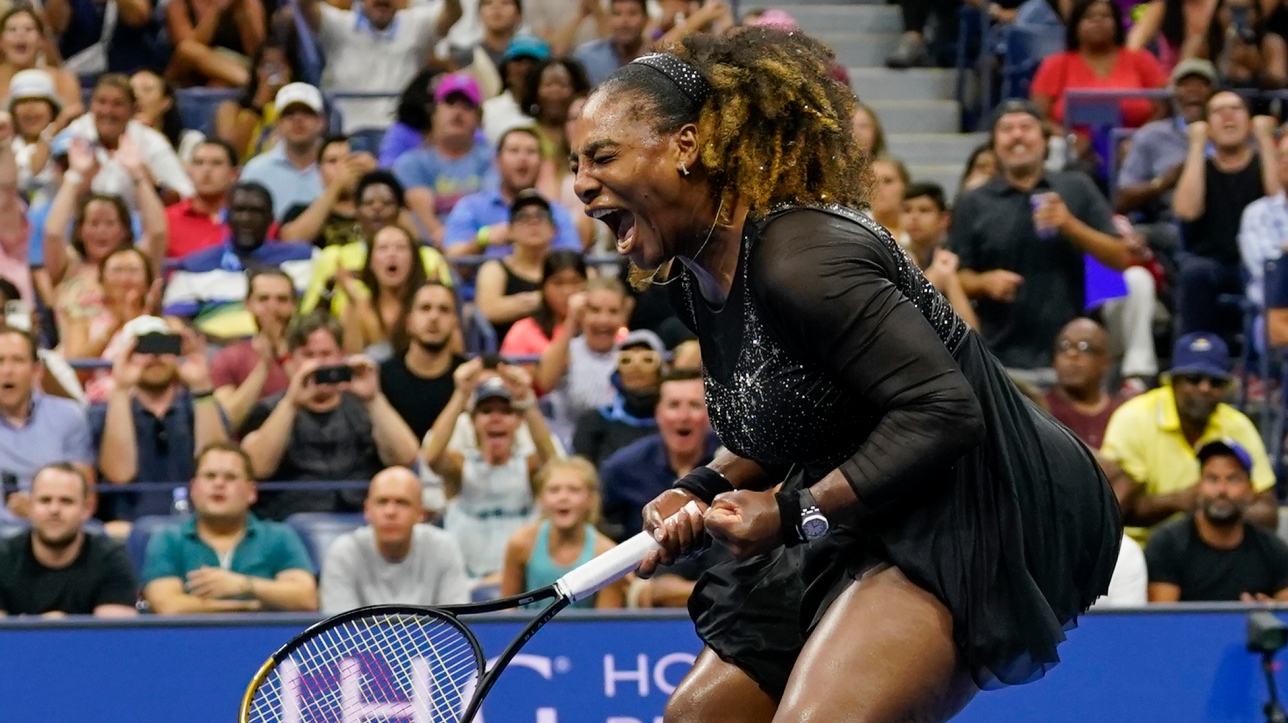 Serena Williams qualified for the second round of the United States Open on Monday, which could be the last tournament of her phenomenal career, beating Montenegrin Danka Kovinic (80th in the world) 6-3, 6-3.

“I always do my best. And here I feel good. The audience was crazy and it really helped me, “she commented before leaving Arthur-Ashe’s court.

In the next round, the 40-year-old American with 23 Grand Slam titles, who is now ranked 605th in the WTA, will face world number 2 Anett Kontaveit.

Pushed by the public, including her many stars who were part of it, and relying on her powerful serve, the player considered the greatest in history has thus postponed the end of her career a little longer. Because she announced in early August that she would soon be retiring. Nothing is official yet but the American Major, which has won six times, seems like a good way out with the festivities that have been organized in her honor.

“The decision was very difficult to make. It’s always hard to stop doing something you love. But I think it’s time and more chapters will open. It will be Serena 2.0 “, confirmed the player who refuses to use the term” retirement “, preferring” evolution “.

Serena breaks through and wins in two sets

His entry into the field was preceded by an animation with images of his New York hits projected on giant screens, with a comment that insistently repeated “regina” (the queen).

Heralded once again as “the queen”, she entered the court dressed in a black sequined dress, her hair pulled back into a mane and elicited a deafening ovation from the standing audience.

In the stands, her daughter Olympia dressed like her, and her husband Alexis Ohanian, founder of the social network Reddit.

In front of an audience committed to his cause and even unsportsmanlike to the point of applauding for his opponent’s faults, Williams managed in the entrance break by taking the lead 2-0 in the first set. But the Montenegrin won the next three games by taking the lead 3-2.

However, with two double fouls, he let Williams get back into the game. The American played three games, taking the lead 5-3 and serving to win the first set.

He saved four balls to resume the break and completed the set with two aces and a service winner.

Williams prevails on the service and wins the 1st set

In the second set, she managed to break a first break 3-2, then a last one in the last match of the match.

Eliminated in the first round at Wimbledon where she had returned by surprise this summer after a year of absence, Serena Williams has offered herself an extra dance in New York.

Halep eliminated in the first round

The Romanian Simona Halep, seeded no. 7, who had just won the Toronto National Bank Open, was eliminated as soon as she entered the competition, beaten 6-2, 0-6, 6-4 by Ukrainian Daria Snigur (124th world).

Surprise! Simona Halep beaten in the 1st round

It is a rather unexpected underperformance of the former world number 1 (in 2017), crowned at Roland-Garros (2018) and Wimbledon (2019), which seemed to have registered his return to the forefront, a year after falling out of the top. . 10 due to a series of shoulder and thigh injuries.

Her match was like a roller coaster, after losing the first set and winning the second, during which she gave a fierce response without leaving a single game for her rival.

Visibly challenged physically on the field by Louis-Armstrong, Halep then let go of her opponent who was leading 5-1 in the last set, before returning to 5-4, having canceled two match points in the process.

The third was still the good one for Snigur who will be opposed in the next round to Canadian Rebecca Marino (106th).

It was Snigur’s first appearance on the main draw of a Grand Slam tournament.

During his match, he wore a ribbon with the yellow and blue colors of the Ukrainian flag at chest height. After his victory, he put his hands around the ribbon.

Last week, he participated in the “Tennis Plays for Peace” exhibition tournament to raise funds to help Ukraine. This event was also unveiled at the Louis-Armstrong Stadium, which perhaps helped calm Snigur down.

“I think it helped me a bit because I was here for ‘Tennis Plays for Peace,'” said Snigur, who couldn’t help but cry in an interview conducted on the court.

The tenth seeded tournament Daria Kasatkina also packed up in the first round.

Maria Sakkari, third seed, and Caroline Garcia, 17th, are among today’s winners in the women’s draw.

Garcia will now face Russian Anna Kalinskaya, world number 60, who was the first qualifier of the day for the second round thanks to her 6-4, 6-3 victory over Swede Rebecca Peterson (92).

The American and twelfth seeded Coco Gauff for his part signed his first career victory over Arthur-Ashe taking the measure of Leolia Jeanjean 6-2, 6-2. Madison Keys also won at home, 7-6 (7), 6-3 over Dayana Yastremska.