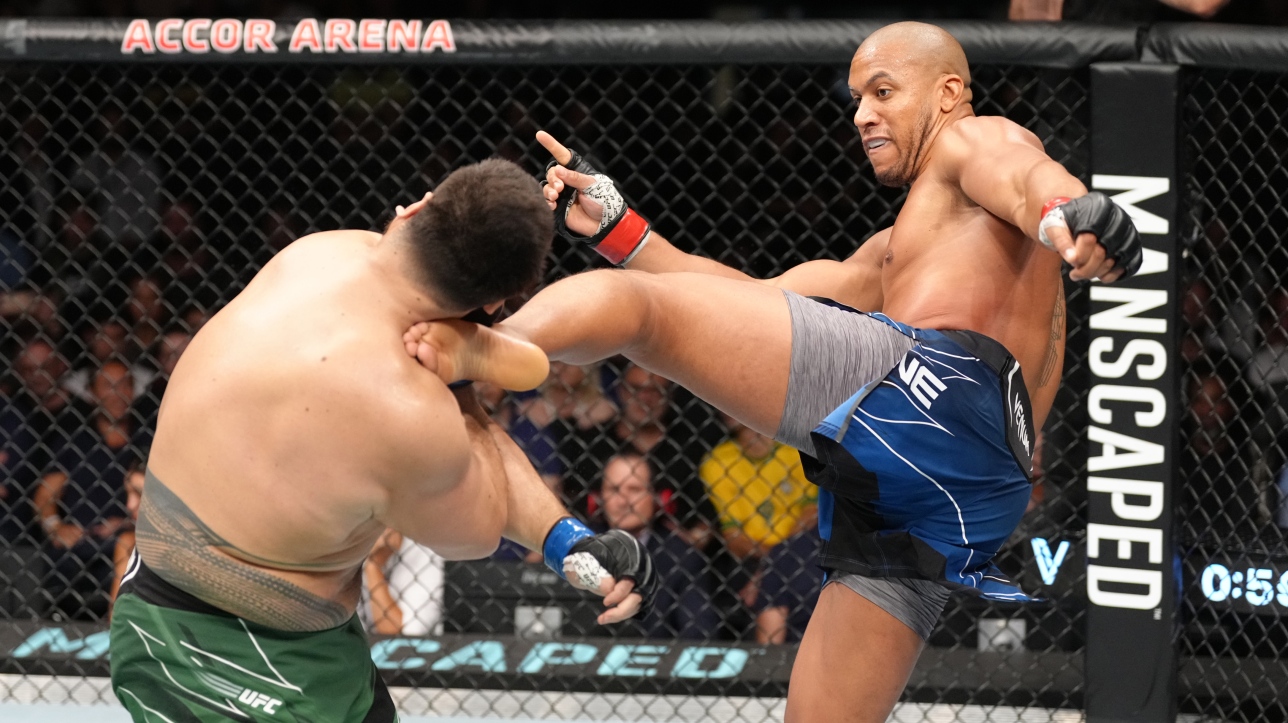 The UFC Fight Night gala starring Ciryl Gane and Charles Jourdain will be broadcast on a deferred basis starting at 7:30 pm on Saturday on RDS2 and RDS.ca.

Ciryl Gane gave herself another chance for the title by winning her fight against dangerous slugger Tai Tuivasa with a knockout. in the third round, at UFC Fight Night in Paris.

Gane would like to face heavyweight champion Francis Ngannou again, who beat him last January.

“I have goals, it’s to go back there. We weren’t far from having it. Today was a step back there, let’s hope there isn’t another one, “Gane said.

If the first round did not offer a great show, it is quite the opposite that happened during the second round. Gane appeared to be in control, using his mobility to set the pace and stay away from Tuivasa’s powerful punches, but the Aussie surprised Gane with a solid right to take down his opponent. Back on his feet, Gane appeared whipped by his opponent’s attack and dealt several blows to the body that hit the target and appeared to injure Tuivasa.

Perfect evening for the French; Jordan beaten by Wood

Both heavyweights continued to send wild bouts in the third round, but Gane’s technique and punch combinations finally got the better of his rival and the Frenchman rocked the arena with a K.-O. spectacular.

This UFC event presented in Paris was the first held in France since the legalization of mixed martial arts in the territory in 2020. French fans created an electrifying atmosphere throughout the main card, but especially during the main event, singing worthy songs of the largest football stadiums in Europe and chanting Ciryl’s name on several occasions.

“I have no words to write how I feel right now,” Gane said in his post-fight interview, addressing the crowd. There were many doubts as to what the French audience would be like, but now there are none. You have proven that you are one of the best spectators in the world. “

“I’m particularly happy with the script because it was a tough fight and created emotions. I think the spectators must have loved that fight. At first I did it, then it came back, it hurt me. It touched me, everyone thought it would end. I came back even stronger and I’m finally done. “

In the co-main event, Robert Whittaker defeated Marvi Vettori by unanimous decision in a middleweight bout.

After a first round where both fighters appeared to be studying each other and few impact punches were thrown, Whittaker opened the machine in the second round. The Australian had started the fight waiting for Vettori’s attacks and then went on the counterattack, but in the second round it was he who led the charge and hit the opponent more often and with more power.

In the third round, Whittaker kept his foot on the accelerator and completely dominated his opponent. Several kicks and lots of right hands hit the target and brought Whittaker to victory. The veteran has shown why he is the number one contender and is now hoping to face the winner of the fight between division champion Israel Adesanya and Alex Pereira.

In the first match on the main card, Charles Jourdain lost to Nathaniel Wood by unanimous decision.

RESULTS OF THE CARD