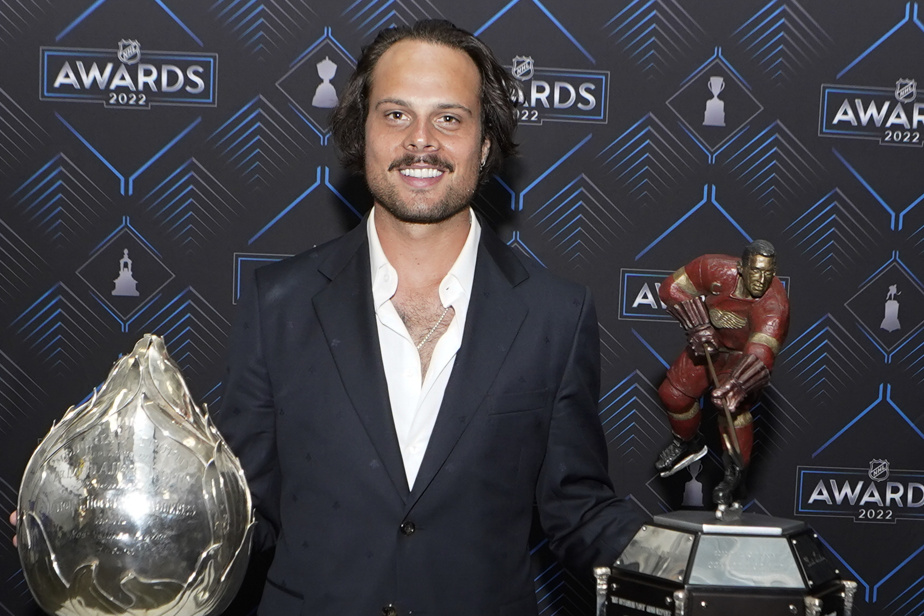 In the hunt for the Hart Trophy, an honor determined by the Association of Professional Hockey Journalists, Matthews garnered 119 votes in first place and 49 votes in second, for a total of 1,630 points.

He beat Edmonton Oilers’ Connor McDavid, who had 1,111 points thanks to 29 votes for first place, and New York Rangers goalkeeper Igor Shesterkin (738 points).

“I can’t lie, the feeling is really good. […] It’s really special, ”commented Matthews, though he admitted receiving the honor in Tampa, where two-time defending champion Lightning and Colorado Avalanche will face off in the fourth game of the Stanley Cup Finals on Wednesday, sparking bittersweet feelings.

“There is a bit of a mess, we would like to continue playing,” he added.

Matthews, who also won the Maurice Richard Trophy as NHL’s top scorer with 60 goals in 2021-22, is only the third player in Maple Leafs history to win the Hart Trophy, and the first since Ted Kennedy, in late 1954. – 1955 season.

Additionally, Matthews became the first ever Maple Leafs player to receive the Ted Lindsay Trophy, an honor voted by members of the Players Association. The other two finalists were Nashville Predators defender Roman Josi and McDavid.

In 73 games, Matthews has reached his personal career highs with his 60 goals, as well as 46 assists and 106 points.

Failing to receive the Hart Trophy, Shesterkin won the Vezina Trophy, awarded to the goalkeeper deemed the best in his position, according to the National Hockey League CEOs.

Finalist for this honor for the first time in his career, Shesterkin is the third standard bearer in Rangers history to receive this trophy, according to the selection criteria put in place in 1981-1982, after Henrik Lundqvist, in 2011-2012, and John Vanbiesbrouck, in 1985-1986.

Shesterkin emerged as an almost unanimous choice, garnering 29 out of 32 votes in first place. She finished second in the other three ballots, for a total of 154 points.

Calgary Flames’ Jacob Markstrom was second in the vote with 53 points, ahead of Juuse Saros (32 points) of the Nashville Predators.

Meanwhile, the other three first votes went to Frederik Andersen of the Carolina Hurricanes, Andrei Vasilevskiy of the Tampa Bay Lightning and Ilya Sorokin of the New York Islanders. These three bearers finished fourth, fifth and sixth respectively.

Shesterkin finished the season with a 36-13-4 record and six stoppages from 52 games.

Additionally, according to the Association of Professional Hockey Journalists, Cale Makar became the first player in Colorado Avalanche history to receive the Norris Trophy, awarded to the NHL’s most outstanding defender.

The difference in the result comes from second place, where Makar beat Josi 98-76. The reporters had to identify five players in their runoff and the points were distributed as follows: 10-7-5-3-1.

Winner of the Calder Trophy in 2019-20, Makar led all NHL defenders with 28 goals. His 86 points left him second among NHL defenders, 10 points behind Josi.

Seider largely dominated the poll, amassing 1,853 points, thanks in part to 170 votes in first place.

Seider has played in all 82 games for the Red Wings and scored seven goals and 50 points.

On a different note, the NHL has announced that Julien BriseBois of the Tampa Bay Lightning, Chris Drury of the New York Rangers and Joe Sakic of the Colorado Avalanche are the finalists for the Jim-Gregory trophy, awarded to the general manager of the year in the NHL. .

The winner will be known during the NHL drafting session on July 7 and 8 in Montreal.