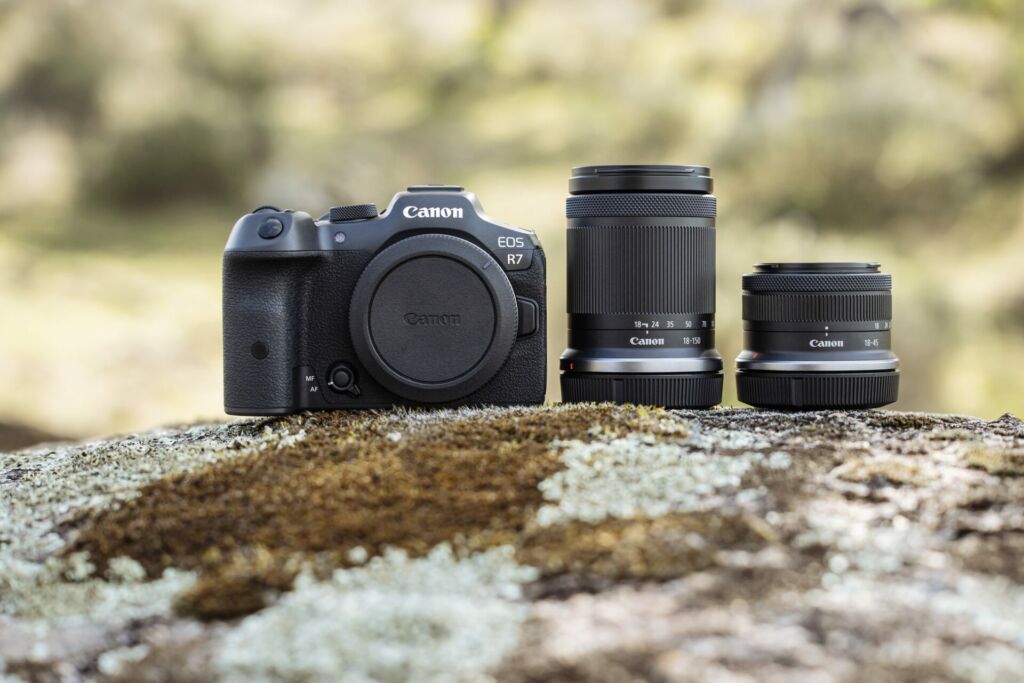 In recent years, there has only been 24 × 36 on the interchangeable lens mirrorless camera market, the Sony locomotive being emulated within the competition. Yet in 2022 the APS-C and Micro 4/3 systems are in the limelight. Proof that they are not ready to withdraw.

Finally, it’s not just the full format in life. However, the recent past has suggested this idea. During the almost simultaneous arrival, in 2018, of Canon and Nikon on the hybrid 24×36 market – with the EOS R and Z6 / Z7 – to challenge the leadership of Sony Alpha, some felt that the “small” sensors would be theirs. expenses. A feeling all the more legitimate since Panasonic, which flourished around its Lumix Micro 4/3 range, joined the movement with its Lumix S hybrids. Despite this irresistible attraction to full format, the small sensors still have a voice in the chapter . The beginning of the year testifies to this, given that the APS-C and Micro 4/3 models take the lion’s share of the novelties.

APS-C majority in the first semester

The EOS R5C and the Leica M11 seem well isolated at the end of this first semester: these are, to date, the only two 24 × 36 hybrids unveiled in 2022. And again, they are aimed at a restricted clientele, that of professional videographers. The rest of the news on the photographic market concerns the “small” sensors. Producers loyal to the Micro 4/3 have thus renewed the top of the range of their respective ranges.

OM System has unveiled its first box, the OM-1, while Panasonic has formalized the release of its Lumix GH6, whose identity was announced at the end of last year. Fujifilm, which resists full-format sirens (the large GFX sensor system sits a notch above 24 × 36), continues its merry way in APS-C, with an attractive X-H2S.

While Canon and Nikon, while very busy developing their 24 × 36 R and Z mount ranges, are careful not to overlook the APS-C format. The summer versions of the EOS R10, R7 and Z30 are proof of this.

Lens manufacturers are not excluded. Tamron has just unveiled a new version of its 17-70mm f / 2.8 Di III-A VC RXD zoom, this time with X mount, to mount on Fujifilm hybrids, while it already existed with E mount for Sony mirrorless cameras in APS- C format Sigma has also rejected its trio of bright 16, 30 and 56mm f / 1.4 DC DN I with contemporary fixed focal lengths, which already exist with E-mount and are now marketed with X-mount.

You use them at the center of the game

At their expense it is the Cassandras who have announced the end of small sensors with the democratization of the full format. The reason is twofold. On the one hand, the full format, even if it is possible to find cheaper boxes, remains expensive when you want to equip yourself with quality optics. Above all, this system is more bulky when you consider the lenses, with equivalent focal lengths, compared to the equivalent configurations in APS-C and Micro 4/3.

Not to mention the usage benefits provided by the smaller sensors. Long focal length enthusiasts thus benefit from the multiplier coefficients inherent in the APS-C (1.5x on average) and Micro 4/3 (2x) sensors: therefore, a 100-400 mm will behave respectively like a 150-600 mm or a 200-600 mm. Another area where “small” sensors provide greater ease of use: video. The management of the depth of field is in fact a little less difficult to manage, while in 24 × 36 the slightest error in focusing at open apertures causes irreparable blurring in post-production.

These are just a few examples, but they show that one format does not exclude the other. Thus, in the hybrid era, whatever the mount, sensors of different sizes coexist in the catalog of the same brand, such as Fujifilm’s medium format and APS-C, or Panasonic’s 24 × 36 and Micro 4/3. Even around the same mount, since, as in the days of SLR cameras, Canon, Leica, Nikon and Sony offer lenses that cover the 24 × 36 or APS-C format around the respective R, L, Z and E.

Less dissuasive in terms of price, but just as relevant for their inherent characteristics in the field, the APS-C and Micro 4/3 formats therefore still have a bright future ahead of them.