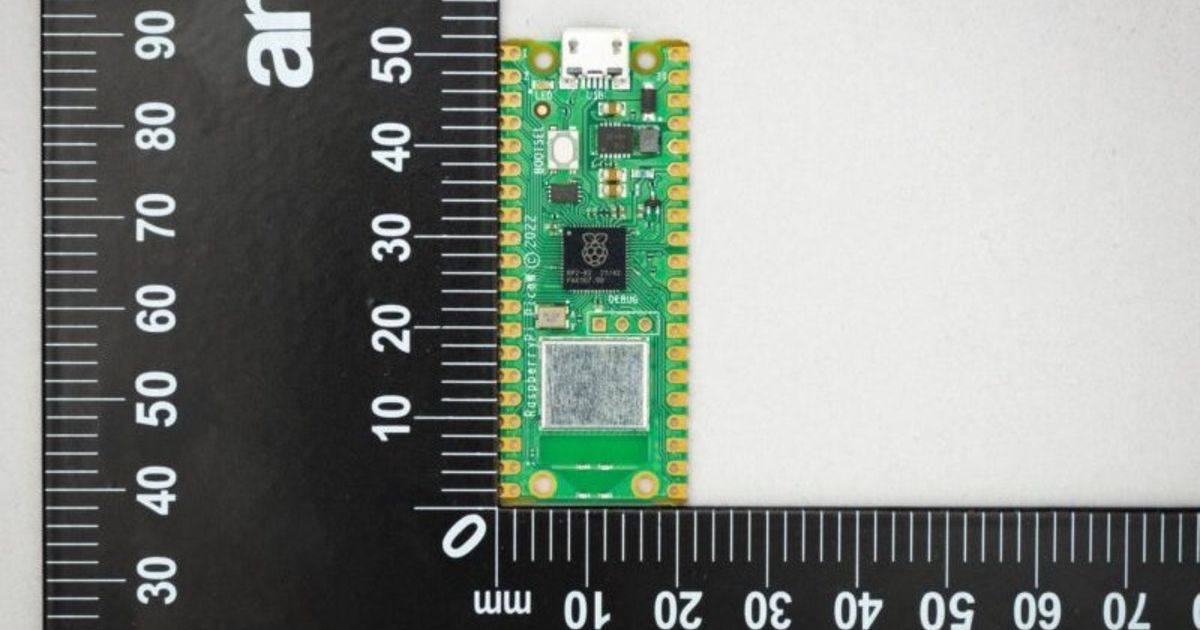 What if you built your home automation system yourself? This is now possible thanks to the Raspberry Pico W, a microcontroller with wifi connectivity produced by the famous Raspberry Foundation.

Despite the shortage of components, Raspberry Pi continues to launch microgadgets of all kinds. The foundation, known for its ultra-low-cost microcomputers like the Raspberry 4, has just announced the release of its latest product: the Pico W.

A microcontroller with a wifi chip

Revised and corrected version of the Pico released in 2021, the main advantage of this new product is to natively incorporate 802.11n wifi compatibility.

Recall that the Pico – and a fortiori this Pico W – is not a computer in its own right, but rather a microcontroller. Capable of carrying out simple tasks, this processor linked to a small memory can be integrated into a whole range of robotic or home automation projects. Connected to LED lighting, it automates some tasks by interpreting simple commands to turn on, for example, the living room light bulb depending on the ambient light. By connecting an infrared sensor and with a little programming, it is possible to transform the Pico into a robotic “brain” capable of moving on its own.

The great versatility of the Pico, and its very low price around € 5, have earned it a great success in the community of hackers of all kinds. According to the Raspberry Foundation, more than two million cards have been sold. Problem, in its first version, the Pico lacked wifi connectivity. This limited its possibilities quite severely, as it was difficult to control the accessory from your smartphone or computer. The Pico W therefore corrects this shortcoming for a higher price, since the gadget costs € 7 in its basic version.

The on-board wifi modem (the Infineon CYW43439, to be precise) is not among the fastest or most efficient, but it offers new programming horizons for the Raspberry microcontroller. One can imagine that a connected Pico W will manage a lighting system, but this time with the ability to control it from an application via your smartphone. Homemade connected light bulbs in a nutshell. Connected to a motor, it can also be used as a D-style connected lock.

The Pico W incorporates an RP204 chip with an ARM Cortex M0 + processor clocked at 133 Hz, with 264 kB of RAM and 2 MB of memory. Or the same spec sheet as the first Pico of the name, with full backward compatibility as a bonus. Not enough to run any operating system, but enough to make it a nice home automation accessory, especially given its wifi connectivity. With a fleet installed behind your light bulbs, your motion detectors or your old TV, it is possible to create a real home automation ecosystem entirely handmade.