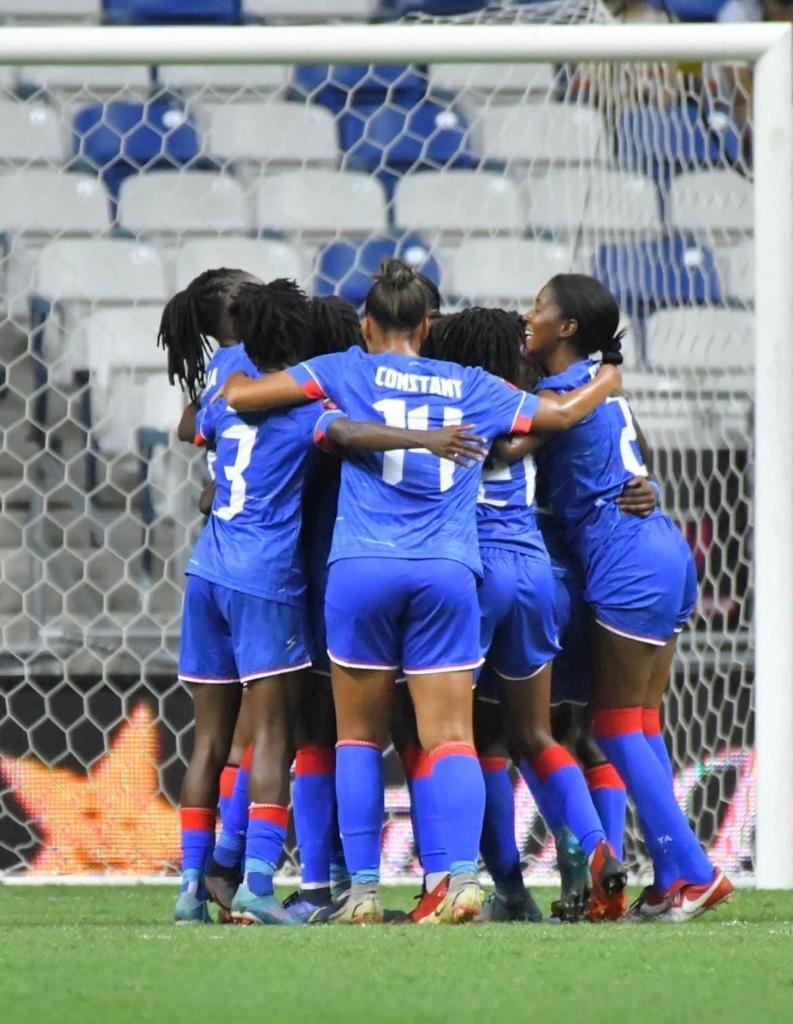 National team coach Nicolas Delépine made just one change to the starting line-up against the US, replacing Lara Larco with Nahomie Ambroise on goal. And the Grenadières, before the first quarter of an hour of play, open the scoring of Roselord Borgella (14th, 0-1). At the origin of this goal, a pass from Corventina to Batcheba Louis that disorientates in the middle of the penalty area, with two successful jumpers, two Mexican defenders. At the last gesture, Batcheba was mowed down in the forbidden zone and the Costa Rican referee Marianela Araya, without hesitation, designated the spot.

To turn this penalty into a goal, Roselord Borgella, who had missed his attempt against the USA, showed composure by taking the Mexican goal, Emily Alvarado, on the wrong foot. Four minutes later, once again, Roselord Borgella scored another goal, but disallowed for offside position. We stop there for the half-time score.

As in the early period, the Mexicans dominated, but never put in great danger the well-orchestrated Haitian central defense around Kethna Louis and Claire Constant. On the sides, Ruthny Mathurin on the left and Chelsea Surpris on the right, did the job.

Wanting to get the job done, the Grenadières, who are only following the directions of Nicolas Delépine, were about to score a second goal, seven minutes after the hour, in fact, on a long Corventina opening for Nérilia Mondésir, the latter is countered in a fallacious manner by the last bastion of Mexico, Emily Alvarado who received a yellow card in passing, and a second penalty for Haiti.

The Grenadières captain caught Alvarado on the wrong foot to score the goal (2-0, 67 °) for Haiti who dominated the game and made the opponent run, overtaken by events.

The Haitian women’s soccer team would force Mexicans to commit fouls galore. So Greta Espinoza (75th) was sent off and Mexico, although at a disadvantage, played the rest of the match outnumbered, 10 to 11.

Three minutes later, Sherly Jeudy, who played a monstrous match in midfield with Jennyfer Limage, showed off her scoring talent with a masterfully kicked free-kick that left the Mexico goalkeeper (3-0, 78th) for Haiti speechless. . .

After this historic victory (3-0) of Haiti against Mexico, great first (all competitions and categories together), the Grenadières finished in second place in Group A with 3 points (3BP and 3BC) ahead of Jamaica, corrected by the USA (5-0), Mexico occupies the last place at zero and will face the leaders on 11 July, the USA full up until then: two games and two victories.

To hope to go to Oceania in 2023, Haiti will only have to draw against Jamaica on July 11 to consolidate its second place before disputing the semi-finals, and this with the possibility of composing one of the two tickets that give access to the Paris 2024 Olympics. .