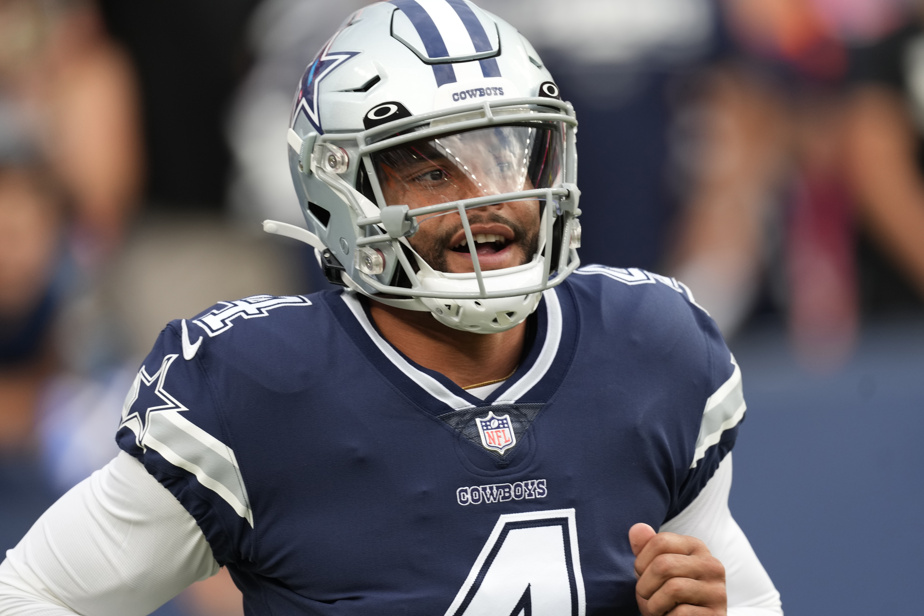 Year after year, it is always difficult to predict how things will develop in the east of the National. Also because the Dallas Cowboys are always unpredictable. In Philadelphia, all the pressure is on Jalen Hurts, as the Washington Commanders hope their defense lives up to their potential. At the New York Giants it’s time for the last chance for some key players. This is the sixth in our series of eight scripts in preparation for the new NFL season.

Will the Cowboys make it to the Super Bowl for the first time in 27 years?

Until they get some playoff success, they can’t really be considered legitimate contenders. In the past 27 years, they haven’t even gotten to one of the 54 seats available to play in a conference final … By comparison, from 1970 to 1995, Dallas had appeared in the national final 14 times! As is often the case, it is not a question of talent. The Cowboys have some great players, including Dak Prescott, Zack Martin, CeeDee Lamb, Micah Parsons, and Trevon Diggs. The problem is that they haven’t learned how to win the important games yet.

Is Mike McCarthy the man for the job in Dallas?

Cowboys owner Jerry Jones said he wouldn’t have kept McCarthy if he didn’t believe his team could win a championship with him. McCarthy won a Super Bowl with the Green Bay Packers 12 years ago, but his score has dropped significantly since then. He has often made questionable decisions since taking charge of the Boys and his arrival has not resolved the fickleness of the club. Sean Payton said he wanted to take a year off before returning to the world of instruct. With rumors of a union between him and the Cowboys circulating, no one would be surprised to see him on the sidelines in 2023.

Will quarterback Jalen Hurts establish himself as a good starter in the coming months?

We already know that Hurts is one of the best quarterbacks in the NFL with legs, he who led the players to his position and the Eagles with 784 yards ran in 2021. But is he capable of being a passer-by? Quality? We should get the answer this season, as the Eagles have acquired the excellent AJ Brown from the Tennessee Titans. Brown joins a group of receivers that also includes DeVonta Smith, who led the team with 916 yards passing in his first season, tight end Dallas Goedert, as well as reserve receivers Zach Pascal, Quez Watkins and Jalen Reagor. Hurts is also protected by a great line, so there are no more excuses. If he doesn’t play well, the Eagles will be in a good position to find his successor in the draft, as they have two picks in the first round.

Will the commanders’ defense play to its full potential or has it been overloaded?

It would be difficult for unity not to be better than last year, but what remains to be seen. The organization is bullish on offense thanks to the acquisition of veteran quarterback Carson Wentz and the selection of Jahan Dotson in the first round, but the success of this team depends on his defense. The Commanders have four former top picks on their defensive front, including Chase Young, and good cornerbacks like William Jackson III, Kendall Fuller and Benjamin St-Juste of Quebec, whose rookie season was sadly marked by concussions. If Jack Del Rio’s defense recovers, the commanders could compete for first place in the east. If not, coach Ron Rivera will likely not return to the U.S. capital in 2023.

Where are the Giants headed?

Not sure if they themselves know … What we do know is that this will be quarterback Daniel Jones’ last chance to do the team justice. The Giants have given up the option year on his contract for 2023. If Jones and the offense continue to struggle, running back Saquon Barkley, who was the second prospect selected in 2018, and receiver Kenny Galloday, who earns an annual salary of 18 million, are two other players who could find themselves unemployed. Luckily for those three players and for the attack, new manager Brian Daboll is considered one of the best offensive players in American football. The defense wasn’t as bad as the offense in 2021, but we’re certainly not talking about a dominant group. The Giants are 22-59 since 2017 and have already had five managers since Tom Coughlin left after the 2015 season.