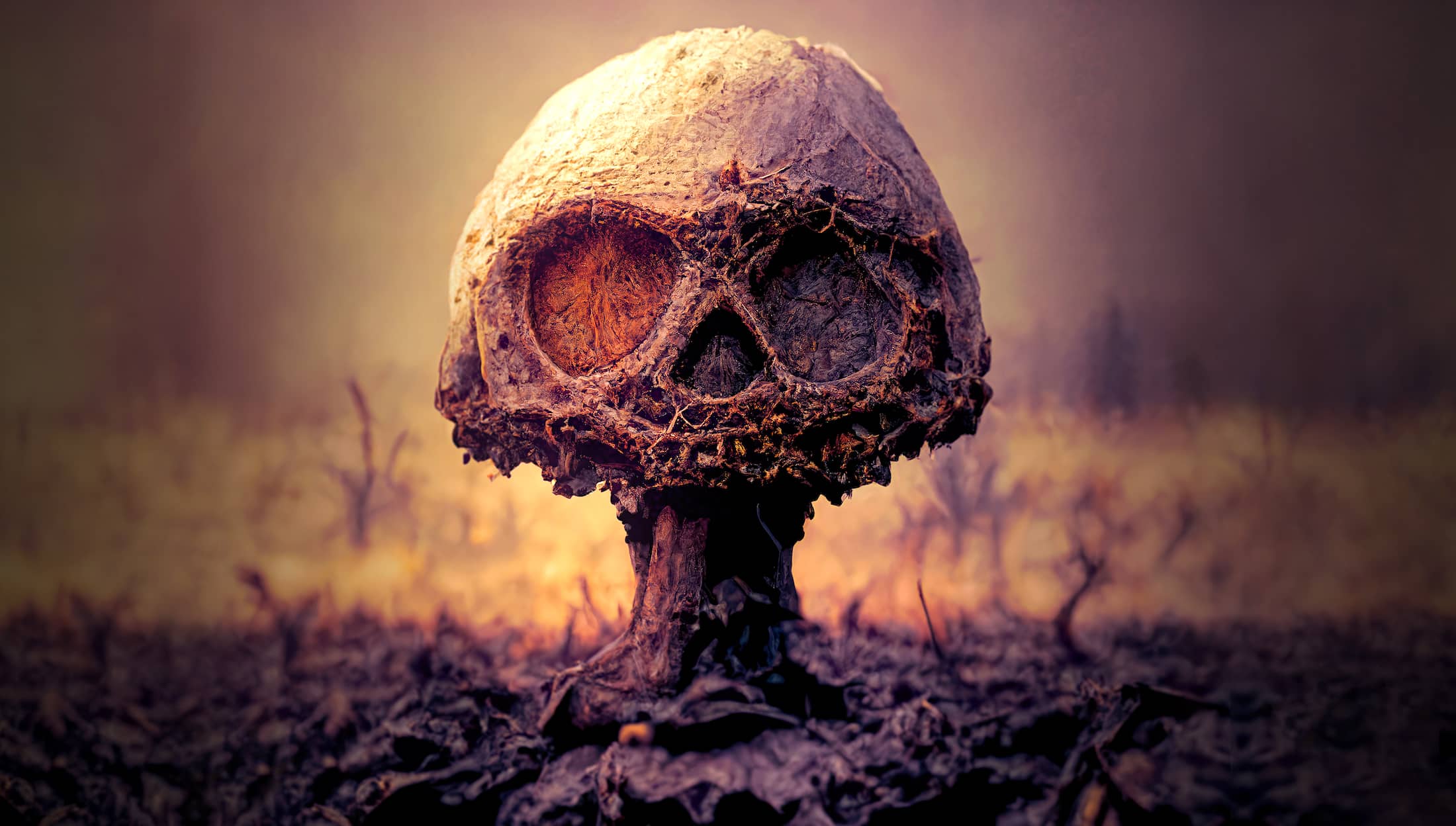 While the COVID-19 pandemic isn’t over and a monkeypox outbreak is spreading around the world, worrying leaders in affected countries, epidemiologists fear another threat, microscopic fungi. The latter could cause a new pandemic far more terrifying than those caused by viruses, given the little knowledge we have of them and their ability to adapt to our weak therapeutic measures. Despite their long-standing presence at our side, scientists believe they currently pose a real public health challenge in the face of severe selective pressures, climate change and an ever-growing human population.

Only 120,000 of the approximately five million fungal species have been identified – of these, only a few hundred are known to harm humans. But environmental and climatic changes, as well as the excessive use of fungicides in agriculture, have contributed to the creation of infectious “super agents” capable of escaping our limited therapeutic arsenal.

According to GAFFI (Global Fund for Action Against Fungal Infections), fungal diseases cause about 1.6 million deaths a year in recent years and more than a billion people suffer from severe fungal diseases. Tom Chiller, a medical epidemiologist at the US Centers for Disease Control and Prevention (CDC) says so National Geographic : ” What continually worries us in the mushroom world is the potential of mushrooms to cause human disease. There are many things we don’t even understand “.

In fact, microscopic fungi can cause serious disorders and infections, in particular aspergillosis, which has been on the rise for several years, and which raises new questions for the scientific community. In particular Aspergillus fumigatus, which thrives on house dust and decaying plant matter. It can cause complications in people with breathing problems or a weakened immune system. Inhaling the spores can lead to lung and bronchial infections, which in some cases can be fatal.

Although infections caused by bacteria are the most common and known, the aging of the population and the increase in the number of immunocompromised people, due to disease and treatment, have created an unprecedented window of opportunity for microscopic fungi. Therefore, antifungals today represent a greater expense than antibiotics, and antifungal strategies should, in the years to come, be placed at the center of many public health strategies. But why be afraid of mushrooms?

Too rapid evolution and too weak therapeutic arsenal

Although the mutation rate in fungi is generally lower than that of bacteria or viruses, they can evolve at an extremely rapid rate, causing infections that are increasingly difficult to treat with antifungals. Amelia Barber, a microbiologist at the Hans Knöll Institute in Germany, published in 2020 a study on a case of infection in which the fungus Hairless candida it had two particular mutations that allowed it to adapt extremely well, and quickly, to new environments and to become much more virulent.

This virulence is what makes invasive fungal infections so dangerous, as opposed to superficial varieties like thrush. Such mutated and aggressive fungi excrete tissue-destroying toxins, which they can then feed on, in much the same way they break down organic matter as part of an ecosystem’s nutrient cycle. They enter a cycle of self-sufficiency, creating the nutrients they need to thrive.

Unfortunately, current therapeutic strategies are not very effective. Defenseless against this infection, the body can trigger an extreme immune system reaction which is sepsis. It is a life-threatening organ dysfunction resulting from the body’s dysregulated response to infections, the most severe form of which is septic shock. This exacerbated body response acutely affects the functioning of vital organs and can lead to long-term functional sequelae. Resistance only makes matters worse: the death rate is 25% higher when an antifungal resistant pathogen is involved.

Extinction of the species due to fungi, which leads to disproportionate antifungal measures

In addition to this direct impact on human health, fungal diseases can also damage plants and crops, causing significant losses in agricultural activities and food production.

Animal pathogenic fungi threaten the extinction of bats, amphibians and reptiles. Not to mention the forests in Europe and North America that have been decimated by Dutch elm disease, a fungus spread by beetles, according to the National Geographic. By saturating the vascular system of trees, the infection deprives them of water until they wither and die. And by wanting to save these crops, we have triggered a resistance phenomenon in fungi.

In fact, in the face of these infections, the disproportionate use of fungicides, especially azoles, has quadrupled over the past 10 years, says Marin Brewer, a phytopathologist at the University of Georgia, in National Geographic. Agricultural fungicides often employ similar strategies to their pharmaceutical analogues, when fungi become immune to one they also develop resistance to the others. Brewer and his colleague Michelle Momany recently demonstrated this by testing samples ofAspergillus fumigatus of patients who had never received antifungal treatment. They discovered resistant strains, previously known only in the agricultural world.

In the Netherlands, this resistance reaches up to 20% of cases in some hospitals and the therapeutic strategy has been modified to systematically identify strains before starting treatment or using amphotericin B as a first-line treatment. In France, this figure has never exceeded 2% and does not question the primary use of voriconazole or its prophylactic use in some immunocompromised patients or whose aspergillosis is chronic.

It should be noted that fungicides, such as azoles, bind to an enzyme involved in the assembly of ergosterol, a molecule related to cholesterol in humans and an important component of the fungal cell membrane. Without it, the membrane leaks and disintegrates, killing the infectious agent. Specifically, the fungi counteract the current fungicides in two stages. First, they change the shape of the target enzyme so that the drug no longer recognizes it. They then increase the production of the enzyme to ensure that enough ergosterol is produced to keep the fungal cells intact.

There are currently only three fungicides and a few similar fungi candida auris they are resistant to all three, threatening the whole world.

The mushroom candida auris, resistant to antifungals, has been spreading in hospitals around the world for a decade. If left unchecked, it could cause more deaths than cancer. According to the CDC, nearly half of the patients who have contracted a yeast infection so far candida auris died within 90 days.

candida auris it was originally discovered in Japan in 2009, in the ear of a 70-year-old woman. It seemed harmless then. Then, since 2012, it materialized almost simultaneously on three continents, emerging as a direct consequence of climate change. Hence, it was gradually observed independently in different places around the world. The US Centers for Disease Control and Prevention (CDC) has added it to the list of germs that pose an “urgent threat” to health. This fungus has acquired the ability to withstand high temperatures, adapting to the excessive use of fungicides in agriculture. The mechanism of this heat adaptation is currently unknown and is the subject of ongoing studies.

In the face of these threats, strengthened and systematic monitoring of fungal infections would help control the transmission of these infections. In addition, significant progress has been made in the development of fungal vaccines for human use. In animal studies, protection against all major medically important mycoses was achieved using vaccines consisting of attenuated and killed live fungi, crude extracts, recombinant subunit formulations and nucleic acid-based vaccines.

Three vaccines have been tested on humans, demonstrating the feasibility of conducting clinical trials targeting at-risk populations. While many scientific and logistical obstacles remain, there is reason to be optimistic about the availability of clinically approved fungal vaccines.

Don’t confuse everything, but respect nature and live together

Finally, fungi have been present all around us for thousands of years – in water, on trees, in the ground, in the air – on us and within our bodies. They are often described as the “fifth kingdom of life on Earth”; they are neither plants nor animals, nor microbes nor protozoa. Their spores can survive extreme temperatures, radiation and even outer space.

It is not possible to eradicate mushrooms, if it were possible! They are of considerable importance in the medical sector. Penicillin, for example, was developed from a fungus. Some elements of mushrooms are essential nutrients that can prevent cancer.

In addition to bacteria, fungi are important as decomposers in the soil food web. Their threads – or hyphae – also physically bind soil particles, which helps water penetrate the soil and increases the soil’s ability to hold it.

Last point: mushrooms could help fight pollution. Some species, such as the oyster mushroom, produce enzymes that digest petroleum hydrocarbons. Some can absorb heavy metals such as mercury and even digest polyurethane plastics.

As Momany concludes National Geographicthe rapid acquisition of azole resistance in Aspergillus in the Netherlands serves as a warning: ” Aspergillus isn’t even a plant pathogen, it’s just ubiquitous in the soil. But because it was in the environment when crops and flowers were sprayed with azole, the pathogen quickly developed resistance to it. “.

Learning to live with the biodiversity of our planet is becoming a more than vital and crucial issue in the face of the acceleration of climate change, making the threat of new pandemics weigh even more.