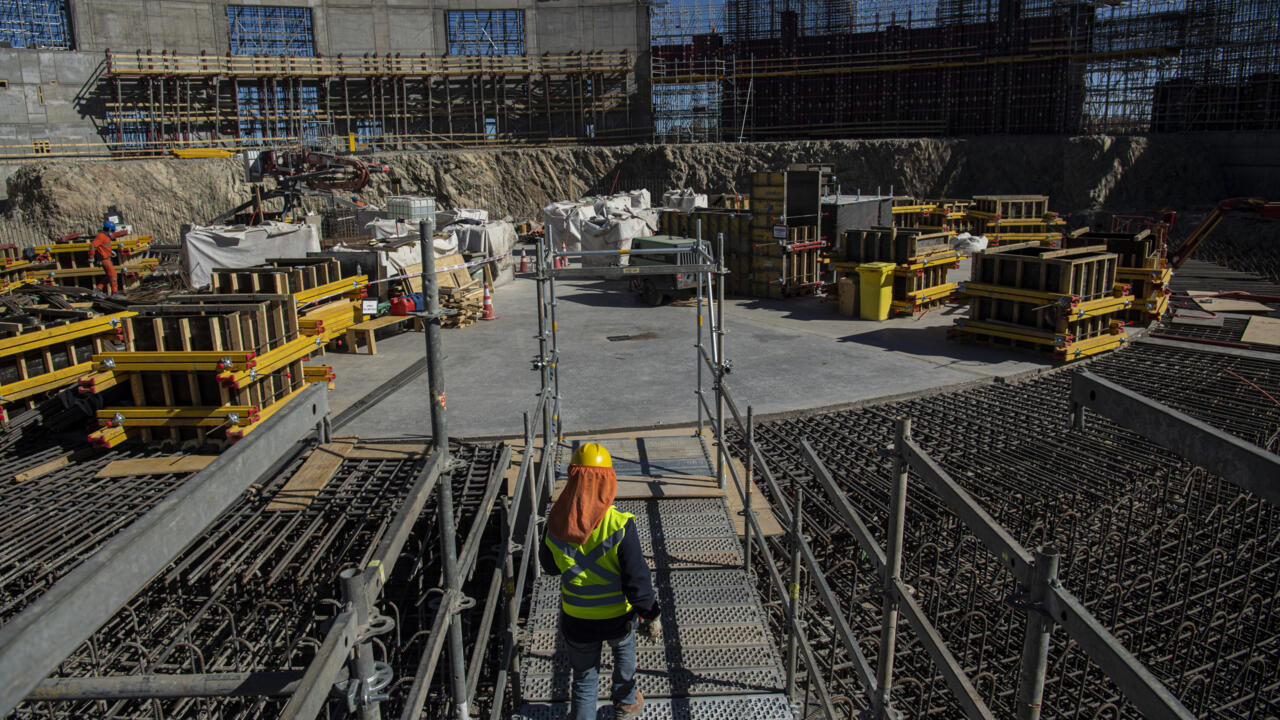 Cerro Armazones (Chile) (AFP) – The Extremely Large Telescope (ELT), the most powerful optical instrument ever built that will greatly increase astronomers’ observing capacity, is slowly emerging from the ground in northern Chile, one of the best places to gaze at the stars.

This new “eye on the sky”, which will be added from 2027 to the powerful observation instruments already in service in the Atacama desert, will make it possible to multiply the current observation capacity by 5,000, and to focus on aspects hitherto unknown places in which answer still open questions about the origins of the Universe.

“There are some scientific questions we would like to answer and these questions lead to the need for a technology to help us answer,” Chilean astronomer Luis Chavarria, of the Southern European Observatory (ESO), told AFP. the construction of the ELT.

Current observation tools, such as the Very Large Telescope (VLT) – the most powerful instrument currently in operation – and ALMA, the largest radio telescope in the world, both located in northern Chile, are capable of answering the questions scientists they arose three decades ago.

But the limits of knowledge have been pushed back, forcing the construction of even more efficient tools, such as the ELT, which will be installed at an altitude of more than 3,000 meters on the hill of Armazones, about twenty kilometers from the VLT. , owned by ESO in the middle of the desert.

The ELT, whose construction began in 2017, will consist of a primary mirror measuring 39 meters in diameter, made up of 798 hexagonal mirrors. It will be housed in a huge hemispherical dome 85 meters in diameter that will culminate 74 meters above the ground. Two rounded doors will open laterally to allow for nocturnal observations.

“It is a huge technological feat to be able to have the levels of precision necessary to be able to use these telescopes to the fullest (…), something that pushes back the barriers of technology,” enthuses Luis Chavarria.

The construction cost of the huge 2,800-ton set is estimated at 1.3 billion euros.

The phase of the “great civil engineering works” is currently completed at 40%, with the construction of the boundary wall that supports the dome that will support the mirror panel.

“The ELT is the evolution of the VLT (…) Obviously it is a completely different scale from everything that has been done before, so it has very different (technological) requirements”, hence the time required for the work, Guido Veccia, site manager, told AFP.

Current optical telescopes, with a diameter of 8 to 10 meters, have allowed scientists above all to discover exoplanets, these planets in orbit around other stars where the search for traces of life is concentrated.

But to deepen their knowledge, more precise observation instruments are needed, and therefore larger, able to collect a greater quantity of light.

With its 39-meter diameter, the ELT “will collect 15 times more light than optical telescopes in operation today and deliver images 15 times sharper than those of the Hubble Space Telescope,” according to ESO, the Intergovernmental Organization for the astronomy in Europe, funded annually in the amount of 198 million euros by 16 European member countries.

“This is a blueprint for the future that will allow us to reach further distances in the Universe,” says Susy Solis, geologist and technical assistant for the construction of the ELT.

The climatic characteristics of the Atacama Desert and its arid climate, which allow a very high percentage (90%) of the nights of the year to be observed with a perfectly clear sky, make it a particularly favorable place for astronomical observations.

One of its ultimate goals will be, according to ESO, to have images “of rocky exoplanets to characterize their atmospheres and directly measure the acceleration of the expansion of the Universe”.