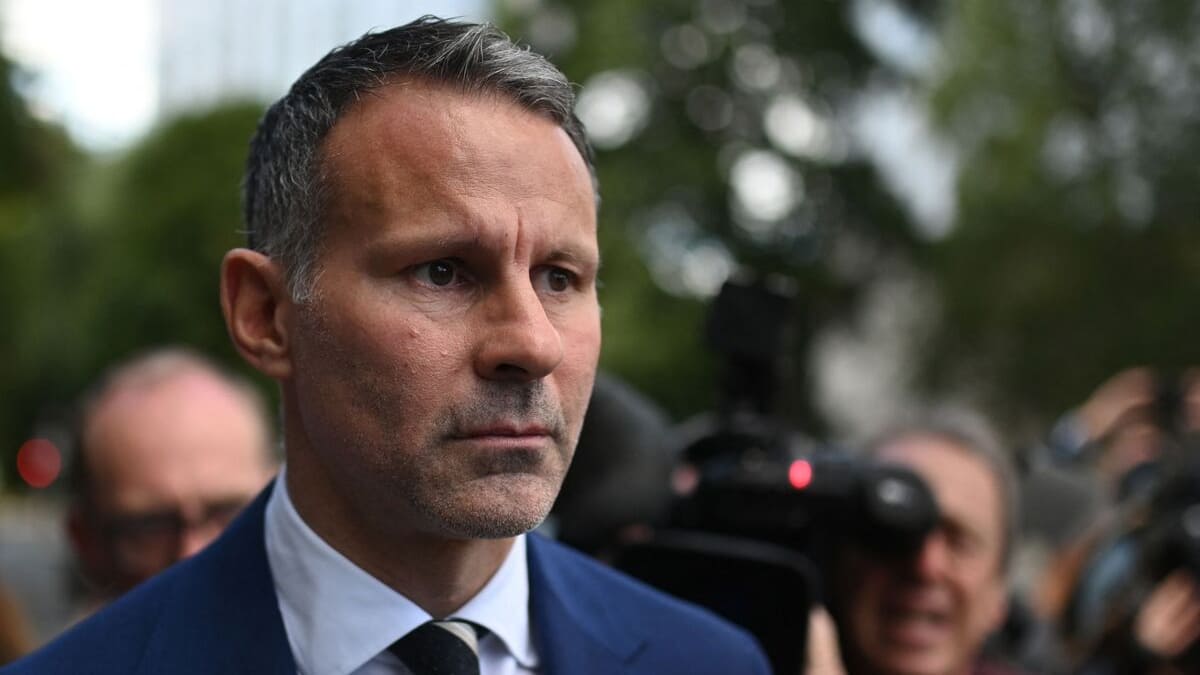 Drama at the Ryan Giggs domestic violence trial: the jury failed to agree on the guilt of the former Manchester United star, paving the way for a possible retrial against the footballer.

• Read also: Accused of violence, Giggs talks about an involuntary confrontation with his ex-girlfriend

• Read also: “He walked up to me and headbutted me in the face”

After three weeks of hearings in Manchester (in the north of England) and 23 hours of deliberations over several days, Judge Hilary Manley sent home the jurors who had to decide on the charges against the 48-year-old former player in this affair that has prompted him to step down from his post as Wales manager.

He is accused of assaulting his ex-girlfriend Kate Greville and her sister, as well as of influential behavior.

The various parties will now have to discuss whether or not to call a possible retrial which, if necessary, will not take place before June 2023 given the backlog in the British courts. The hearing is set for September 7 to discuss it.

Giggs had pleaded not guilty to the charges, which date back to a heated argument on November 1, 2020, when police were called to his home. The man who won two Champions Leagues with Manchester United was then arrested and released.

According to the indictment, Ryan Giggs later violently assaulted Kate Greville and her sister Emma, ​​injuring her partner in the elbow and lips.

During the trial he presented the player as responsible for “a multitude of physical and psychological violence against a woman he claims to love”.

“The defendant’s behavior has become increasingly oppressive,” said prosecutor Peter Wright, calling the relationship between him and Kate Greville “toxic and harmful.”

In tears at the hearing, the latter described her partner’s “aggressive” behavior. The 36-year-old public relations executive, who had met Mr. Giggs through work, said she was “madly in love with him,” but “there were clearly warning signs” from the start.

Kate Greville had detailed her suspicions about Mr. Giggs’ infidelity, saying he was aggressively denying it, blocking her number and ignoring her, before begging her to come back. She recounted an argument at a hotel early in their relationship in 2017, claiming that the player had “literally gone mad” and dragged her naked down the hall, where she dumped the contents of her suitcase.

The accused had assured that he had never committed violence against women, evoking an involuntary shock with his ex-girlfriend as they fought for control of a cell phone: “we completely lost our balance because we slipped on shopping bags”.

He admitted that he was unfaithful, replying “no” when his lawyer asked him if he “managed to remain faithful” to his subsequent companions, including his ex-wife and Mrs. Greville then if he could “resist” if ” an attractive woman shows interest ”.

During the trial, he received the support of former Manchester United star manager Alex Ferguson who considered him an “example” who had never lost his temper or exhibited violent behavior during his time at the club.

The midfielder began his coaching career at Old Trafford, assuming the post of temporary manager at the end of the 2013/14 season after David Moyes’ sacking, before working as Louis van Gaal’s assistant for two years.

In January 2018 he was appointed manager of the Welsh team, which last year led to the round of 16 of the Euro.

He resigned in June, saying he didn’t want the case to disrupt the team’s preparation for the 2022 World Cup in Qatar, the Welsh eleven’s fourth participation in a major competition since the 1958 World Cup.