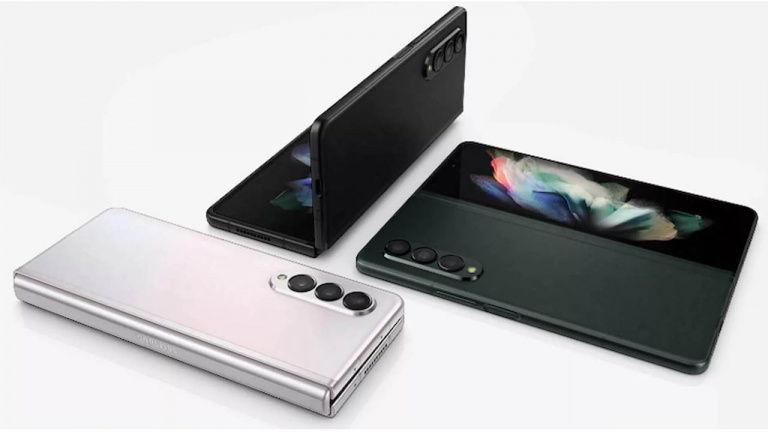 It’s not really a secret: Samsung is preparing a new generation of folding smartphones, namely the Galaxy Z Fold 4 and the Galaxy Z Flip 4. Unlike the “classic” smartphones, there is still a lot of room for improvement on this format and new ones clues suggest that the Fold 4 will be much more successful on a few essential points.

We are already arriving at the 4th version of the Galaxy Z Fold, this folding smartphone capable of going from 6.2 inches to 7.6 inches, in a totally different format: closed, it is a “classic” smartphone and rather elongated, open, it is a small tablet. A proposal that is aimed at an ever-growing audience, especially as the products improve from year to year.

As for the Galaxy Z Fold 4, Samsung should improve an essential aspect, specific to this format: the presence of a fold that is clearly visible when the smartphone is open, which can interfere with use and especially when viewing content. But that could change with the 4th generation.

The Phone Arena site and the Ice Universe leaker have in fact published a photo of what should be the new “fold” of the Galaxy Z Fold 4 and a direct comparison with that of the Z Fold 3. In the image, the difference is rather surprising: even though it is still visible, the line in the center of the Fold 4 screen looks much more discreet. Also according to Phone Arena, the improvement in the fold would be around 20%, which doesn’t seem like much compared to the image published by Ice Universe. In use, having a less visible crease will be beneficial for video and video games, and the black backgrounds will make everything almost invisible.

The features of the future Galaxy Z Fold 4 begin to make themselves known: Samsung’s next high-end folding smartphone should be announced during the month of August during an “Unpacked” conference, to coincide with the Galaxy Z Flip 4. There are good likelihood that there will be a Snapdragon 8 Gen 1 chip, currently Qualcomm’s most powerful. The photographic part should also be improved, with in particular a new x3 optical zoom, a 50 megapixel main sensor and a 12 megapixel ultra wide angle.

The Korean manufacturer therefore focuses heavily on this new launch of Fold / Flip, with commercial ambitions revised upwards: according to various sources, Samsung would have a sales target of 10 million units. Recall that the Fold 3 sold 4.6 million units in 2021, while the Flip reached 2.5 million units.

More than ever, Samsung wants to seduce a large audience with its foldable smartphones, a market in which it is largely the leader.

Visit the Samsung Store on Amazon