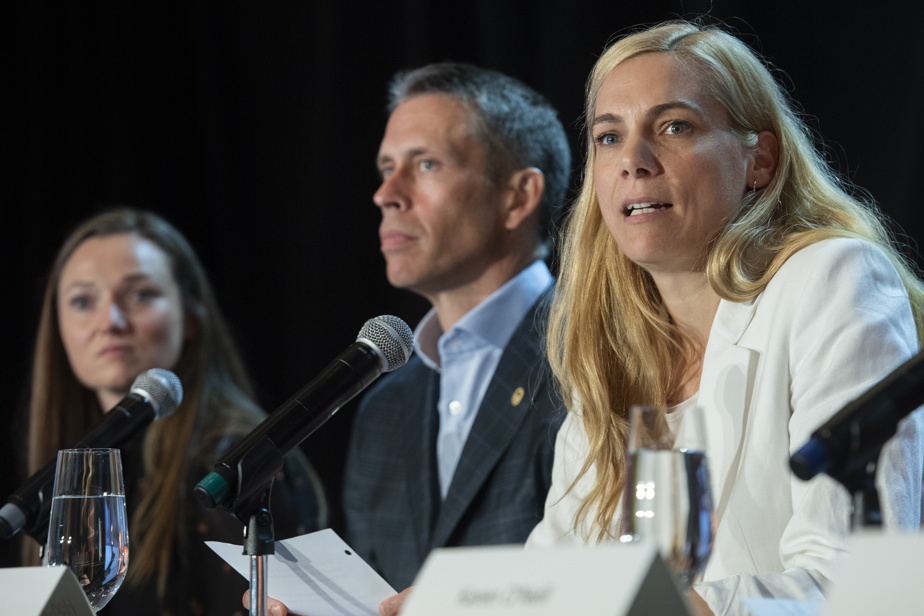 To protect Canadian athletes from abuse, the federal government will tighten its criteria for funding sports organizations.

“Over the past few days, months, weeks, there have been many allegations of mistreatment and abuse making headlines week after week. These are things that are hard to read, but they must mobilize us collectively to find solutions, “Pascale St-Onge, Minister of Sports and Minister in charge of Canada’s Economic Development Agency for the Quebec Regions, immediately told a press conference. on Sunday morning.

Sports organizations will now need to make sure they meet safety standards if they want federal funding. In particular, they will have to join the Office of the Commissioner for Sporting Integrity.

The Office will work independently to receive reports of alleged violations. When necessary, it will initiate independent investigations and recommend sanctions against those found guilty of a violation.

“This review is essential. It will allow us to strengthen the ability to carry out follow-up and controls, in order to guarantee compliance with the standards with the organizations “, indicated Ms.myself Sant’Onge.

Sport Canada will also establish a committee made up of athletes in order to increase their representation in the sports system. This committee will enable organizations to obtain advice and better understand the reality of Canadian athletes.

“We have all seen the numerous complaints made by athletes in recent months. I would like to salute their courage once again. It is the strength of their intervention that highlights unacceptable situations that force us all […] be better and do better. I am convinced that these exits were fundamental to break the culture of silence ”, said the minister.

In early March, a letter signed by more than 60 athletes was sent to the board of directors of Bobsleigh Canada Skeleton (BCS), supporting issues of culture, safety, transparency and governance.

In late March, a group of more than 70 Canadian gymnasts released an open letter asking the government for an independent investigation into the “toxic culture and abusive practices that persist in the world of gymnastics in Canada.”

In May, Daniel Trépanier, Boxing Canada’s director of high performance, was openly accused by more than 100 signatories of “cultivating a toxic culture” within the national program.

In the spring of 2018, eight young hockey players allegedly sexually assaulted a young woman in a hotel room. The gang rape allegedly took place hours after a gala hosted by Hockey Canada. On April 20, the young woman filed a lawsuit against the eight players, the league itself and Hockey Canada. The lawsuit alleged that Hockey Canada “ignored or did not reasonably address the abuse.” At the end of May, a confidential out-of-court settlement was reached between Hockey Canada and the alleged victim.

In my opinionmyself St-Onge, coaches, staff and organizations must “ensure healthy environments free from abuse and mistreatment”.

With Nicholas Richard, The printThe Canadian Press and Agence France-Presse