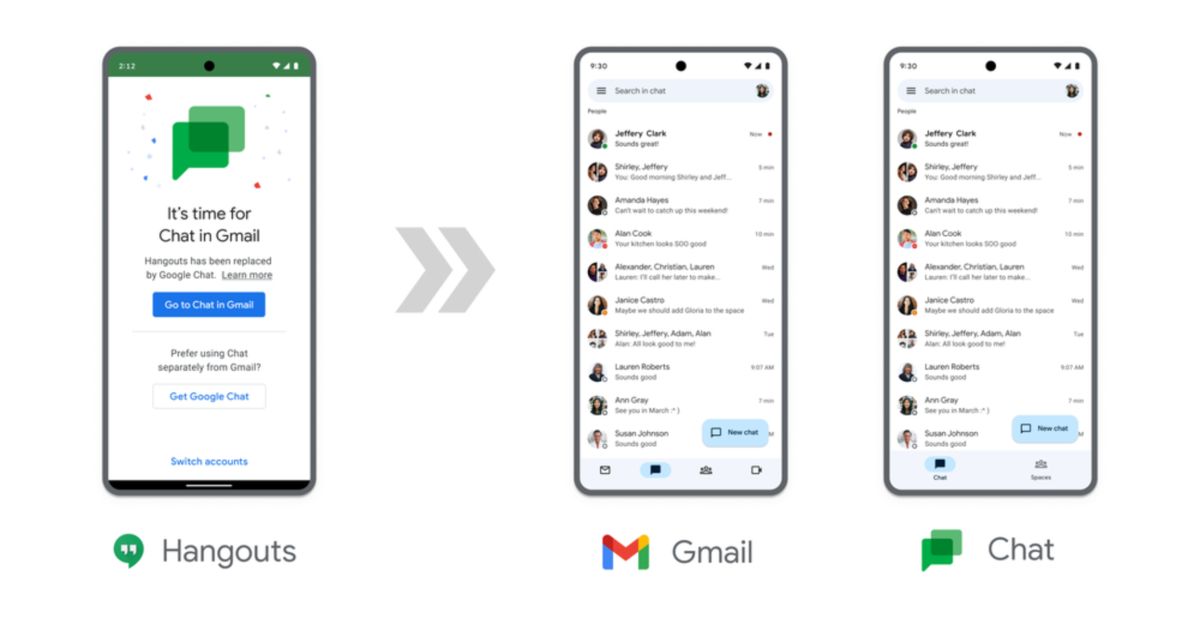 Hangouts will join the Google product graveyard next November. The instant messaging application will be replaced by Google Chat. Another twist in the turbulent history of Google’s chat apps.

If you’re still using Google Hangouts, be prepared to migrate to another service. Google’s chat application will retire next November, Google announced in a July 27 blog post. The web giant advises all users to switch now to Google Chat, the latest of the (countless) messaging services done on google.

Already disabled for owners of Google Workspace (Google’s suite of tools for professionals), Hangouts will be disconnected for individuals next November. Those who use the app on a mobile device will start seeing a message asking them to switch to Google Chat; for Hangouts on the web, alert notifications will appear starting in July. Conversations on Hangouts should automatically migrate to Chat, Google says. As for users who want to take their data and go elsewhere, the company specifies that it is always possible to export their conversations using the Takeout tool.

If you are confused by this forced migration, Google has created a help page that details how to make the transition from one service to another. To encourage internet users to change, Google also announced the arrival of new features on its service and claimed to have “great ambitions for the future of Chat“.

Launched in 2013, Google Hangouts was supposed to be Google’s all-in-one solution for your web chats. Integrated with Google, Android, and even the defunct Google+, the service wanted to offer a single interface for all of your chats.

Unfortunately, as Google knows, the service has been challenged by other products such as Google Meet, Google Allo and, therefore, Google Chat. Hangouts was then gradually abandoned to make way for another instant messaging application with an interchangeable name. For those interested, Ars Technica has compiled a complete history of the many messaging services launched by Google.

Hangouts will soon join the Google services graveyard, which currently has 267 applications and services.