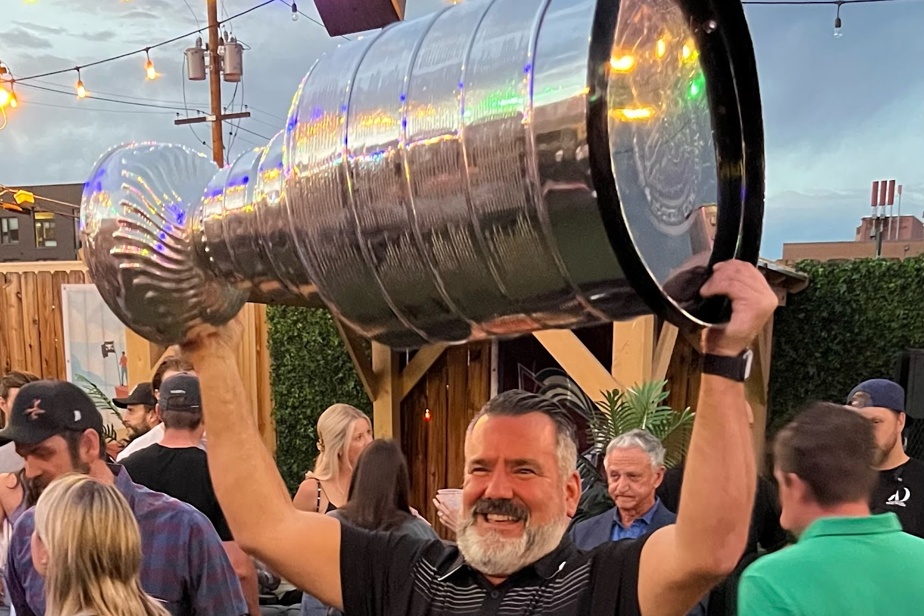 Jérôme Mésonéro grew up in Lévis. As a teenager, a young adult, he went to see the Nordics play at the Coliseum in Quebec. Today, 27 years after the team’s departure, his boss is called Joe Sakic and counts Alexei Gusarov and Curtis Leschychyn among his work colleagues.

You can hear the nostalgia in the voice of the man who has been an amateur scout for the Colorado Avalanche since 2014. He was there for the Nordiques’ last game at the Coliseum, a 4-2 win over the New York Rangers to fend off the elimination, at the first round in 1995.

“I find it funny, because I always tell Joe, Curtis and Goose that [Gusarov] that I saw their first game in Quebec, and the last, against Rangers. Nordiques is my childhood team, says Mésonéro, online, in Denver.

“My sense of belonging to the organization goes deeper than my job. I always make the connection with the Nordics. And Joe understands that, he respects him. ”

That’s why winning the Stanley Cup by the Avalanche is so special for Mésonéro. He did not work for the organization during the first two conquests. In 2001, the last time Avalanche won, he was a scout for the Chicoutimi Saguenéens.

Here he is now with the same position, for an NHL team, and not just any team. Gusarov, a former defender of the North, is an amateur recruiter in Russia. Leschychyn, another defender enlisted in 1988 by the Nordics, is a professional scout.

Gusarov was not there, but several Scouts gathered at a Denver hotel to watch the sixth game on Sunday. The next day, they were invited to a party and were able to lift the Stanley Cup out of the spotlight.

“The ancient Nordics add to the magic,” continues Mésonéro. It was magical. We felt… ”he struggles to find words.

“We always work in the shadows. It was an incredible feeling. It is rare that we are this close to the players! “

Due to the upheaval of the COVID-19 pandemic, the Memorial Cup and Stanley Cup Final are being played simultaneously this year. Normally, the great bulk of Canadian youth hockey is held at the end of May, during the NHL conference finals. A nice dilemma for a recruiter whose job is mainly to follow the QMJHL …

But he was reminded, his team having a chance to win the Stanley Cup, “it happens once in a lifetime”.

“I was supposed to go to the Memorial Cup, but Avalanche invited the scouts to come and see the Stanley Cup final. Basically, the team told us to arrive when we wanted. So I told myself I would only go when we had a chance to win the Cup. ”

Avalanche won their first two games of the series in Denver. Our man then took a plane ticket for the fourth game, canceled when the Lightning won the third game 2-1. Eventually he traveled to Denver to watch Game 5 with his colleagues.

We understand that he ultimately sacrificed the Memorial Cup. “Our evaluations are done, that part of the job is done,” he explains. If I had gone to the Memorial Cup, I would have been there physically, but not mentally. ”

Three former QMJHL players are part of the Avalanche championship edition. They are Nathan MacKinnon, Samuel Girard and Nicolas Aubé-Kubel.

Of the lot, only MacKinnon was enlisted by the organization. But amateur scout reports come in handy when it comes to tracking down other players, especially when they’re still young. Girard, for example, finished his junior internship in spring 2017, and the Avalanche acquired the Nashville Predators seven months later in November.

Note that a potential QMJHL client, Justin Barron, was used as a bargaining chip for the acquisition of Artturi Lehkonen. Some recruiters may have a pinch to see a hope leaving in which they invested days of work, miles of road, to follow them.

But Mésonéro was general manager of Victoriaville Tigres before being hired by Avalanche. He can then put himself in a CEO’s shoes and see the big picture.

“In my old life, I traded players! remember. I understand that I cannot attack myself. Putting a team together is a headache. The exchange came at the right time. And the fun, because you see the tangible result of your work. ”

A Stanley Cup is quite tangible, really.