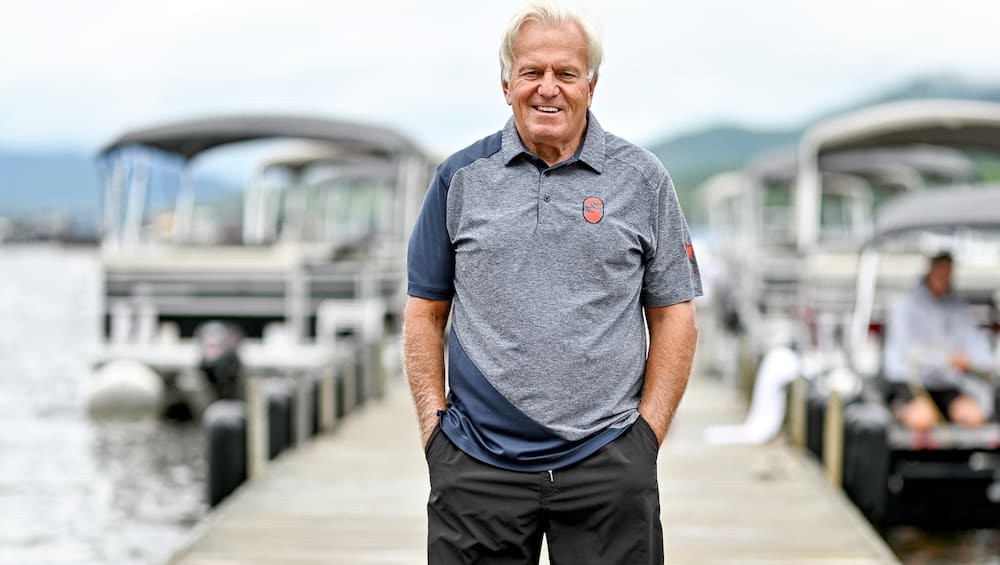 Pierre Plouffe is part of the folklore of the Century Series. However, he never put on skates.

There is no need to look for Plouffe among the forwards who were the attacking force of the Canadian team. Nor among the defenders or guardians who formed the wall. He was also not on the list of substitutes.

His passion was rather water skiing, a passion that still drives him today, at the age of 73. He even reached the heights of this discipline by representing the country at the 1972 Olympic Games. A year earlier, he won the World Cup in Tahiti.

He also became the national team coach until 1989 and still manages the nautical center that bears his name in Lac Tremblant.

Despite his athletic feats, however, nothing has turned Pierre Plouffe on as much as hockey. A hardened maniac and friend to several players who made the Canadiens famous in the 1970s, it was unthinkable for him not to go and encourage Team Canada when he traveled to Moscow for the last four games of the series. 1972.

“I have always followed hockey closely. My parents were looking for tickets for this series and as I knew several players they asked me to get some. I told my parents that if I took them tickets, they would buy me one in exchange, “says the eternal bon vivant.

This is how Plouffe, along with 3,000 other fervent Canadian supporters, found themselves in Russia at the center of the big event.

Armed with his trumpet, it did not take him long to discover a completely different reality from that of home when he proudly began to play the role of the wolf in the fold.

“I saw pretty quickly that he was getting agitated. I had my Canadian flag tied to a hockey stick and started playing the trumpet in my hotel room. I was playing O Canada on the trumpet while opening the window and the Russians didn’t like it. Let’s say I had some cocktails in my nose. I didn’t know, but I was later told that the trumpet sound meant revolution in this country, ”explains Plouffe.

Joyful by nature, the latter did not intend to respect the customs of the country.

“The people of Moscow were very taciturn. There was no good humor in their faces. Someone who came there to celebrate was badly received. It was still the Iron Curtain. The only time a large group of people had slept there before us was a German night for an East German football match. There 3,000 Canadians landed there for a while and were taken by surprise. They were on guard, “he says.

From the arena to the prison

Despite the prevailing austerity, Pierre Plouffe persisted. During the games, on the bleachers, when he played his trumpet, he was able to quickly hide the instrument without too much difficulty. Rather, it was in the post-game celebration that events escalated. After the victory of the Canadians in the second match in Moscow, the atmosphere quickly turned into a party.

Plouffe, despite the strict ban on leaving his hotel, wanted to join the players, to drink in their company.

“With a few tips for taxi drivers like rubber or nylon socks, everything worked out. You have to remember how these people have been kept in total ignorance, ”she recalls.

After a few drinks, the spirit of distrust manifested itself.

“Pete Mahovlich wanted me to bring him a scotch and the woman at the bar told me it was closed. I got stubborn and slapped an empty champagne bottle that knocked a few glasses out. A boy twice my size picked me up like a piece of paper. I started trying to push it and it didn’t work very well. They took me to jail. I still remember how in the interrogation room I understood absolutely nothing!

If he laughs today, Plouffe got in trouble at that moment. To the point that local authorities sentenced him to five years in Siberia.

“They wanted to set an example for Canadians. They were tired of our festive mood and the noise we were making, “says the man who ultimately spent three days behind bars, until the Canadian embassy managed to get him released. After watching the third match on land Soviet on TV, Plouffe managed to find his place in the arena for the last game of the series … with a strict ban on demonstrations!

“Except for Paul Henderson’s winning goal, I got up and they sat me down pretty fast. They took me back to prison and I found it a little less comical there. It would be a lie to say I didn’t cry. It was my mother who called the embassy. The intervention of the players then helped me to get out.

“I later learned that the Russians had even investigated whether it was true that I was an international athlete who had represented my country. A few hours later they came to pick me up and told me not to leave the hotel. They weren’t leaving when I jumped into a taxi to go celebrate with the players ”, she laughs the indomitable drille.

Five decades later, Pierre Plouffe does not run away. Now he has acquired the wisdom that allows him to recognize his faults in him.

“I have been lucky in life to participate in the world championships and the Olympic Games. I have participated in several sporting events, including some Super Bowl. There is nothing that matches what I experienced in Russia. My adventures have made the journey more complex than I would have liked, but I have learned. I never held it against the Russians for what happened to me. It was I who broke the rules of their country ”, she concludes.

In this series of the century, Plouffe hasn’t scored, but his tremendous support for the Canadian side certainly earned him an assist. 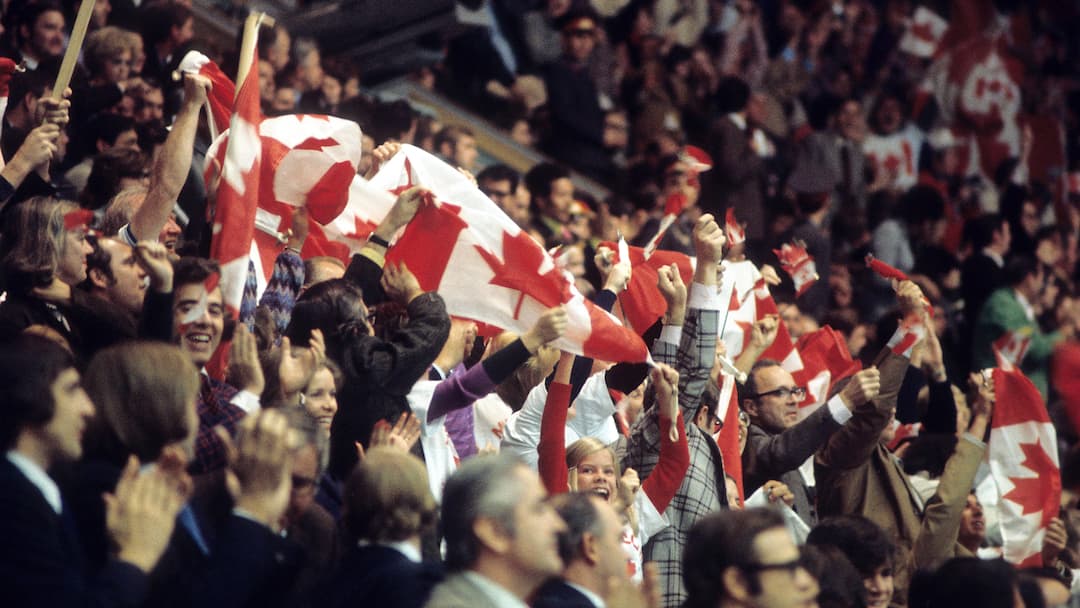 After a bitter defeat in Vancouver in the fourth game of the century series, the Canadian team’s players feared they had lost the support of their compatriots. When 3,000 supporters from the country joined them to support them in Moscow, doubts were quickly dispelled.

From the start of the first game in enemy territory, Canadian spectators proudly sang the national anthem for about fifteen minutes without leaving the stage.

Armed with that support, the Canadians built a 3-0 and 4-1 lead before collapsing. Despite everything, the fans repeated their support at the end of the game, shouting the Oh Canada when the team left the ice, trailing 3-1-1 in the series.

“The players felt supported and no one had the right to be lazy there,” exclaims Pierre Plouffe, looking back on events.

This sign of love, even if the hope of winning the series seemed minimal at the time, galvanized the players and then helped them to sign three consecutive triumphs. 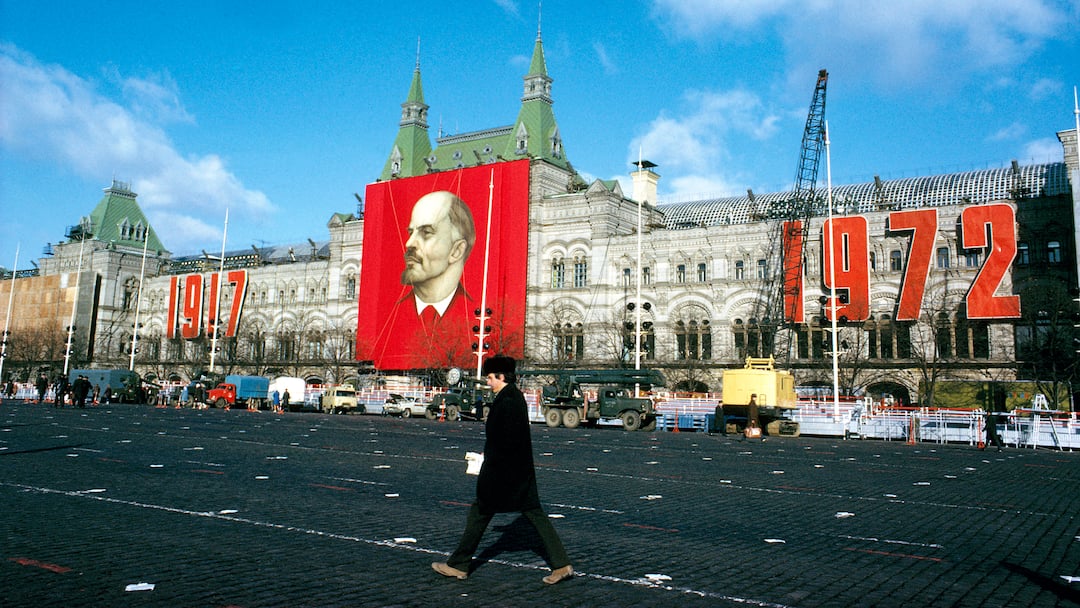 “It was depressing to be in Moscow in 1972,” recalls Phil Esposito.

“Nobody could go out anywhere, we couldn’t see anyone or go to a restaurant. What really helped us was the amount of Canadian fans who came to support us there. The stand was so loud. We have also received countless telegrams and posted them in the corridors leading to the changing room. The walls were covered. It was comforting, “she continued.

Not to mention the fact that all of Canada was at the same time nailed to the television to spy on the team’s prowess.

“In Russia, you couldn’t realize that everyone in the country was watching, that young people were skipping school and people were quitting their jobs. When we got home, we got it. It’s amazing if you think about it, ”smiles Yvan Cournoyer.