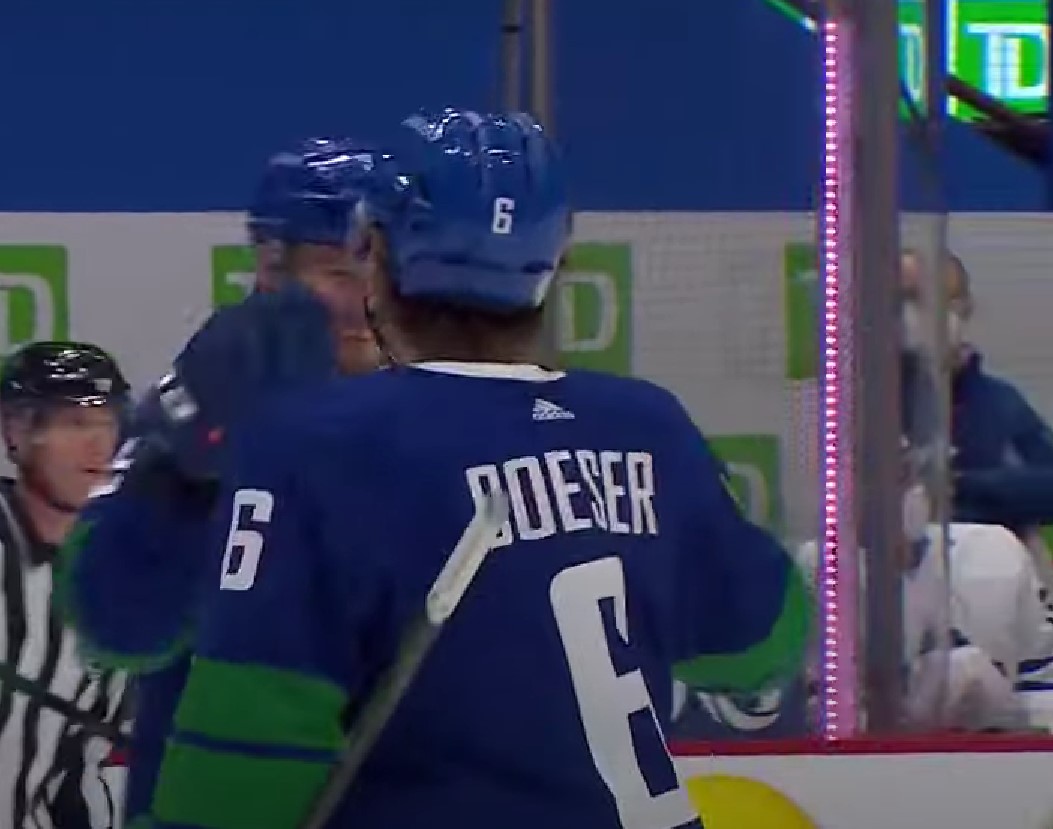 After acquiring Oliver Ekman-Larsson and Conor Garland from the Coyotes early last season, the Canucks were planning to get serious in 2021-22. They wanted to make the playoffs and maybe go a long way in the playoffs.

However, the start of the season was difficult, Travis Green lost his dressing room and was replaced by Bruce Boudreau. Although the latter did relatively well upon his arrival in British Columbia, it was (already) too late.

While their first two forwards in JT Miller and Brock Boeser may be in their last moments with the team, the time has come for team GM Patrik Allvin to decide.

Will they be traded? The optimal solution for Vancouver is not to send them elsewhere, but if Allvin were to trade them, it would be for good young players and not draft picks.

Dreger on Insider Trading says it looks like it’s “open season” for the Canucks, not to be misunderstood as a sell-off, there is strong market interest for both Miller and Boeser and VAN is interested in listening, they’re not looking for choices, they need good young NHL players.

For the Canucks, it’s not about giving up and rebuilding. But if they have a good offer, they will move. It’s an “open season” in Vancouver.

The acquisition of Andrei Kuzmenko is a sign that new GM Patrik Allvin wants to win now.

Acquiring Miller or Boeser will be very expensive. Not only will the teams involved have to lose a good young star in the squad, but they won’t be able to improve in the short term either, because Vancouver doesn’t just want draft picks.

Cale Makar wins the Norris Trophy (excellent choice) – to say that Avalanche claimed it after being disappointed that they lost 3 places in the lottery – that’s a fair way to put it! #NHLDraft

– Darcy Kuemper should be in goal tonight.

As Stéphane Waite explains @LangloisMario, it would be a surprise if Pavel Francouz were the Colorado Avalanche goalkeeper in Game 4 of the finals. ➡ https://t.co/KSXXllAUGX pic.twitter.com/AcunE7dp4V

– Great victory for one of the two Quebec representatives.

My column on the Cataractes’ first match at the Memorial Cup tournament https://t.co/vI0cq1FO0t

Awards Host Kenan Thompson: “Nice to see the Leafs win something in June”.

– The second all-star team is better than the first …