Telegram has now reached 700 million monthly active users. The service simultaneously announces the launch of a premium version from € 5.49 per month. By signing up, users unlock double limits, 4GB file uploads, faster downloads, exclusive stickers, reactions, and better trade management, among other things. The maneuver did not fail to start the debate on alternatives to Telegram on the axes of security and user experience. Matrix and Signal mention filter related changes.

The launch of the premium paid version 5.49 euros per month will serve as a conduit for collecting user contribution efforts. Today we are launching Telegram Premium, a subscription that allows you to contribute to the ongoing development of Telegram and access additional exclusive features. This will allow us to offer all the resource-intensive features to users who have requested them over the years, while preserving free access to the most powerful messaging system on the planet, “says Telegram. 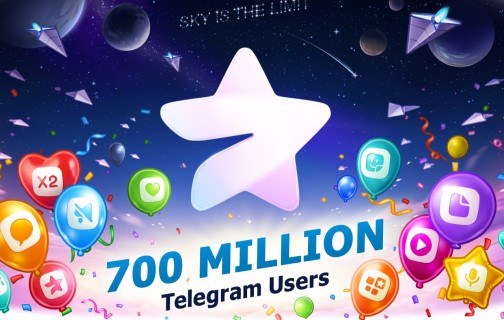 The maneuver triggers comparisons between Telegram and competing services such as Matrix and Signal. In self-hosted and federated networks there is Matrix, which you can interconnect with many suppliers and then choose a customer. Conversely, some internet users say they expect Telegram to become a federated network and an open source server.

The complaints against Telegram are likely to reinforce the service’s suspicions of collaborating with some governments. German investigative reporters released a report earlier this month claiming that Telegram had responded to a series of data requests from the German Federal Criminal Police relating to suspected terrorism and child abuse. Telegram messaging app operators have reportedly passed user data to the Federal Criminal Police Office (BKA) in several cases. The nature or type of data allegedly leaked was not specified in the report, but the authors believe it went beyond the IP address and phone number.

Telegram, for its part, defends and remains consistent each version with its website’s FAQ content that the service has never transferred “any bytes of user data” from third parties, including governments. In section 8.3 of its privacy policy, last updated in 2018, the company claims to disclose users’ IP addresses and phone numbers to authorities when a warrant is filed for terrorism-related allegations. An FBI report published at the end of the previous year goes in the same direction.

The FBI claims to have access not to the content of the conversations, but to the metadata of the encrypted messaging services. In the case of Telegram, the Bureau can obtain a user’s IP address and phone number for terrorism investigations, according to the app’s privacy policy. Signal for its part does not lose information by providing the date and time of creation of an account as well as the last date of activity of a user on the service. However, some internet users are of the opinion that apart from all the security concerns, Telegram is probably the messaging service that offers the best user experience. The launch of a paid premium version is therefore justified for the latter who are always looking for more features on the axis of the user experience.

Which e-mail service offers maximum security to its users? Which is more likely to confirm the primacy of the privacy aspect of the third parties who have made their choice? Signal? Telegram? Whatsapp ?

Do you share the opinion that the user experience of the free version of Telegram is already sufficient to be a brake on the monetization channel through the premium version?

are you a Telegram user? How does this messaging service compare to its competitors?

What features are you still missing on the call?

A Telegram feature is leaking your exact address to hackers, but the app developer has not expressed an intention to fix the vulnerability

Germany does not rule out the closure of the Telegram messaging service on its territory, due to concerns about its use as a platform for extremist groups