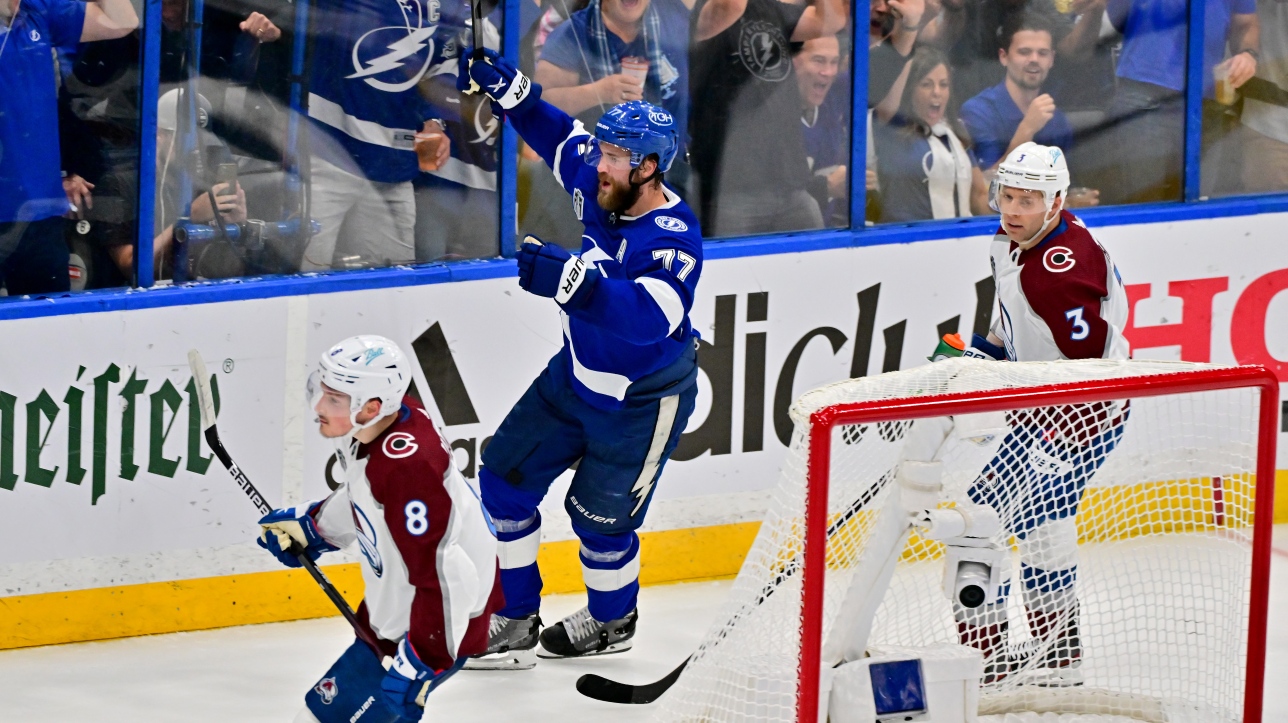 It took the Tampa Bay Lightning just 36 seconds to make themselves heard in Game 4 of the Stanley Cup Final against the Colorado Avalanche.

A first shot at the goalkeeper’s face made Darcy Kuemper lose his mask, then Anthony Cirelli recovered the return to open the scoring.

Subsequently, the Lighning continued to hit the opponent’s net, dominating 17-4 in the shots. On the other hand, Andrei Vasilevskiy was less busy, but he also took advantage of 13 blocks ahead of him.

Avalanche finally hit the scoreboard at 5:17 in the second period. Vasilevskiy blocked Mikko Rantanen’s opening shot with his pad, but the puck was deflected by Nathan MacKinnon’s left skate as he rotated in front of the net. It is his first goal in the final.

The Lightning regained the lead five minutes later on a Victor Hedman backhand shot that Kuemper should have parried after the defender had crossed half the ice.

The Lightning are counting on Nikita Kucherov for Game 4, with coach Jon Cooper saying the team will use the same roster as Game 3.

Brayden Point, who missed Race 3 on Monday with a lower body injury, will not be in the lineup. Striker Nick Paul will also be in uniform.

Kucherov left Monday’s game in the third period after being controlled from behind by Colorado Avalanche defender Devon Toews.

Paul left Game 3 at the end of the first period after awkwardly twisting his leg after taking a hit along the boards. Subsequently he retired to the locker room, but returned in the second period.

The Lightning followed Avalanche 2-1 in the series following Monday’s 6-2 win in Tampa.

Nazem Kadri will play a first game in this Stanley Cup final.

The 31-year-old veteran was on the sidelines after being hit hard by Evander Kane in Game 3 of the series against the Edmonton Oilers. The central player underwent thumb surgery on 6 June.

Darcy Kuemper will be the starting goalkeeper in Game 4 even though he was sent off by lightning in Game 3. He conceded five goals out of 22 shots in that game.