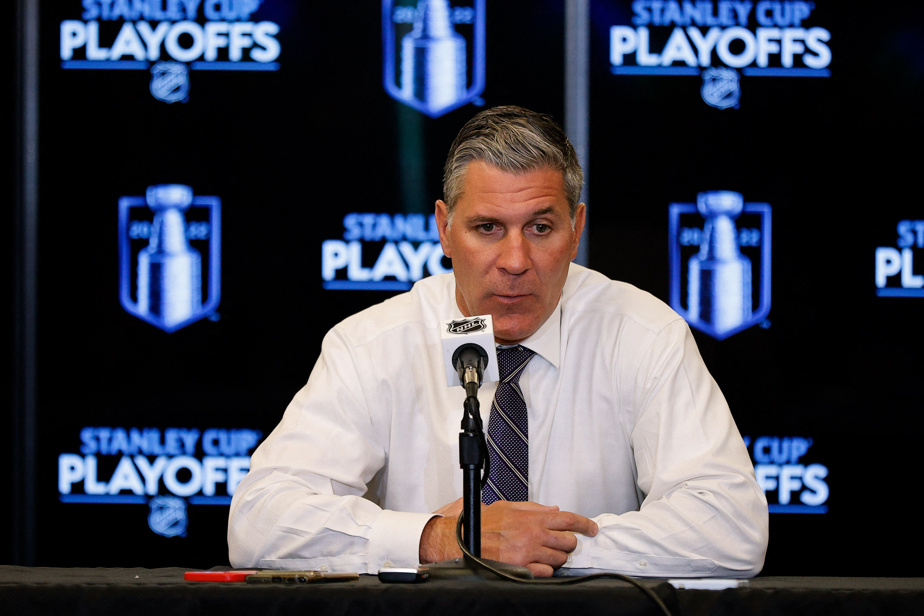 (Denver) Who will be the Avalanche goalkeeper for the start of the Stanley Cup final? The mystery will last until Wednesday evening.

Despite clues that some 60 reporters attending the Ball Arena on Wednesday morning were able to observe and broadcast on their favorite social network, Jared Bednar refused to confirm the identity of his goalkeeper.

The clues in question: Darcy Kuemper took part in this training by defending the door on the side of the Avalanche bench, and it was he who entered the locker room first. This latter clue is usually revealing.

Kuemper was injured in Game 1 of the Western Finals against the Oilers. It was his assistant, Pavel Francouz, who took over and won all four games in the series. Francouz is hitting a perfect 6-0 record this spring, but Kuemper has been the Avalanche’s No. 1 goalkeeper this season.

Nazem Kadri did not take part in today’s training. The “miracle” Mikko Rantanen hoped for the day before does not seem to have materialized. Kadri, remember, fell in battle when he was controlled by Evander Kane in Game 3 of the Western Finals. He has 14 points (6 goals, 8 assists) in 13 outings this spring.

Veteran Andrew Cogliano has the same status as Kadri, but it’s unclear what he’s suffering from. Ankle injury? A shoulder? Scarlet fever? All options are valid.

“I will not give any information about our injuries or our formation and I will not reveal my starting goalkeeper,” Bednar warned.

Bednar wasn’t laughing on that sunny Wednesday morning. After closing for his he list, he gasped when asked about his team’s lack of experience in the Stanley Cup Finals.

Numbers don’t lie. The Lightning players totaled 204 games in the Stanley Cup finals. Those of the Avalanche: 29, including 6 played by Cogliano, whose presence on Wednesday is unlikely.

Bednar’s response: “Obviously it’s their third consecutive final. They have been one of the best teams in the NHL for nearly a decade. They have a lot of experience, they know how to win, we understand that.

“We have good leaders who have been in this championship for a long time and who have gone through different situations,” he continued. Tampa may have more experience, but we’re here to try and prove we’re the best team in the league. ”

The point should play

The contrast was stark when Jon Cooper entered the room thirty minutes later. The Lightning head coach is a lawyer by training and necessarily starts with an advantage over his counterpart in verbal play.

In his case, the question of the starting goalkeeper is not one. But the presence of forwards Brayden Point and Brandon Hagel remained uncertain. “We are waiting for news from Hagel, but Point looks ready,” he replied.

Then, he observed the floor of the reporters in front of him. “I should just leave. Who will tweet the information first? “She threw her, sparking hilarity in the room.

Cooper returned him when asked if his rival had not announced his starting goalkeeper. “But we know that, don’t we? He replied.

“They both played in the playoffs, so we have material on both of them. It’s not so much like saves do, but more like they play with the puck, when they get off the net. Frantz Jean is our goalkeeper guru and he does a phenomenal job of preparing our players. We have good data on both. But these are two National League goalkeepers who are here for a reason: they are good. ”

Seriously, the return of Brayden Point would be pivotal for Lightning. The center has scored 30 goals and 30 assists in 53 games since the start of the 2020 playoffs. He has scored the most goals for Tampa in the last 3 years in the playoffs.