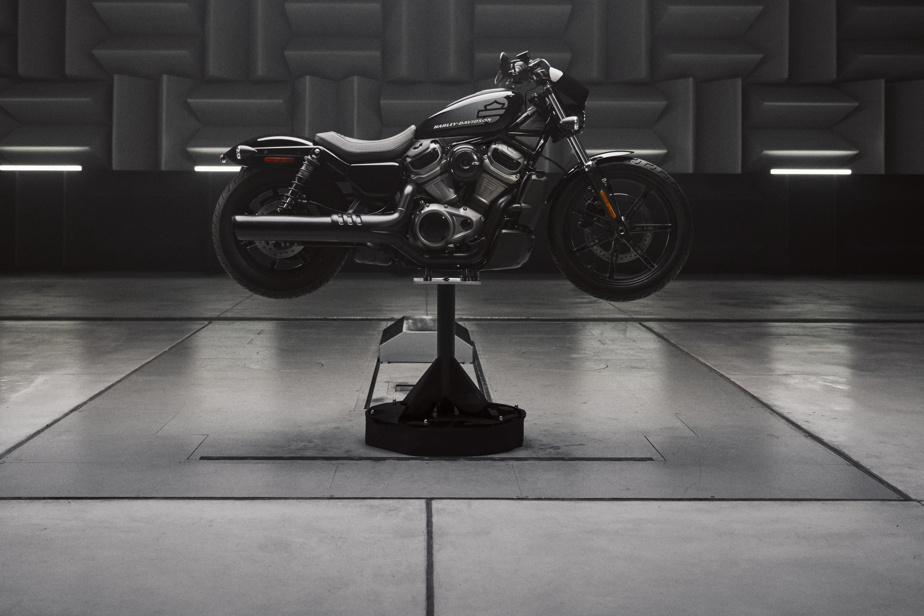 (Santa Barbara, California) A well-known and classic line combined with modern mechanics and chassis. At Harley-Davidson, such a proposition falls into the realm of risk, but it’s what defines the new Sportster Nightster.

Mechanics updated in a classic silhouette

Under its costume inspired by the old but charming old generation Sportster 883/1200, the brand new Sportster Nightster offers nothing but modernity. From the compact and powerful 975cc liquid-cooled V-twin to the innovative frame and “frameless” driving mode, one of which cuts around 30% of the 90 horsepower to best accommodate beginners, the latest model from the Milwaukee brand has everything to satisfy the enthusiast of customs modern. On the other hand, the ergonomics modeled after that of the old 883 Iron and the short-stroke rear suspension maintain a connection – sometimes advantageous and sometimes disadvantageous – with the older air-cooled Sportsters.

A nice mix, if a bit confusing

For motorcyclists accustomed – for better or for worse – to the various previous generation Sportsters, getting behind the controls of the novelty is initially not a shock, since everything is more or less in the same place. However, the surprising ease with which the Nightster is lifted off the kickstand and the discreet hum of the all-new Revolution Max 975T V-Twin driving it clearly establishes that this is a completely redesigned stand. And if the doubt persisted, a twist of the throttle would eliminate it completely, as never before has an air-cooled Sportster offered such a level of performance.

While the Nightster stands out by combining a classic line with powerful modern mechanics, it also progresses in terms of behavior. The surprising sensation of lightness it offers is due to a much lighter and pleasantly narrow engine, the absence of the traditional frame (it is replaced by front and rear structures directly attached to the engine and which act as an anchor to the suspension) and the displacement of the tank of gasoline towards the center of gravity, under the saddle. The result is impressive cornering strength and precision, where you can lean more than before, as well as flawless stability. Braking obviously benefits from the relief and is always up to par.

The arrival of the Revolution Max 975T

Like the Pan Americas and Sportster S introduced last year, the Sportster Nightster sheds an established Harley-Davidson tradition by replacing the low-rpm, air-cooled Evolution V-Twin with the next-generation liquid-cooled twin. and at high rpm called Revolution Max. The Nightster, on the other hand, stands out for being the first model powered by the small version of this engine. 975cc cube, it spins easily up to nearly 10,000 rpm, double that of the Evolution. It offers generous torque from the very first laps and impressive acceleration for the model’s class.

This new mechanism is not only the biggest difference to the old Sportster, it also represents THE feature that risks tipping the scales one way or another for buyers. It wouldn’t be surprising to see the American brand’s loyalists avoid the new engine due to its smooth, refined character that has nothing to do with the heavy jolt of the old V-twin. Harley-Davidson openly accepts this reality and bets that the The Revolution Max’s high degree of refinement will – finally – seduce a clientele who have bluntly expressed their lack of interest in traditional Harley engines.

You don’t notice it at first glance, which is quite drawn to the sleek, classic lines of the Nightster, but upon closer inspection there are several lack of finish. For example, everywhere, cables and wires that should be hidden from view hang awkwardly. We also note a radiator that could be much better hidden, as tradition dictates. costume. Finally, we see a bunch of small plastic covers that look a bit low-end. But despite the Sportster’s basic state, it’s still a $ 16,500 bike.

The Nightster case is complex. On the one hand, in addition to a rear suspension designed for beautiful Californian roads and not for our paved paths, the novelty works great: soft and flexible engine, solid and precise chassis, impressive handling, great accessibility. But on the other hand, many mourn the death of the heartbeat and sound that made older Sportsters such a visceral experience. This shift to softness and refinement may, according to Harley-Davidson, be necessary to attract new customers, the fact is that it also makes the car more common. In short, it is beautiful and drives well, but the mechanical “je-ne-sais-quoi” has disappeared.

* Transportation and lodging expenses were paid by Harley-Davidson.