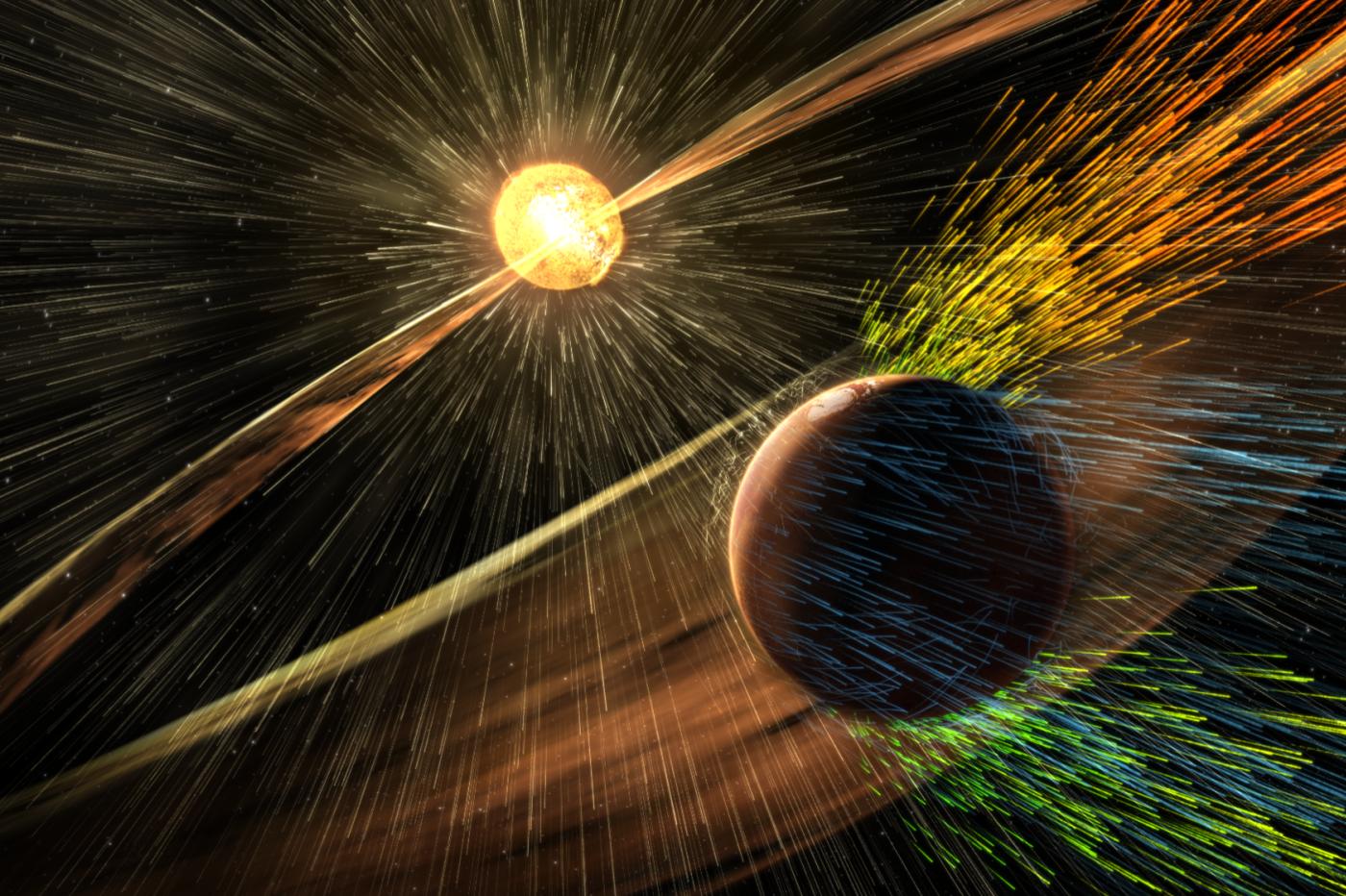 The whims of the Sun, whose activity will continue to increase until 2025, pose a real threat to some satellites.

Space time has been particularly tumultuous for some months. According to ESA, it is also so severe that it has a considerable impact on some satellites, which simply begin to come out of their orbits. And according to the agency, the situation is likely to get worse in the short and medium term.

Normally, all objects in low Earth orbit tend to lose altitude over time. This is a consequence of friction with the few air particles still present in the very high atmosphere. This is a well-known phenomenon (we talk about the decline of the orbit) to which engineers know how to respond without too many problems. Very briefly, all you need to do is give a specific point in the orbit a little push to rectify it.

However, the agency spotted a strange dynamic in its SWARM swarm: some machines began to dive at an alarming rate. In recent years, satellites have “sunk” around 2 km per year. But between December 2021 and April 2022, this rate greatly increased; compared to one year, this now corresponds to a loss of quota of 20 km per year, according to the project manager interviewed by Space.com.

The solar wind, a plague for satellites

And there is no need to look far to identify the origin of this phenomenon; the culprit is none other than our Sun itself. The latter, in fact, regularly emits streams of charged particles (we speak of plasma) in favor of solar flares. And the resulting solar wind also plays a very important role in the dynamics of satellites in Earth orbit.

Interactions between the Earth’s magnetic field and these particles can disturb the atmosphere. The precise details of the phenomenon remain rather mysterious. But the researchers were able to empirically observe that the lower and densest layers of the atmosphere tended to rise temporarily when bombarded with plasma.

This results in an increase in the resistance to movement of the satellite, just like a cyclist riding with an increasingly powerful headwind. Result: it loses speed and, by extension, altitude. It is this phenomenon that is at the origin of the dizzying fall of ESA’s SWARM. During intense solar storms, they can sometimes fall too quickly for researchers to have time to correct their course.

The activity of the Sun is visibly increasing

It is no coincidence that this dynamic has accelerated in recent months. Indeed, the intensity of this solar wind directly depends on magnetic field activity of the star. It is estimated by counting the number of sunspots

This activity varies over an 11-year cycle. And the current cycle has just begun fairly recently. Officially, the Sun entered this new phase in December 2019. And since then, we’ve seen a very rapid rise the number of sunspots and related geomagnetic storms.

The latter have already had perceptible effects on Earth; we recall, for example, the few radio blackouts recorded during the Easter weekend (see our article). Most importantly, this means that very low orbit satellites have much more difficult to maintain a practicable trajectory in these conditions.

And unfortunately, this situation looks set to last. In fact, we are only at the beginning of this 25th solar cycle (they have been counted since 1755). Still, it has already turned out to be far more intense than the researchers had anticipated.

If we look at the graph detailing these predictions, we can see what the sunspot number is today almost at the level expected at the peak of cycle activity – even if it shouldn’t happen before 2025 …

The risk of a dramatic event

The other problem is that this growing activity significantly increases the likelihood of Earth experiencing a large geomagnetic storm. In this case the main risk is no longer even the fall of the satellites; it is the survival of on-board electronics that is being questioned.

Indeed, a particularly intense solar flare could easily fry much of the world’s electrical infrastructure (see our article). And because they evolve on the edge – or completely outside – of the magnetosphere that protects the Earth, these satellites would find themselves particularly exposed. With all that this implies for terrestrial communication networks.

A worrying situation in the middle of the space race

Engineers are therefore warned: they will have to make considerable efforts to ensure the survival of their devices in low orbit. And it’s not about taking this warning from the Sun lightly, especially since the timing is far from ideal.

It has not escaped anyone, we are currently at the beginning of a new space race. And it’s not just SpaceX’s massive rockets that are making headway; the amount of satellites is also increasing at an exponential rate. Among these, however, we find a whole series of cubesats, satellites perfectly adapted to this new commercial philosophy of space; they are ridiculously small, inexpensive, and carry only the bare minimum.

This is why many of them have chosen to do so switch completely from the propellant. These satellites are therefore small high-tech boxes that are placed in orbit, then left to fend for themselves. I’m unable to correct its own orbit if they deviate.

So far, these boats have benefited from favorable space weather conditions; the start of this new space race has in fact coincided with a very quiet period in terms of solar activity. But the closer we get to the peak of 2025, the more complicated the situation will become, especially for engineless cubesats.

Could the industry have been smug and underestimated the impact of the sun? The future will tell. But while this dynamic is worrying, its impact must also be qualified. This situation only affects very low orbit devices that evolve at the edge of the Earth’s atmosphere, about 150 km away. More distant cars, such as SpaceX’s Starlinks, which are parked at an altitude of 550km, should therefore elude him.

But as the situation stabilizes, there is still good news in this story. Because it’s not just the satellites in operation that are affected by solar winds. This is also the case with the countless debris that pollute Earth’s orbit.

In concrete terms, these solar storms therefore contribute to clean the orbit. And this is great news, knowing that the accumulation of this waste is among the most significant threats to the conquest of space on a large scale.