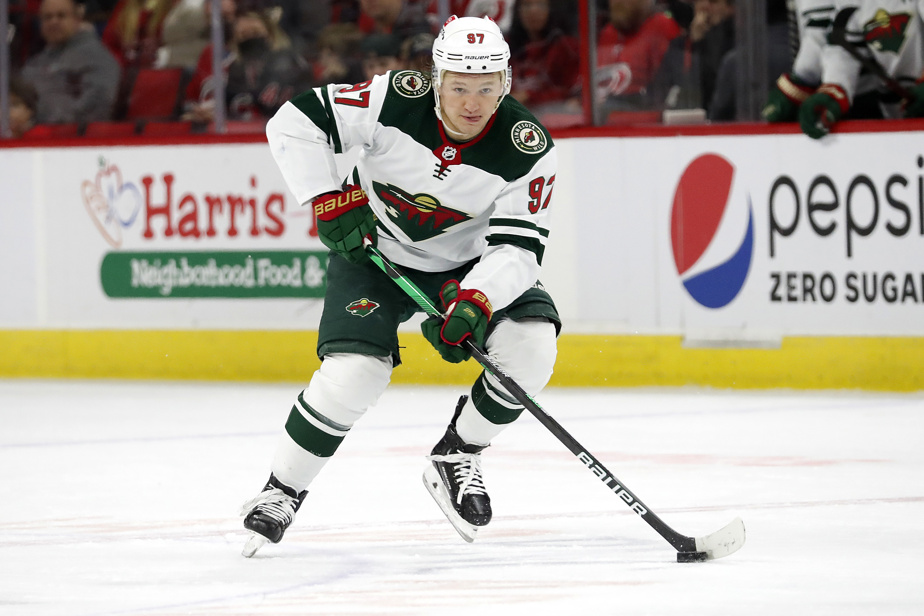 The pale-faced Chuck Fletcher, general manager of the Flyers, couldn’t help but ask a reporter the question. But this was to, quite simply, ask him if he had argued with Bill Guerin, his counterpart from Minnesota.

Fletcher and Guerin can really sympathize. The news that Fletcher feared could be confirmed was that Wild star forward Kirill Kaprizov was being actively sought by Russian authorities after allegedly purchasing a “military identity card” in 2017 to withdraw from compulsory military service.

Throughout the day the mystery hovered: Was Kaprizov still in Russia? Was he going to North America instead? Michael Russo, of the Athlétique website, followed the case step by step. Eventually Guerin confirmed that his player was still in his hometown. The DG was still trying to gather as much information as possible on this subject, but “was not too worried”.

If Chuck Fletcher was so interested in the case, it’s because one of his own players is stuck in an even worse quagmire. Goalkeeper Ivan Fedotov, the Flyers’ seventh round pick in 2015, was arrested in Russia last week under the same pretext as Kaprizov. He has since been sent to a military naval camp.

On the eve of the NHL draft, and when all the leaders of the circuit are already converging in Montreal, Russia was at the center of many conversations, Wednesday, at the end of the DG meeting.

With Fedotov’s arrest and having the arrest warrant issued against Kaprizov, teams can legitimately question whether their players returning to their home countries for the summer will be able to join their respective teams at the end of the summer.

“It’s a situation beyond our control,” said Ken Holland, general manager of the Oilers. Knowing him, defender Dmitri Samorukov and his wife are currently in Edmonton. He did not know, however, which side of the Pacific was Matvei Petrov, chosen in the sixth round of 2021, who played last season in the Ontario Junior League.

Canucks GM Patrik Allvin didn’t seem particularly worried about Vasily Podkolzin and Andrei Kuzmenko, both of whom are in Russia for the summer. “I expect them to return in August or early September as planned,” he said.

Kent Hughes of the Canadiens said defender Alexander Romanov was due to return to Montreal on Wednesday or Thursday. “I was told that everything was under control, but for sure everything will be more under control when he is in North America, commented the CH boss. I have not been given a reason to be concerned. ”

The Islanders’ Lou Lamoriello said he was optimistic that his players would make “decisions in their best interest”. Jim Nill of the Stars gave the same speech, mentioning that Denis Gurianov was right there. Young Artem Grushnikov, who also played in Ontario last season, remains “for the moment” in North America.

“It’s their country, they know what they can and can’t do, it’s their decision. Denis had no problems, ”explained Nill.

The Russian question could obviously be included in the lists of hopes that the teams draw up. But, remembered Kevyn Adams, of the Sabers, “we don’t plan for next year. We don’t know what the world will be like in three years “.

While some CEOs are lighthearted, the feeling isn’t unanimous.

Fletcher cautiously indicated that “every situation is unique” and that the NHL has not given specific instructions on this matter. “You should ask Gary or Bill,” he whispered, referring to Gary Bettman and Bill Daly, ward commissioner and assistant ward commissioner respectively.

Bettman, however, declined to answer a question of The print about this topic. “It’s the CEOs talking today,” she said. The commissioner will address the media this Thursday as part of a joint press conference with the Players Association, on a completely different topic.

Kevin Cheveldayoff of the Jets took refuge behind the refusal to comment on “individual cases”.

Pierre Dorion, one of the senators, also seemed bothered by the Russian affair. Two of its main defenders, Nikita Zaitsev and Artem Zub, were born in the country of Kim Yaroshevskaya.

when The print he asked him if he was worried, Dorion fell silent for a long time. He recalled that it was not up to him to decide, during the off-season, where his players were. In all honesty, “I have no idea where they are,” he confessed. Before adding: “I have a good idea of ​​what they are doing, but it is not for me to discuss it. ”

The discussion is not over yet, it can be assumed.

With the collaboration of Guillaume Lefrançois, The print