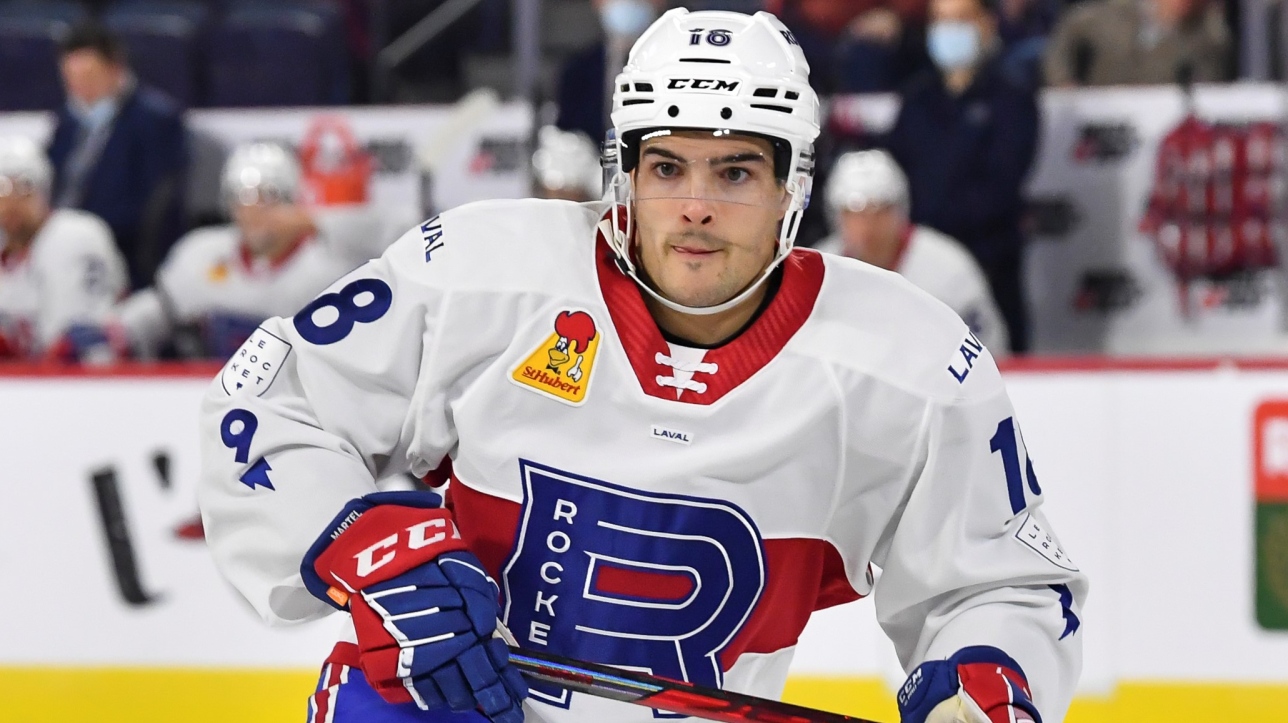 LAVAL – Danick Martel had a stellar playoff. Fifteen points in as many games, including nine goals, is the kind of production that buzzes an agent’s phone when it comes to a player preparing to enter the free agent market.

Martel is likely to be courted by the Laval Rocket this summer. Her growing season finale alone would justify her return. But another clue to her worth, this one even more significant, emerged from the team’s end-of-season report on Thursday.
Also to read

First, consider this response from Jean-François Houle to a question from colleague Patrick Friolet about the importance for an American League manager to have veterans who understand and accept their role.

“It has great value. A less intelligent player who knows his place in the organization, who has had his chance in the NHL and for whom the American League has made his league and who is ready to help young people, these players are very important . They are veterans who can help tremendously and make a difference. “

Pair these wise words with the clarity of Martel’s remarks an hour earlier and you’ve got a swipe to the right that has the potential to lead to something far more serious than a one-night stand.

“Even though we didn’t have the end we wanted, I made a great playoff. I have shown that I am a leader, that I can lead a team to win. I know my NHL career is over, unless I have great seasons in the years to come. But at the same time, at 28, I think my role is to be a leader in the American League. It is a championship that I know well, in which I have always “performed” well. “

Never enlisted, Martel was spotted by the Philadelphia Flyers at the end of a 102-point season with the Blainville-Boisbriand Armada. He joined the NHL three years later in a four-game trial. The following year, he played nine more with Tampa Bay Lightning. Since then, he has learned to silently shape his grief.

The Rocket is the fourth organization to host it in the past three years. He got there with a contract that didn’t offer him the chance to be called back to the NHL and he doesn’t expect to improve next year.

“With the offers I have right now, unfortunately, it’s not even close to that. So I think mentally I’m stuck. I would never say no because I know I’m still capable. We saw it at the Canadiens pitch, when I played the Whites match against the Reds. I stood out, but I knew my place was in the American League. In a way, I know it’s a “bargain”. “

A “bargain”, at least, in which he found the conviction that he could claim a place of his own. This was no longer necessarily the case before arriving in Laval, when the reality of COVID had made few job offers. “It sure sounds in your head,” he says with his authenticity of him. This weakened confidence was put to the test at the start of the season when his manager decided to leave him out for a game.

“I was scratched for the first time in my American League career. However, so far it was still going well. But then, it really stuck in my head. “

It wasn’t until mid-season, when a forced hiatus from COVID gave everyone a breather, that Martel felt like he was finding his bearings. The recovery experienced in the last months of the season allows him, in retrospect, to draw up a satisfactory balance sheet.

The series? It was the topping on the cake.

“I think mentally I was able to start from scratch,” says the energetic striker. This is what helped me to produce a lot and helped the team go the distance. “

“A big win” for Brandon Gignac

Brandon Gignac’s story is very similar to Martel’s. The former potential client of the New Jersey Devils arrived in Laval after a nearly complete season in the ECHL and a shell to rebuild.

Indeed, the transition to a lower league had been refreshing for Gignac. That was all that had happened before he put him through hell. The quick center player said his last two seasons under Mark Dennehy with the Binghamton Devils have been difficult.

“The ‘manager’, I knew he didn’t like me and he didn’t hesitate to tell me. It wasn’t really fun for the confidence. It wasn’t a good season for me there. Things like that, I don’t want that to happen again in my career because it just destroyed me and destroyed my trust. “

With Jean-François Houle and his assistants, Gignac began to breathe deeply again. Like Martel, he got off to a pretty slow start before he found a certain rhythm. He had his best moments in the playoffs, delivering nine points from 13 games. A knee injury prevented him from contributing to his full potential in the Eastern Final.

“When I was in the Binghamton organization, I knew I had good skating, but it seemed like I was never put in the situation to prove it. JF has given me so many chances, the veterans have told me to push the “pace”. This year it was really good for me to show my speed. “

I knew I had the talent to play in the American League, I just needed a chance. This year I got it and I got it. I am happy, for me it is a great victory. “