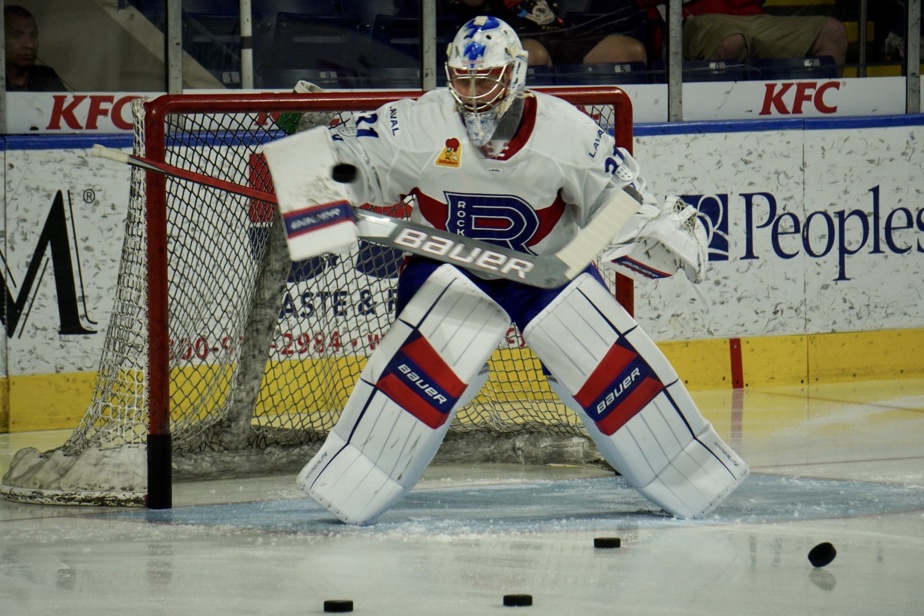 (Springfield) There will in fact be a seventh and decisive game between Springfield Thunderbirds and Laval Rocket.

We write “well and well” because it seemed absurd, even impossible, at the beginning of the evening, on this very quiet Monday night at MassMutual Center, in this small town in Massachusetts. Because the Rockets started the match on their heels, having been beaten, having to defend four on five for four long minutes, among other things, the result of a high stick from veteran Devante Smith-Pelly.

But the Rocket survived, as they survived so many deals in that magical spring, and ultimately scored a 5-1 win over the Thunderbirds and their very silent fans.

This very quiet arena became even more so at the end of the night when Danick Martel served a feint poetic to goalkeeper Joel Hofer for the third goal. Then the fans all stood up in the direction of the exits, as the DJ tried to rekindle the flame with generic 90s rock, a strategy that fell flat like a Nickelback refrain.

With all that, there will be a seventh game, presented here on Wednesday night.

It ends 5-1, but that doesn’t mean it was that easy. The Rockets had chosen to start this game with a lineup of 7 defenders and 11 forwards, and one of these forwards, Jesse Ylönen, had to leave the game at the end of the first period, due to injury. According to coach Jean-François Houle, Ylönen is expected to miss the last game of the series.

Once again Cayden Primeau was in a state of grace in front of his net. Other successes include his stop on Will Bitten who came alone in front of him in the second period. A great play, since the puck then went to the other side and defender Tommy Cross made a very juicy turnover. Danick Martel, who didn’t ask for much, just had to throw the puck into almost empty net for the first goal of his side.

“I made a mistake with an empty net in the previous match, everyone was talking about it … this time I saw it, the net, and I wouldn’t have lost it! “Summarizes the striker Rocket, who ended this great evening with a collection of three points.

Gabriel Bourque added the second goal, Martel the third, and we heard the Thunderbirds a little flat, like the rest of the arena. Interesting statistic: Since the beginning of this series, Springfield players are 0 of 29 in power play. Not what you want.

“It was important to maintain some form of discipline and avoid sanctions,” explained Primeau. Too many penalties can cut your legs. So our reduced play was immense and gave us a push in the back. We can play five-on-five against these guys with no problem. So we’re happy with the win, but we didn’t come here to win a single match … ”

For the Rocket it will be important Tuesday, Wednesday too. Houle admitted it: it will be necessary to manage the energies of the club well, since the gas tank cannot be empty at the time of the big match on Wednesday night. The club is also expected to train outside on Tuesday.

Until then, Rocket players will be able to breathe a little, maybe even enjoy the bucolic landscapes of Springfield, and even indulge in some good superstition, according to Houle.

“We found a good Italian restaurant when we got here on Sunday, and then we won… so we’ll be back tomorrow! ”