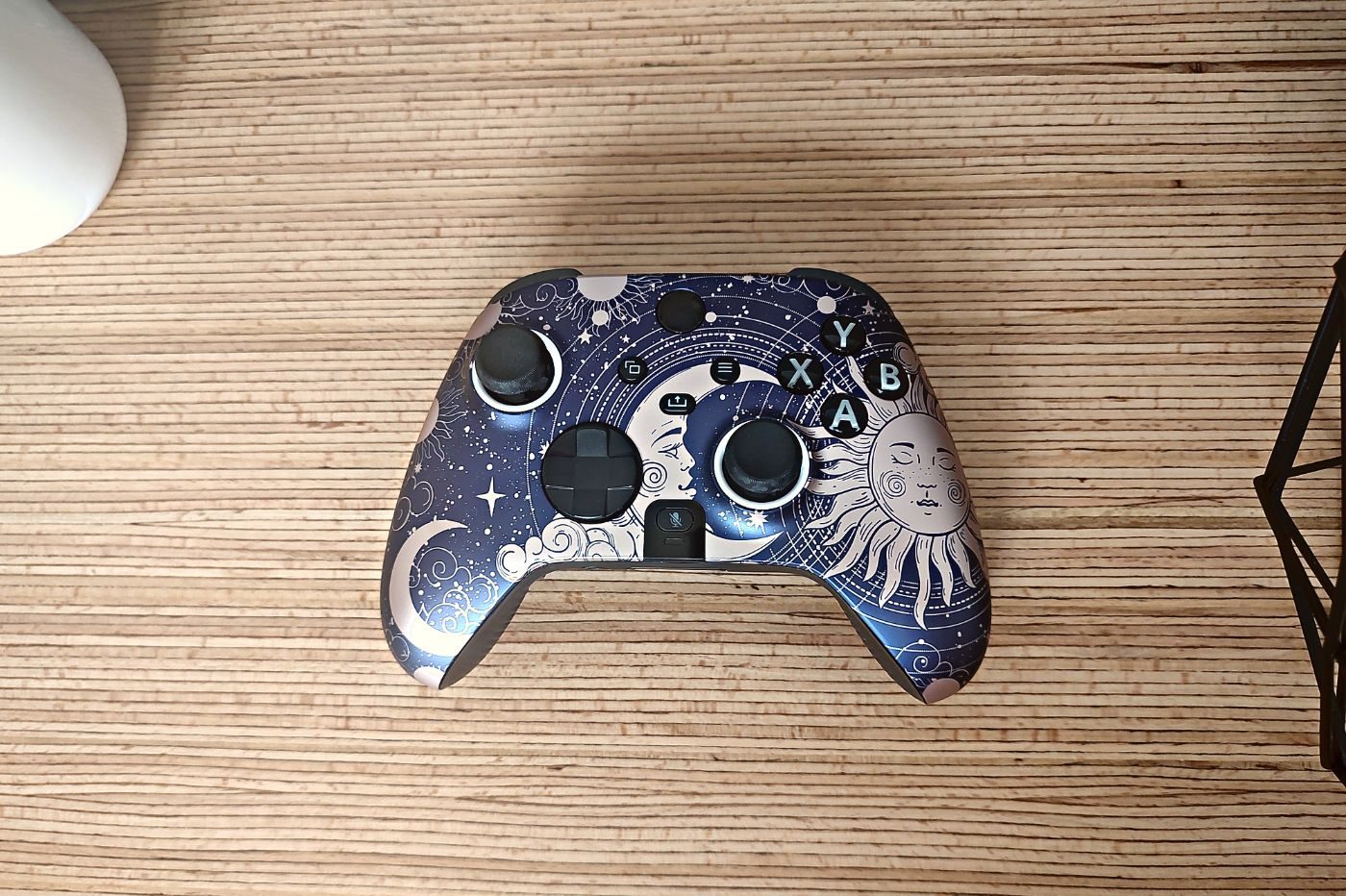 Scuf wants to seduce gamers on Xbox Series X / S with a customizable professional controller. Is it worth it compared to its more direct competitors?

Scuf struck again. With the arrival of the latest generation consoles, it seemed obvious that the brand still had a card to play, and no less important. If the PS5 has its own Reflex, the Xbox Series X / S are also entitled to their own controller, which the company calls Instinct. With its palettes optimized for professional play and its customizable appearance, does the controller manage to beat its competitors? The answer in this Scuf Instinct Xbox Series test.

For its base, Scuf uses the official Xbox Series controller, which does not contain any particular specifics before the transformation. The brand then adds four paddles on the back, a button to change profiles and switch triggers and joysticks. We are therefore left with the same starting controller, but better. In terms of grip, nothing changes, especially if you don’t opt ​​for grip. [poids]

In terms of ergonomics, it should be added that the positioning of the blades is quite natural, the latter have been slightly pushed towards the inside of the handles for a more instinctive grip, so that the player does not move his fingers compared to a classic controller.

But one of the most important aspects of a Scuf accessory is its customization. The Instinct controller is no exception to the rule and already promises to put unique models in our hands. You have a wide choice of patterns and colors, and you can customize many elements of the Scuf Instinct, at an additional cost at each stage (unless you choose the simplest of options). From a technical point of view the result is stunning and the finishes are of excellent quality. Here are some models we have developed to show you the extent of the possibilities:

However, concessions must be made by specifying that each of the underlying models all cost more than € 200 (respectively € 260, € 274 and € 247), a price that is not competitive with the famous Xbox Design Lab. Microsoft’s service is in fact the only one to offer you a customization at least as complete (or even more) for much less. Take this model which would cost 87 € to do: 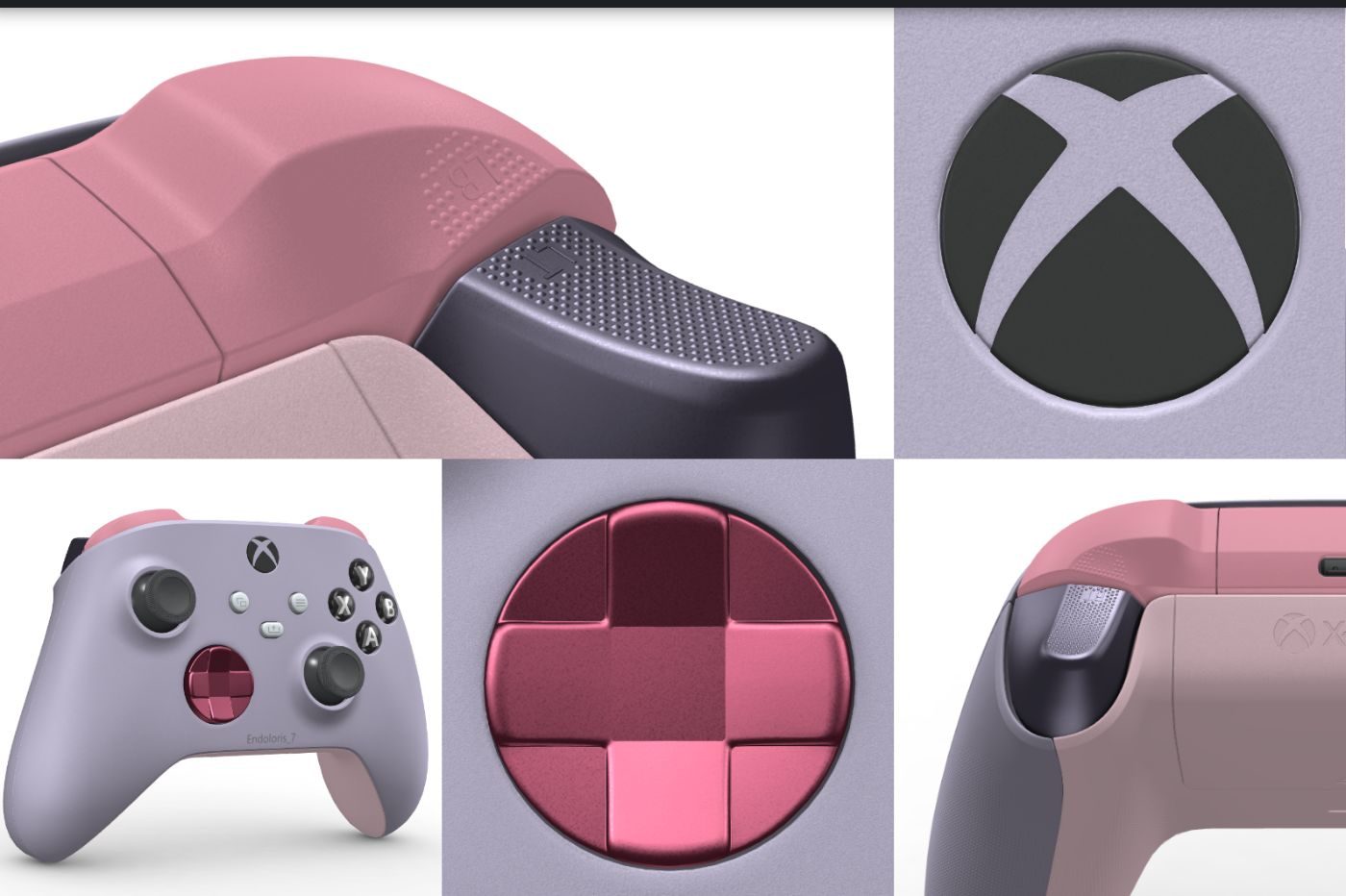 Despite everything, the strength of Scuf lies in the choice of its designs, currently unmatched to any other offer on the market, as well as proposing these changes on a so-called “professional” controller. Plus, you have the option to purchase interchangeable faceplates to change the look of your Instinct whenever you want. Scuf therefore has a strong argument in terms of design and customization that is not negligible, albeit questionable.

In terms of pure performance, however, we are pleasantly surprised by the naturalness of this controller. The pallets, for their position but also for their size, testify the culmination of the technical research of the brand. As far as we are concerned, the positioning of our fingers was not hindered by the palettes and, better yet, their small format that almost makes them look like buttons allowed us to take our hand in the blink of an eye.

In-game, these small accessories help to reduce reaction times but above all to combine multiple actions in a row or simultaneously, which is particularly effective in FPS. The palettes are all mappable and up to 3 profiles can be saved. Keep in mind, however, that they are not removable unlike the other models of the brand, so you will have to put up with them in all kinds of games.

But the biggest advantage of this controller is its “editable” triggers. Don’t expect to be able to take them apart to replace them, Scuf has an even simpler solution. Thanks to two small buttons, you can change basic triggers to instant triggers in the blink of an eye. Shooter fans already know the importance of such a feature, which allows you to increase the trigger pull to 100% in less time than it takes to say. In use, we found them particularly formidable.

Finally, we will make the same observation as the equivalent controller on PS5, the Scuf Reflex, the joysticks are not efficient enough for long sessions or competitions. The material tends to slip under the finger and more texture or a silicone material that adheres would not have been luxurious, especially for this range of products. However, you are at least sure that the joysticks will remain in good condition for a long time, the more elastic materials will tend to break over time.

A competitor of Elite 2?

We could not miss the comparison with the most popular professional Xbox controller on the market, we called Elite 2. Proposed by Microsoft itself, it is a controller that has managed to get out of the game … with characteristics very similar to the Scuf Instinct. You will find on this model interchangeable joysticks, mappable palettes up to 3 profiles, between which you can switch by pressing a simple button.

So far, everything is the same. Except that the Elite 2 offers more accessories for purchase, as well as compatibility with the Xbox accessories software, which allows you to reprogram the buttons, which is not possible at Scuf. From a purely performance standpoint, the Elite 2 still has an edge. However, the Scuf Instinct is unbeatable in terms of customization. It seems obvious that your choice will depend on what you are really looking for in a controller.

A controller that isn’t for everyone

Today you will not find an equivalent of the Scuf Instinct on the market for the simple reason that if a controller is designed to be professional it will leave aside the aspect of customization and vice versa, since the Xbox Design Lab, far ahead on this point, does not allow to design a more efficient controller than the base model. Ultimately it’s the best of both worlds (customization and performance) but at an expensive price point.

Whereas a PS5 controller like the Reflex will not have this problem because it is not subject to so much competition, and above all not to that of the original manufacturer, which very often is a guarantee of quality in any area. You will then find professional controllers at a lower cost, such as the Elite 2 (€ 129.99) or the Nacon Revolution X (€ 124.99), as efficient as the Scuf Instinct, which is offered starting at € 189.99. However, modifiable triggers are a shocking and unprecedented topic that weighs heavily on the scales in our view. So it’s all a matter of choice.