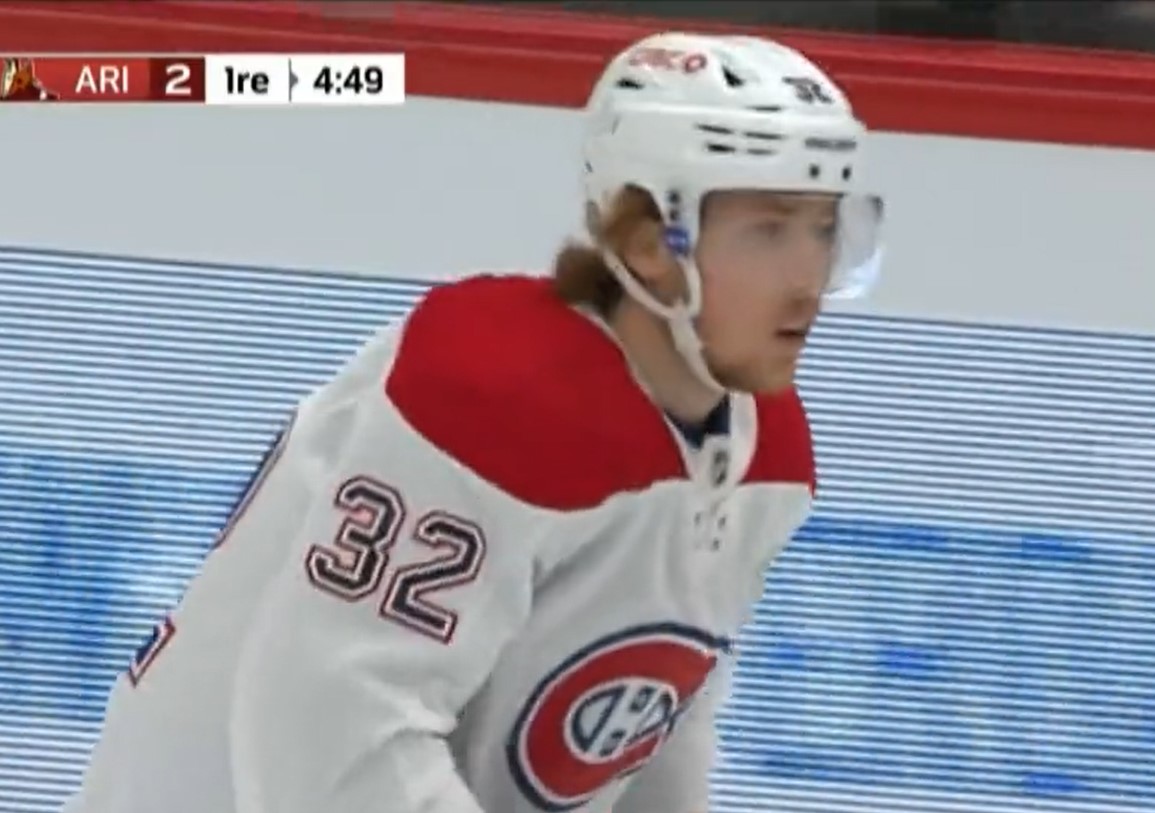 In this horrible season just experienced by the Canadiens, there have been few happy moments.

However, the fans of the team received some happy surprises and Rem Pitlick is certainly one of them.

Acquired through waivers, the American had a lot of fun in Montreal, scoring nine goals and 26 points in 46 games. His 37 points throughout the season also gave him 11th place among rookies across the league in this regard.

But according to Renaud Lavoie, his time in Quebec may already be over. Indeed, the attacker will become a free agent with clearing next week. Normally, this would mean that he will definitely be back next year.

The problem is that Pitlick is also eligible for arbitration. Given the good season just lived, the referee could then determine a contract in his favor and Kent Hughes would be forced to sign it.

And because of the problems with the Habs’ salary cap, it could hurt the organization.

My impression is that if he fails to agree with the Canadiens by Monday, I think he will be banned from the organization and will not receive a qualification offer.

Why Monday? Because it is the deadline for submitting a qualifying offer. If no such offer is made before that date and Pitlick fails to reach an agreement with the Canadiens, he will become an unlimited free agent on July 13.

So according to Lavoie, the CH doesn’t want to be forced to pay Pitlick a salary set by a referee as he could be very generous to the striker who has had a good harvest this year.

If that were the case, the former Predators and Wild would then be free to agree with the club of their choice through the NHL and Montreal would receive nothing in return.

Losing the striker for nothing would obviously be disappointing. Pitlick was one of the few bright spots in CH this year and proved he belongs in a top 9 in the NHL.

But this is the sad reality in a league where there is a salary cap.

If Pitlick’s case ends up being heard in arbitration, would his salary really be that high? We are still talking about a 25-year-old player who only had one good season in the NHL. If the Canadiens are able to trade high-paying players in the next few days (Petry, Dvorak, Anderson), we can expect him to return next year.

Especially since the qualification offer would be around $ 1 million, which is obviously very small. The team would therefore have room for maneuver between now and the referees to recover a little economically.

Or to agree on a contract with him …

– I’m already tired of hearing puns with his name.

Here’s the link to a new HI / O Show as I join host Julian McKenzie @jkamckenzieAndrew Berkshire @Andrew Berkshire and Rick Green (the overall number 1 pick in the 1976 NHL Draft) to organize this year’s draft with #Habs holding choice no. 1 ever #HabsIO: https://t.co/Euhh0v0v4H

Many readers tell me they met Marc Bergevin – and several other managers / journalists / players – at Pizzeria Moretti in Griffintown.

Welcome back to Montreal Marc!

– A lot of bad news in Minnesota these days …

By the way, there is a possibility #mnswild Left winger Jordan Greenway and defender Jon Merrill (off-season upper body surgeries) will not be ready at the start of the retirement

CLUB 919 // Shane Wright approached by a police officer, a man confronted by a giant pickle and a generous Ja Morant. Unusual sports news.