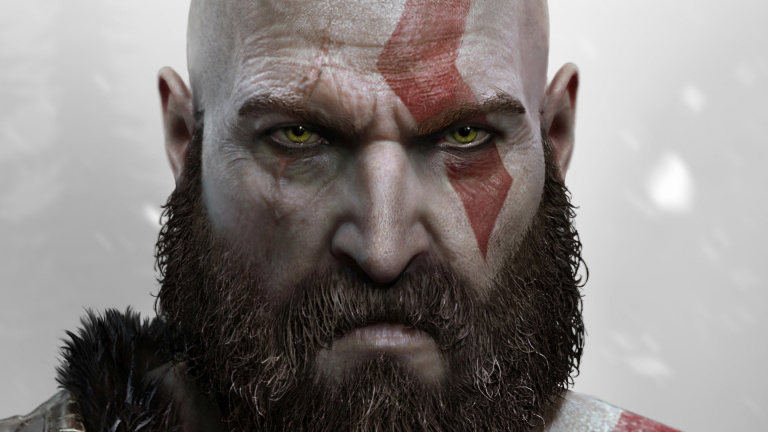 Game news PS5: the great games coming out at the end of 2022

Like gamers, during the summer, the video game industry goes on vacation. The exits are becoming more and more rare and it is necessary to wait for the beginning of the school year in September for the calendar to return to the usual rhythm. On PlayStation 5 – as on other platforms – the end of the year promises to be full of commitments! If you’re wondering what’s going on at Sony, you’ve come to the right place.

The selection of games in this article is presented to you in chronological order. Enjoy the reading !

It starts immediately with the return of a well-known license, Saints Row, whose new part does not even have a number. The title developed by Volition and published by Deep Silver is announced clearly like a reboot and it’s not to be sorry. With the city of Santo Ileso, in the southwestern United States, as the setting for the game, the saga will soon reconnect with the unusual atmosphere and uninhibited gameplay that characterizes it so much. “In this world (…) where factions fight for power, a gang of young friends out of nowhere begins their criminal adventure for glory and success,” explains the official website. Heavy in perspective!

The Lord of the Rings: Gollum

We continue with another well-known license, but one that returns in a form we weren’t necessarily expecting: The Lord of the Rings Gollum. You will have understood, here: the main hero is Gollum, the creature who drops “my precious” all the time. Adventure will allow you to discover details “that have not yet been told” about him, the developers explain: like his slavery in the Black Tower or his stay with the Elves of Mirkwood. Furthermore, we are here in the presence of an authentic infiltration game – original for The Lord of the Rings – with an impact of the choices on the personality of Gollum. Everything promises.

The last of us part 1

Those who say the back to school is busy say important licenses and those who say main licenses on PS5 say The Last of Us. Yes, with the very first episode, the Naughty Dog and Sony series has become a must. In September: Players will be able to discover The Last of Us Part 1, a remake of the original adventures of Ellie and Joel, released in 2013. On the program, no changes to the script, but completely reworked graphics, worthy of The Last of Us Part 2! The sets and especially the faces are now more believable than ever. We can’t wait to play it.

A requiem on the tale of the plague

Surely, the end of the year holds some nice surprises and the next on the list is none other than A Plague Tale Requiem. Yes yes: the sequel to the well-known A Plague Tale Innocence that seduced the press and gamers when it was released three years ago. The Asobo studio thus returns to tell the story remnants of the adventures of Amicia and her brother Hugo. “On the run from their painful past, (they, ed) travel south (…) and try to start over and control Hugo’s curse,” the developers tell us. What to discover new sets, this time technically even more impressive. The rats and the plague will be part of it!

Tired of the heroes and want more super? Well, that’s fine, because Gotham Knights is also coming at the end of the year. If you don’t know the project, it’s an action and role-playing game open world in the DC comic universe – which takes place in Gotham City. Yes, the city Batman is supposed to protect. But here, the famous Dark Knight has passed the gun to the left and it’s up to the Batman family (Batgirl, Nightwing, Red Hood, Robin) to take control. On the program, action and several playable heroes. It will be solid!

Yes: like every year, a new Call of Duty will arrive by the end of the year. This time around, it’s Modern Warfare 2, the Modern Warfare reboot sequel released in 2019 (and not the early 2010s, don’t get confused). Players will then have the opportunity to reconnect with the famous Special Unit 141, three years after the events of the previous work. Ghost, John Prince, their friends must stop a terrorist plot that threatens the United States. The title will emphasize the new stages of the gameplay as well as a still very realistic treatment.

Obviously, by the end of the year on PS5 it is impossible to escape God of War Ragnarok, the sequel to the excellent God of War released in 2018. A new episode obviously highly anticipated, which will mark the continuation of the adventures of Kratos, the God of War – and his son Atreus. And when we know what happened at the end of the last part, we have a right to expect to epic tale. The two heroes will have to face the dreaded Ragnarok (the end of the world in Norse mythology) and traverse all the Nine Realms. In other words, we can’t wait to find out more.

With the end of the year the low heat will make us shiver, but something else will be the cause. We are obviously talking about The Callisto Protocol, a new horror game from Glen Schofield, creator of the legendary Dead Space series. The man will thus mark a return to everything that made him successful in the past: lonely fear in space, against very aggressive monsters. “The player will play Jacob Lee, a victim of his fate sent to rot in the Black Iron prison, a maximum security penitentiary located on Callisto, a moon of Jupiter,” explains the man and his study. It is definitely a new reference of the genre being announced!

Do you want more cult series? So why not let yourself be tempted by Final Fantasy 7: Crisis Core Reunion. Yes, it is a remake / remaster of the famous Crisis Core released in 2008 on PSP (does not rejuvenate us). On the program, a new game engine, completely redone 3D models, full voice acting and new musical arrangements. More than enough to (re) discover the adventures of Zack Fair-SOLDIER member, where he met the famous Cloud. He prepares his wallet for the winter holidays, it’s hot.

Best for last – as they say! Impossible not to have heard of Legacy of Hogwarts – or Hogwarts Legacy in VO – the highly anticipated RPG set in the world of Harry Potter. But in this adventure that takes place in 1800: the most famous bespectacled magician and his friends will not be part of it. The player, who can create his hero from A to Z and follow his courses, will have to chart his own path, while an ancient magic awakens. You will then have all the joys of the open world, with Hogwarts and its surroundings to explore!