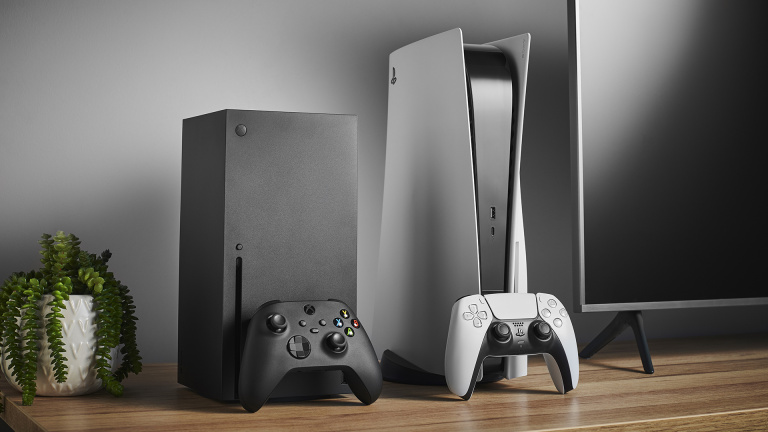 News hardware PS5 and Xbox Series X: this is the first time since their release, stocks are holding!

A year and a half after their release, PS5 and Xbox Series X, the famous “Next Gen” consoles, are still difficult to find on the shelves of specialized brands, even if slowly we begin to see the end of the ordeal. It is no longer uncommon to see PS5 stock staying online for several minutes as Xbox Series X is available immediately without waiting.

November 2020, release of the PS5 and Xbox Series and the beginning of the ordeal for everyone

Released respectively on 10 and 12 November 2020, Xbox Series X and PS5 would have marked a turning point in the history of video games (like every generation before them). Resolutely facing the future, they were called, and still are called, the “Next Gen” consoles.

However, more than a year and a half after their release, the flagship consoles from Microsoft and Sony are still not found in supermarkets or specialty stores. If you were going to get your grandmother to offer you one who goes to Carrefour shopping on Thursday afternoon, beware of spoilers: it’s not for tomorrow yet.

Nowadays, the only “honest” way to get one of the two consoles is to order online by scanning technical information sites and good deals (including JV of course) or spending a lot of time on Discord channels dedicated to graphics cards and consoles while being faster (and luckier) than others.

For those in a hurry, or for the less scrupulous, there is an alternative, go for the famous scalpers, who resell the consoles at double or triple the price on resale sites such as eBay, Le Bon Coin, etc … If the method is questionable, it is foolproof, but it is very expensive (often more than 1000 €…).

Between the incessant shortages, supply difficulties and the games that continue to run on the previous generation, it’s hard to feel a truly new and different breath.. And despite all of this, the PS5 and Xbox Series X are real boxes and are selling like hot cakes.

June 2022, the PS5 is still nowhere to be found, but it’s making a comeback

Also, it’s such a hassle to get one of these consoles at launch that we keep calling them the “Next Gen” consoles when we should rather be talking about the “New Gen” consoles. But as long as most players are still stuck on the previous generation and games continue to be released in “cross gen” mode (games that are released on both PS4 / Xbox One and PS5 / Xbox Series), it’s hard to say completely. enter this famous New Gen that we are desperately waiting for.

We won’t lie to each other, as of June 27, finding a PS5 is still a small miracle and if stocks now hold a minute or two at the time of a “drop”, versus less than a second so far, you always need to have the right information to be available and ready to click at the slightest little notice.

However, it cannot be denied that the drops are more frequent and that they last longer. The hope of the famous “return to normal” is now possible, perhaps not for this year (it will still be difficult to have a PS5 at Christmas), but for the beginning of next year. crossing your fingers.

We have talked about it for a long time, broadly and transversally, the reasons are many, Covid crisis, closure of factories, shortage of electronic components, very high demand for Tech products as a whole that have an avalanche effect and lead to this situation. And if, as we saw above, it’s still very tight on the PS5 side, we notice the best on the Microsoft and Xbox Series X side.

At the time of this writing, the console is available for direct purchase on Amazon at its regular price of € 499either as a package with an Elite controller or with the Flight Simulator game on Cdiscount for € 649 or € 599 For instance. Last example, at Micromania, a bundle that includes the console, a controller, an official Xbox headset and the Halo Infinite game is available for just € 599.97.

In short, the Next Gen should soon be able to finally give way to the New Gen!