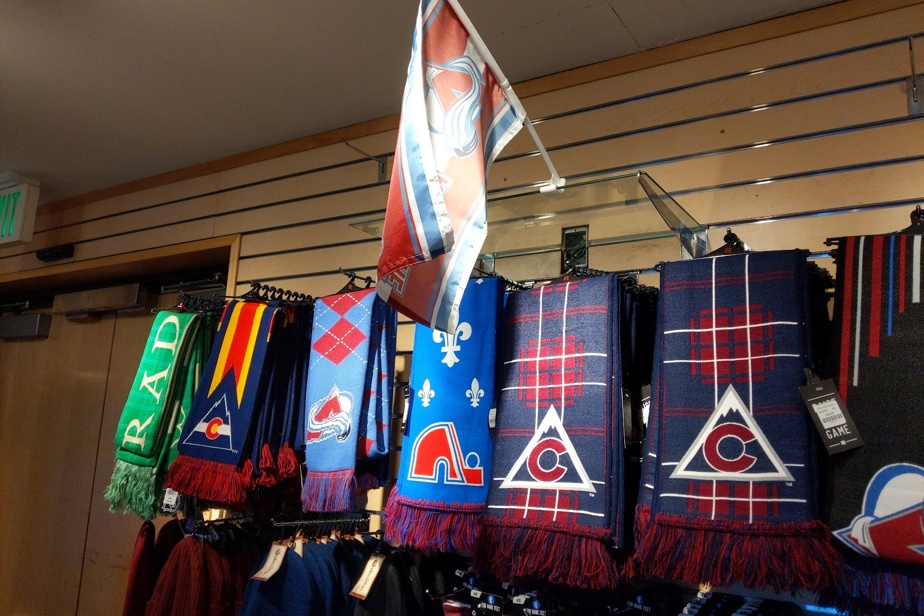 (Denver) A wise colleague once told this author, grieving the death of one of her cats, that adopting pets is, due to their short life expectancy, making sure you are heartbroken. Unless, of course, you adopt a whale or a Galapagos tortoise.

Going in search of a trace of the history of the Nordics in Denver, it is also a bit like this: the certainty of leaving it disappointed, not to say saddened.

Of course, within the team, we will understand that 27 years after the move, there are fewer and fewer survivors from Quebec. In fact, there are only two left: Matthew Sokolowski, chief sports therapist, who worked for a year in Quebec, as well as a public relations specialist who has become a consultant. We could add Joe Sakic, but his working relationship was broken for two years between his retirement as a player and hiring him as a director and governor.

In the corridors of the Ball Arena, no photos from the Nordic era. A Denver colleague believes he saw one near the Avalanche locker room, but his memories are confused, the place being inaccessible to reporters since March 2020.

On the ceiling no trace of the numbers 3 (Jean-Claude Tremblay), 8 (Marc Tardif), 16 (Michel Goulet) and 26 (Peter Stastny). The 8 could end there one day, mind you, but it will be with the name of Cale Makar.

That said, the Avalanche aren’t the only team doing this. In Arizona, Ryan Dzingel and Anthony Duclair could wear the number 10 that Dale Hawerchuk had in Winnipeg before the move. Hawerchuk, on the other hand, was immortalized in the honor ring of the Gila River Arena, from where the Coyotes have just been expelled.

We go to the gift shop, and that’s where we see the first Nordic logos. But you have to search. A scarf, a pair of socks, a cotton band… The clerk points to a jacket in a corner. And the official vests? We see a lot of them in the stands during matches!

“We don’t have any more. We got a few over the season, and they sold out so quickly, ”she explains, snapping her fingers to support his point.

Gossip would say Nordic nostalgia is appreciated when selling merchandise, but let’s not go there.

Then, like a godsend, we discover the existence of a street called Quebec, in Denver. A nod to the Nordics? Cruel way to turn the iron in the wound of the former fans of the team? Let’s check.

Quebec Street is not on the doorstep. From the center it takes a good thirty minutes by bus to get there. The ride is still fun. Everyone says hello, they seem to know each other.

Oh yeah … and Shea Weber gets swapped on the run. We still owe a great debt to brother Simon-Olivier for taking over, because once he got off the bus it was so hot that the phone suffered from heat stroke, which disabled some features, such as the internet. Bye bye, video conferencing from Kent Hughes.

We therefore feel at the height of usefulness at work, lost in the suburbs, at 35 ° C, photographing the equivalent of Boulevard Tricentenaire in Pointe-aux-Trembles, in a street that clearly has no sacrificial link with Quebec, while real hockey news is happening.

“Quebec Street is in an area where the streets are in alphabetical order, with two streets for each letter, explains Phil Goodstein, author and local historian. The first street is named in honor of a person, a literary character or a geographical place, and the second, a plant. ”

The two names chosen were then Quince (meaning “quince”, the fruit of the quince tree) and Quebec. “Due to the scarcity of places starting with the letter Q, the choice of Quebec seems logical,” Goodstein continues.

“And it’s probably a coincidence, but just east of Quebec Street, on the grounds of a former military base, there is an area undergoing revitalization, which includes a gym and a hockey rink. ”

Our bus route took us several kilometers north of that sector, so no photos of the arena, unfortunately. However, the trip introduced us to station 26, the microbrewery mentioned in Saturday’s postcard. At least the beer was good.