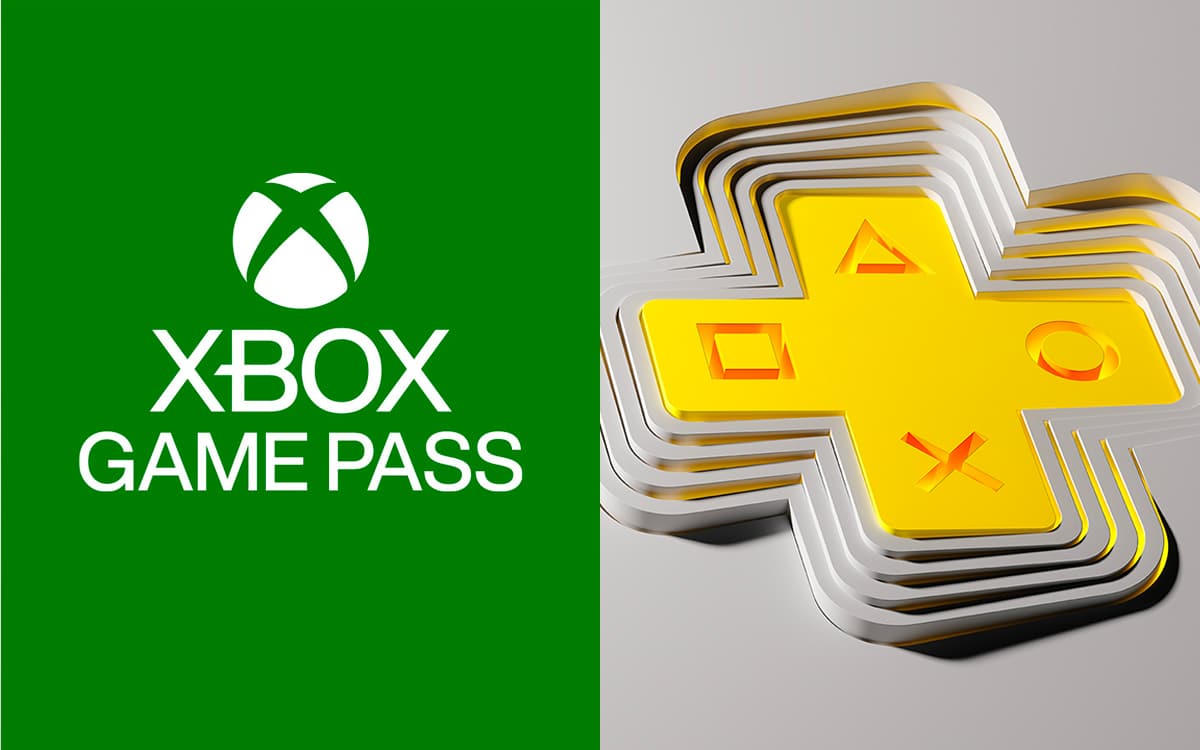 From 23 June 2022, Playstation Plus must land in France with a whole new formula born from the merger between the current PS Plus and PS Now. The opportunity for us to engage in an excellent comparison between Sony’s offering and Microsoft’s Xbox Game Pass, its main competitor. Price, strengths and weaknesses, catalog, let’s make the point together.

As you may know, Playstation Plus is expected to return in a new format on June 23, 2022. This redesign, resulting from the merger of the current PS Plus and Playstation Now, Sony’s cloud gaming service, will offer three different subscription levels.

This project, codenamed Spartacus, was designed by Sony to compete directly with Microsoft’s Xbox Game Pass. Knowing this, it was interesting to make a full comparison of offers. Analyze their catalogs, their benefits and their prices, to help you see more clearly before signing up for a subscription.

With the new Playstation Plus, Sony and Microsoft are on an equal footing, in terms of the different offers available anyway. In fact, players can choose between three distinct subscriptions. Here they are in detail:

As for Ubisoft +, negotiations are still ongoing with the French publisher, but several games from the Assassin’s Creed franchise have just landed on the Game Pass, a sign of the good agreement between Microsoft and Ubisoft.

When it comes to pricing, we tend to give Sony the point. How come ? The Japanese manufacturer offers the option to opt for a monthly, quarterly or annual payment. And of course, Buying within the quarter or within the year saves you money.

In contrast, Microsoft does not yet offer a quarterly or annual subscription to Xbox Game Pass. You will have to settle for a monthly payment, even if the manufacturer offers the first three months at a reduced price on two of its formulas. Here are the prices in detail:

The different benefits offered by PS Plus and Xbox Game Pass

To obtain interesting advantages, you will need to contact Xbox Game Pass Ultimate. Here is the content of the offer:

We come now to Playstation Plus. Unlike Xbox Game Pass, each formula offers different benefits. Of course, the Premium formula has the largest number. But again, let’s see all this in detail:

The catalog of games for PlayStation Plus and Xbox Game Pass

Of course, this is the main argument here and the two services opt for a diametrically different proposition. If you like quantity and retrogaming, the PS Plus in its Premium version seems ideal, as the formula will allow you to access more than 750 games from the catalogs of all Sony consoles (except PS Vita).

But be careful, for the moment the PS5 games are limited in number and it will probably take several months before the PS5 catalog expands. Otherwise, don’t expect to get your hands on the latest Playstation exclusives via your PS Plus Extra or Premium subscription, this is not on the agenda.

On the other hand, Xbox Game Pass doesn’t pay retrogaming (aside from the few retro games offered through Xbox Live Gold), but it will allow access at no additional cost. the latest news coming from the manufacturer and his studiossuch as Starfield, RedFall, Forza Motorsport or Senua’s Saga: Hellblade 2. In total, Xbox Game Pass Ultimate allows you to enjoy 500 games, and note that the catalog is constantly expanding (games are withdrawn after some time anyway).

As you may have guessed, both formulas have their advantages as well as their shortcomings. The Playstation Plus gives retro gaming pride of place and has a rather generous catalog, while the Xbox Game Pass (especially in its Ultimate formula) offers a more limited catalog, but it is more oriented towards the most recent versions.

The economic aspect is also a component to be taken into account. Keep in mind that both Playstation Plus and Xbox Game Pass offer subscriptions without obligationso it’s up to you to try them out for a month to determine if one of the services suits you or not (this applies to all formulas).

So much for this overview of the Xbox Game Pass and the new Playstation Plus. And you, are you going to fall in love with Sony’s new offering? Tell us in the comments.