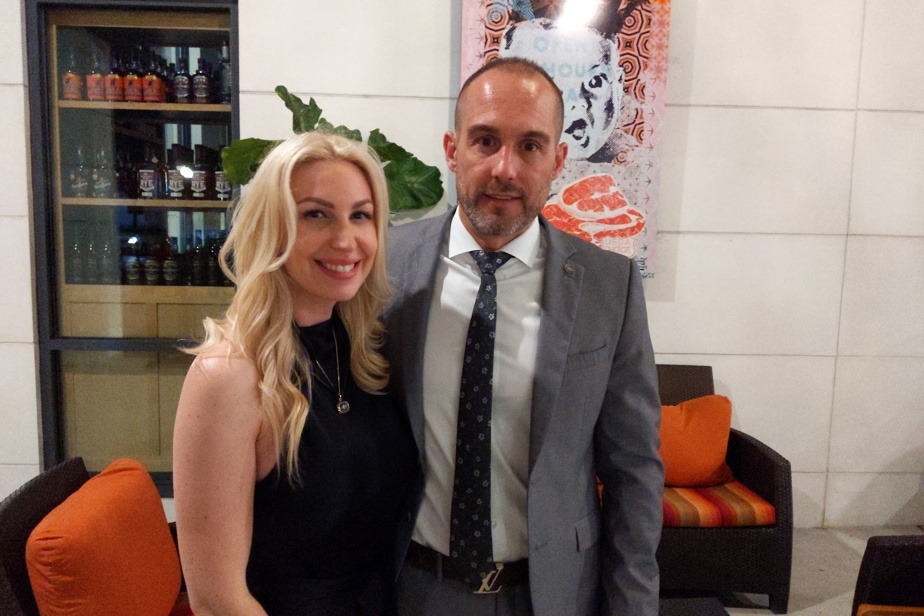 (Tampa) Chantal Machabée warned us when it was time to coordinate the meeting with Martin Lafleur. “He is fine like his he father, he never refuses a request! ”

And indeed, on Tuesday morning, Martin Lafleur calls us to arrange a meeting after the NHL trophy ceremony.

So we meet in front of his hotel in the evening. An hour earlier he had presented the Ted-Lindsay Trophy, awarded to the most valuable player in the NHL, as voted by the other players. A trophy that his father, Guy, won for three years in a row, from 1976 to 1978, when the award was named after Lester B. Pearson.

Accompanied by Sportsnet colleague David Amber, he presented the trophy to Auston Matthews. The announcement followed the homage to the missing hockey people last year, a video that started with Clark Gillies and Matiss Kivlenieks and ended with Mike Bossy and Guy Lafleur.

He took advantage of his evening to chat with Matthews, but also with Claude Lemieux and Joe Sakic, who played two years with his father in the Quebec Nordiques, from 1989 to 1991. Martin Lafleur has very specific memories of Sakic, and no, these don’t are stories of mini-hockey in the Nordic locker room …

“I remember that Joe, with Tony Hrkac, was always trying to invite me to Dagobert to go and have a drink with them! launches the 47-year-old man, still amused. My father wasn’t so happy, for example! But I was happy to see them again. I took the initiative to shake Joe’s hand. ”

Martin Lafleur is accompanied by his wife Angelica. “The League has thought of everything, invites us here with my wife and we are very welcome”, he explains.

And no, it was not a question of saying no, because those who knew the father know that in his choices of answer there had never been. Even when he was ill, he continued to give interviews when his health conditions allowed.

Martin Lafleur was due to leave Tampa around 4am Wednesday morning to go to Ontario for another event on his father’s behalf.

I also represent my family and it is an honor to do these events, because my father would have done it.

“We lived it in the Ardente Chapel. She completely changed the perception we had of the fans, she continues. It has always been a challenge for us. The fans appreciate them, but they have taken away many moments of our life. But we don’t blame them! It was positive, it was for a photo, an autograph.

“But at the Ardente Chapel, people came to visit us to tell us about the person. Not out of hockey curiosity. They were people touched either by a call from my father or a visit to the hospital. Or it was a father who wanted to help his son as my father did my brother. He was human and he changed me, because I find it so important to continue this charity. ”

Martin Lafleur will continue his father’s work by serving as ambassador of the Fondation du CHUM, a role that Guy Lafleur held until his death. The Guy Lafleur Fund raised $ 1.7 million, he says. Martin, dreams of the figure of 10 million.

This is one way to cope with pain. Wednesday will be two months since the Blonde Demon left us.

“It hasn’t entered my head yet. I worked with him, I played seven years with him in the Anciens Canadiens, I was in business with him. That’s a big chunk of my life that’s gone. It will take a long time for him to feel better. What is comforting are such events, with our hockey world, in the hockey world. These are good times that allow me to experience things through him.

“Events like tonight [mardi], it’s good, it’s paying homage to extraordinary people. I try to see it differently. And it gives me a kind of closure. It allows you to experience it in a more positive way, because I know that there will always be events related to my father. And it’s important to keep the name Lafleur in mind. ”