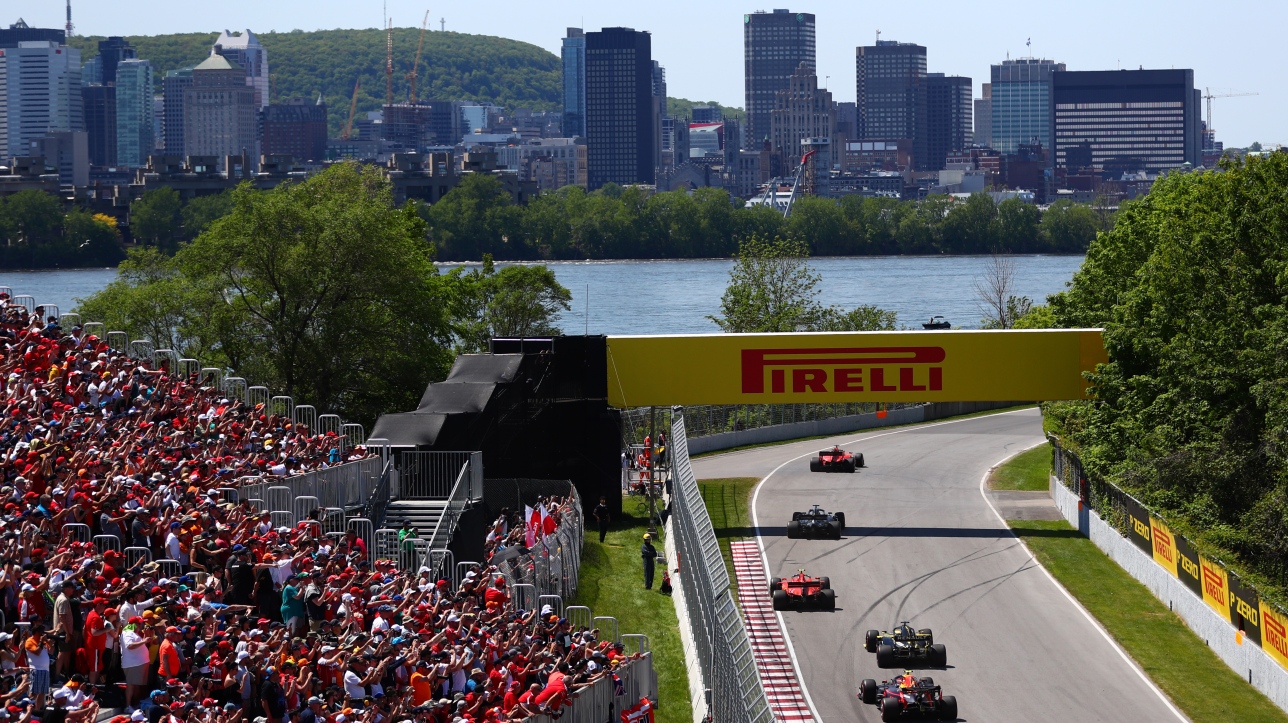 After two years of absence and the arrival of the new technical regulations for 2022, it is difficult to know who can really do well this weekend at Circuit Gilles-Villeneuve.

Lewis Hamilton and Mercedes have enjoyed great success in recent years on the Île Notre-Dame. The Brit has also won four of the last five editions of the Grand Prix, interrupted only by Sebastian Vettel in 2018.

Vettel also came very close to winning for two consecutive years in 2019, but remember that off the track gave him a five-second penalty due to his return to the track deemed dangerous by the stewards. The Ferrari driver therefore crossed the line first, but the victory went to Hamilton.

Except that Mercedes does not arrive in the metropolis as a favorite. The team has problems this season. Despite the arrival of a new flat bottom in Barcelona, ​​the gap with the leaders remained wide in Monaco and Baku. It would therefore be very surprising if this delay were canceled in Montreal, especially as it is a track that shouldn’t fit Mercedes. Asked in Baku about the circuits that could smile at the German team, boss Toto Wolff cited Silverstone, Paul-Ricard, perhaps the Red Bull Ring, but “definitely not Montreal”.

For the victory we should therefore turn to Ferrari and Red Bull, who have offered us a close and very interesting fight since the beginning of the season.

On paper we can believe that the Montreal circuit might be more suited to Red Bull. Since the beginning of the season, the Red Bulls have often had the advantage on the straights, while the Ferraris are more comfortable in the corners. The Gilles-Villeneuve circuit has many straights and several DRS areas which have been good news for Max Verstappen and Sergio Perez since the beginning of the season, especially in racing.

However, in the race, the Red Bulls have often shown more pace in long stints and are also less demanding on the tires, which has allowed Christian Horner’s team to take the strategic advantage on some occasions. That’s why, of Red Bull’s six wins this season, only one has come from the top spot.

Verstappen will also try to win a first race in Montreal, he who has amassed a podium in five starts during his career. As for Red Bull’s last win here, we have to go back to 2014, when Daniel Ricciardo’s first career win.

As for Ferrari, the spotlight is on the team after last Sunday’s double retirement. Charles Leclerc will want to get back in the standings on a circuit where he has already been successful, even if he has little experience in Montreal. In 2018 he sneaked into the points with a tenth place with Alfa Romeo.

Then, in 2019, Leclerc had obtained the second podium of his career with a third place.

We must not forget their team mate, Sergio Perez and Carlos Sainz either. Perez, with a victory in Monaco and a second place in Baku, overtook Leclerc to take second place in the standings. The Mexican is in excellent condition and has repositioned himself in full title race.

As for Sainz, he wants to forget a start to the season that was below expectations, sometimes a victim of mistakes on his part, but also of problems with the reliability of his team. He will try to be the seventh driver in history to win the first race of his career in Montreal.

What about the Canadians?

Two Canadians will be on track this weekend, Lance Stroll and Nicholas Latifi. Either way, let’s say the start of the 2022 calendar doesn’t really smile at them.

At Aston Martin, Stroll struggled to get the most out of his car, so he only scored points twice in the first eight races. His two points in the standings put him in 17th placeAnd drivers standings, while Sebastian Vettel is 14And with after missing the first two races of the season.

Red Bull, Mercedes and Ferrari, still the hegemony of F1

In his defense, the Canadian sometimes deserved better, especially at the Miami Grand Prix. After 10th qualifying, his best result of the season, Stroll had to start from the pit line due to a fuel temperature problem. Despite this problem and the contact with Kevin Magnussen, Stroll still moved up to tenth place in the race.

However, Stroll has work to do to feel more comfortable behind the wheel of his car. This is especially true in qualifying, his Achilles heel since the beginning of his career. He has only beaten his teammate twice in eight games (one against Vettel and one against Hulkenberg). The difference is particularly evident in the last two Grands Prix. While Vettel reached Q3 in Munich and Baku, Stroll had to settle for 18And and 19And rank.

Finally, Nicholas Latifi will finally have the chance to compete in his national Grand Prix, he who saw the Montreal Grand Prix canceled during his first two seasons in Formula 1.

Latifi had an encouraging season last year. He accumulated his first points in Formula 1, closing the year with seven units on the clock. He is unsurprising that George Russell had the upper hand, but he still showed an interesting pace throughout the season.

However, Latifi, who was born in Montreal, is having a lot of difficulties this season to adapt to his new car. There are too many off-piste and the gap with Alexander Albon, his new teammate, is too big.

The Canadian will therefore have to find solutions to his problems. Because even though he can count on significant financial support, his wheel could very well be at stake if the results don’t improve.

We hope for him that a move at home can give new life to his season.