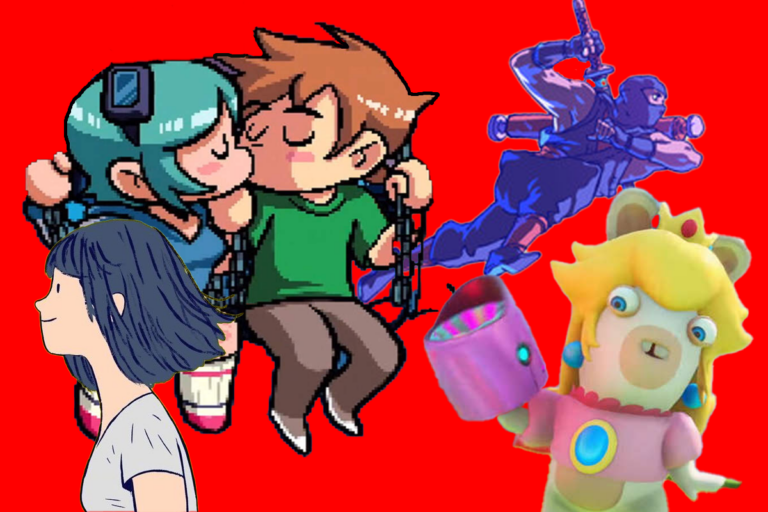 Looking for a cheap Switch game to download to your Nintendo hybrid console to expand your video game library? Okay: Nintendo has a selection of discounted games from its varied catalog right now for its flagship console, and there are some great games available at low prices. Huge discounts, great deals and great deals not to be missed for all types of players (console player, custom player) because it only lasts a few days!

How to find a cheap Switch game in the Nintendo promotions and enjoy the best offers and discounts?

By the way, keep it to yourself, but whether you are in the US, France, UK, Spain, Japan or anywhere in the world (or almost), you can create a Canadian account and take advantage of all these promotions in how much they differ from region to region and the price differences can be huge. Ape Out, for example, is not for sale on the French eshop. So now is the time to take advantage of it for most players. If you don’t know how, we will explain in a future article how to create a foreign eShop account and where to buy eShop cards.

In Ape Out, you play a captive monkey who escapes from his cage to save himself while taking revenge on his captors.

The genius of Ape Out is the way the music combines the action and the unique visuals. Every time you break down a door or a skull, you can hear some percussion and create a real symphony of jazz and violence.

At this price, it’s a must have for the home / portable console!

Florence is a unique game like I’ve never seen it before. You are invited to experience the ups and downs of a love story in a game that tells its adventures through small and simple actions; tidy up her room, brush her teeth, post a photo.

A magnificent and touching story told in a simple way, without words or dialogue and which is completed in about thirty minutes.

We can finally start having friends again and Heave Ho is the perfect game to entertain your guests.

In this party game, you have to create “human” chains to successfully achieve your goal. Will you be able to successfully throw your teammates towards the end of the level or will you throw them into a bottomless pit instead?

One thing is certain; the laughs will be numerous.

The Messenger is possibly one of the best games ever developed in Quebec. In this tribute to Ninja Gaiden, you play a ninja tasked with carrying a message to the top of a mountain.

But what appears to be a simple search becomes more complex as the drawing of the game deepens. Brought by a game Accurate and satisfying, hilarious writing and unforgettable characters, The Messenger is a memorable game that you will want to play again and again.

When Aurora dies, she wakes up in a mysterious realm populated by fascinating creatures. Accompanied by a luminous fairy, she tries to come back to life to comfort her grieving father.

Developed by Ubisoft, this beautiful game feels like stepping into an interactive fairy tale, with graphics reminiscent of watercolor illustrations and a breathtaking soundtrack from Coeur de Pirate.

Full of humor, Donut County is an uplifting experience that will make you laugh out loud at every turn.

Largely inspired by XCOM, this turn-based strategy game pits the inhabitants of the Mushroom Kingdom and Rabbids against a host of silly enemies. Mario’s combat against other creatures is always excellent.

The Gold version also includes downloadable content with other characters such as Donkey Kong and Co. adding to the main adventure.

If you are a fan of 2D platform games, you CANNOT miss out on Rayman Legends. This platformer offers precise and satisfying controls, a punchy visual style and a memorable soundtrack.

Plus, the title is overflowing with content, giving you enough to occupy long hours and is one of the best Switch games.

Don’t sulk for your own pleasure and jump on Rayman Legends, especially at this price point.

Scott Pilgrim vs. the World: The Game – Complete Edition

Scott Pilgrim has long been a cult game that sadly became inaccessible after the copyright expired.

Fortunately, Ubisoft brought this excellent title back last year, particularly on the Nintendo Switch, allowing a wider audience to rediscover the game. Scott Pilgrim is a retro fighting game that pays homage to classics from the 8-bit era, such as Mega Man and River City Ransom.

An excellent game, at a price that cannot be refused.

Valkyria Chronicles is a series of strategies that mix turn-based and real-time combat, a unique and fun blend, but one that must be seen in action to understand. In addition, it fits perfectly with Nintendo’s concept of a hybrid console.

The series places us in an alternate version of WWII where some superpowers exist and change the course of the war.

A unique series of the highest quality. Plus, at this price, you get access to two Switch games of nearly 40 hours each. An advantage!

The full list can be found on your Nintendo Switch console or on the Nintendo Canada website.

Read also: our reviews of Xenoblade Chronicles Definitive Edition Switch games for RPG lovers available now on the Nintendo eShop / Nintendo Store; Nintendo Switch Sports to use the Switch controller in a different way / Nintendo Animal Crossing New Horizons for those looking for a zen experience; Mario Tennis Aces to see what our plumber is capable of; our Nintendo Direct recap.